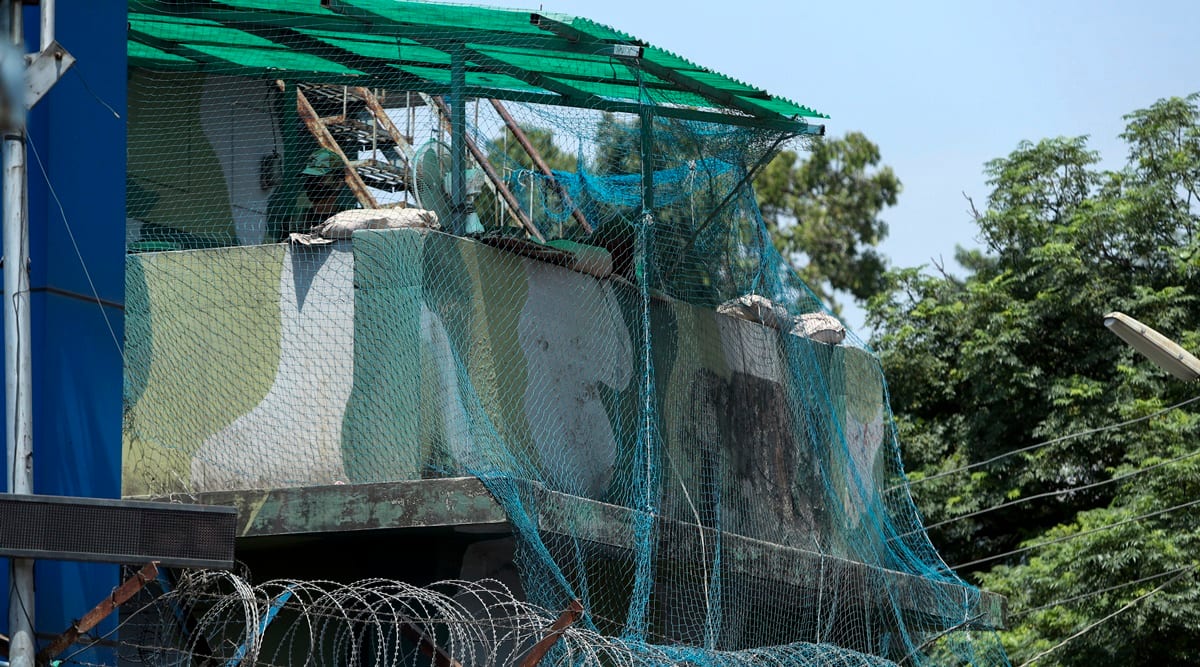 The improvised explosive devices (IEDs) dropped from a suspected drone on the Indian Air Force (IAF) Station in Jammu on Sunday were fitted with “shaped charges” for “impact in just one direction”, according to sources.

Meanwhile, the Army said “a major threat was thwarted” as its troops opened fire at two drones spotted over the Ratnuchak-Kaluchak military area – the first at around 11.45 pm on Sunday, followed by another at 2.40 am on Monday. Sources said it was not known whether the drones were carrying any payload as they “flew away”.

While the NIA and NSG teams have reached Jammu to investigate the drone attack on the IAF station, an officer privy to the investigation details said: “The explosive is suspected to be RDX. The bombs were sophisticated, pointing to an expert assembler. They had been made in such a way that the impact would be in just one direction, that is towards the ground.”

“Both the drones flew away. A major threat was thwarted by the alertness and proactive approach of troops,” he said, adding that the security forces are on high alert and a search operation is in progress.

A senior Army officer told The Indian Express that troops spotted lights from the drones and opened fire. “Only the blinking lights were spotted, and then they fired on them,” he said.

He said the troops were “on alert” after the attack in Jammu earlier. Saying that there “could be a link” between the two incidents, he said such incidents have “altered” the “dimensions” of national security.

Military stations in the area have been placed on high alert and the NSG has deployed its anti-drone squad near some vital installations in Jammu and Kashmir.

“It is not uncommon to see drones from across the border coming into Indian territory for surveillance. Sometimes, there are over 150 such attempts in a year. In this case, we don’t yet know the purpose of these sorties, but one has to be alert on every such intrusion,” said an officer.

While security forces are aware of drones dropping weapons and ammunition from across the border, the possible use of commercially available cheap drones to drop explosives is a new threat.

In 2002, 31 people, including three Army personnel, 18 family members of soldiers and 10 civilians, were killed when militants attacked the Kaluchak military station.