Lying closed since 1947 after members of the Sikh community migrated from Pakistan, the gurdwara, located on the northern boundary of Rohtas Fort, a UNESCO world heritage site, has fallen prey to neglect. 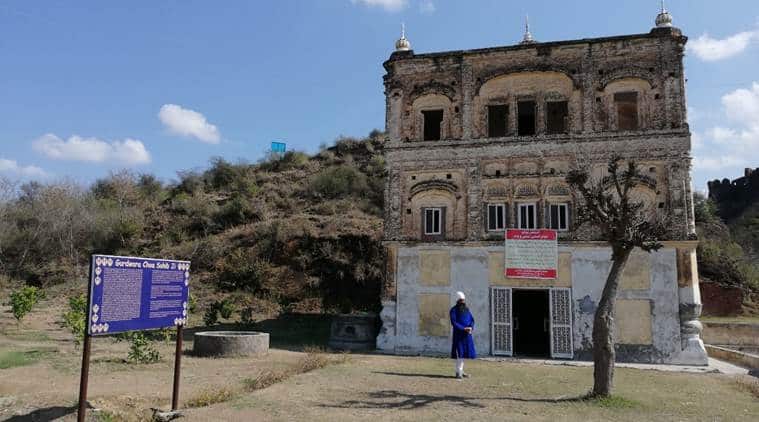 Seventy-two years after Partition, the historic Gurdwara Choa Sahib in Jhelum district of Punjab province in Pakistan is all set to open its doors to Sikh devotees on Friday, in the run-up to the 550th birth anniversary of Guru Nanak Dev.

Lying closed since 1947 after members of the Sikh community migrated from Pakistan, the gurdwara, located on the northern boundary of Rohtas Fort, a UNESCO world heritage site, has fallen prey to neglect. 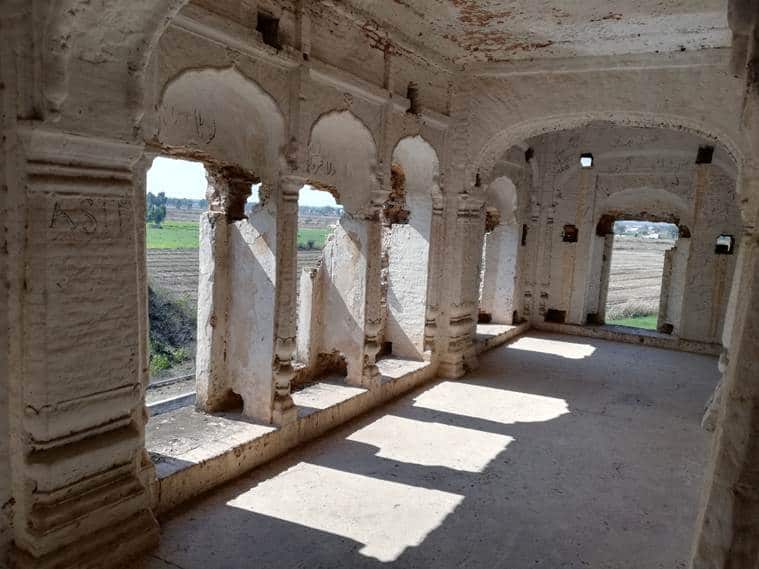 The gurdwara building was commissioned by Maharaja Ranjit Singh and completed in 1834. The opening ceremony is scheduled for Friday, as announced by the Pakistan Sikh Gurdwara Prabhandhak Committee (PSGPC). Its president Satwant Singh and Dr Amir Ahmed, chairman, Pakistan’s Evacuee Trust Property Board (ETPB), are expected to open the gurdwara with an ardaas (prayer), and begin restoration work for the installation ceremony of Sri Guru Granth Sahib. 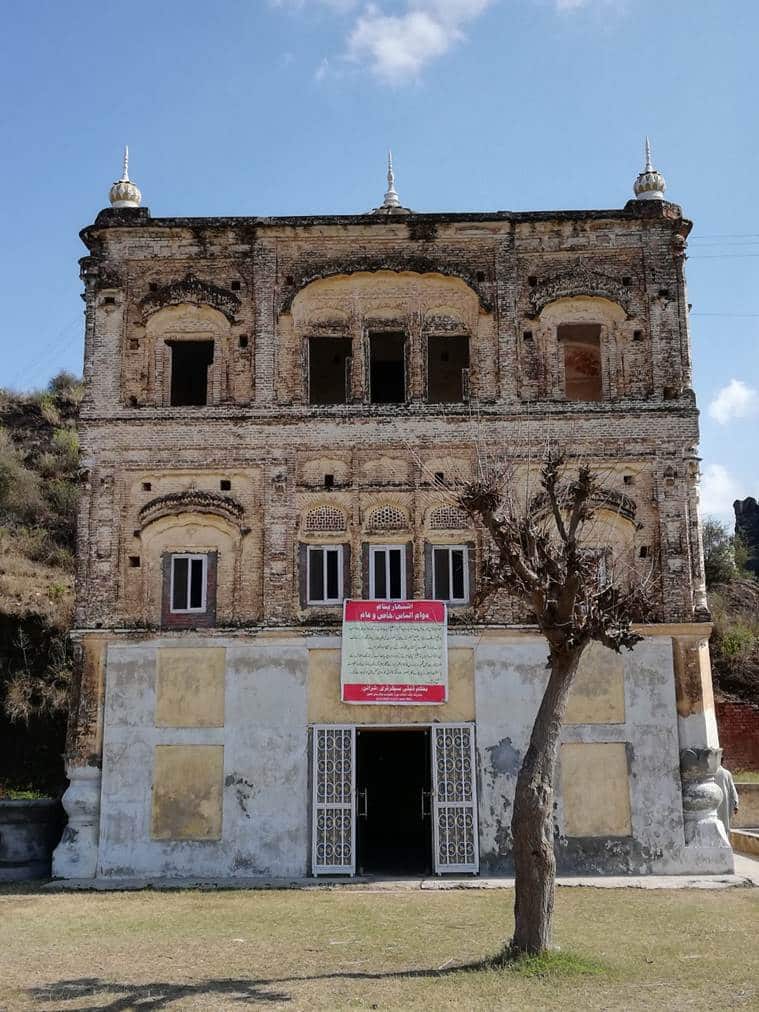 It is believed that Guru Nanak had been here while returning from Tilla Jogian temples where he went to meet the Nathpanthis. (Photo courtesy: Pak historian Shahid Shabbir)

Speaking to The Indian Express over phone, Dr Mimpal Singh, a PSGPC member, said, “The gurdwara has been lying closed since Partition as there was no sangat to take care of it. As a gift to Sikh community on the 550th birth anniversary of Guru Nanak, it was decided to reopen it. The ceremony will be held on Friday with PSGPC and ETPB heads opening the gurdwara gates. An ardaas will be held along with Sri Sukhmani Sahib path to begin the auspicious work. After some basic restoration of the dilapidated building and langar preparations, we will install Sri Guru Granth Sahib and devotees will be welcomed to pray.”

He added that the site is easily approachable from the four main cities of Pakistan — Rawalpindi, Islamabad, Lahore and Peshawar — and thus the Sikh community, believed to be around 25,000 in number in Pakistan, will benefit. “From all four cities, it is can be reached in 2-4 hours. It is not just about the historic gurdwara being opened for devotees but about preserving Sikh heritage and legacy in Pakistan which unfortunately we couldn’t since 70 years. A beginning has been made,” he said.

“PSGPC and ETBP with government’s support will be funding restoration work,” he added. 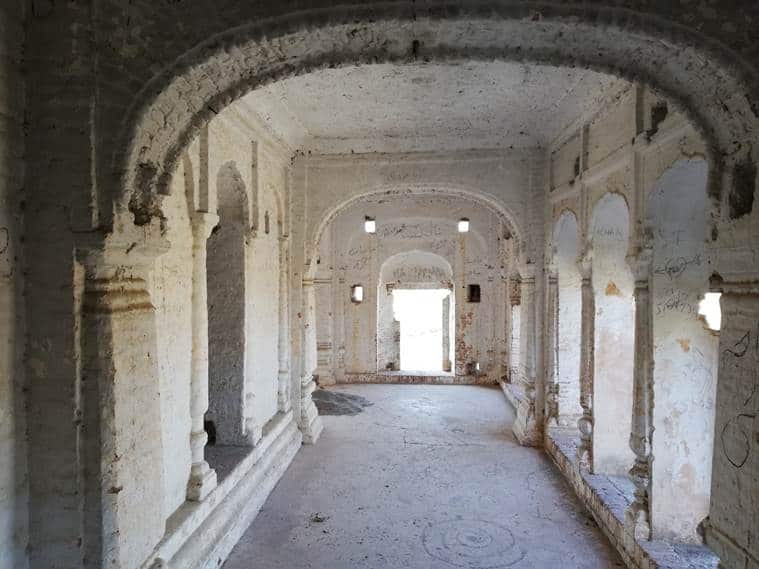 Lying closed since 1947 after members of the Sikh community migrated from Pakistan, the gurdwara, located on the northern boundary of Rohtas Fort, a UNESCO world heritage site, has fallen prey to neglect. (Photo courtesy: Pak historian Shahid Shabbir)

Amardeep Singh, a Sikh historian, writer and photographer, who has done extensive research on Sikh history in Pakistan and had featured a photograph of the crumbling Sri Choa Sahib gurdwara on the cover page of his book ‘Lost Heritage- The Sikh Legacy in Pakistan’, said: “The gurdwara must be restored and not rebuilt or reconstructed. The Pakistan government should ensure that the gurdwara is restored to its pristine glory without tampering with its original architecture.”

On March 30, 2016, an architectural marvel, the Gurdwara Bhai Biba Singh in Peshawar, which was also lying closed since 1940s, was opened on the demands of the local Sikh community and Sri Guru Granth Sahib was installed there. The community had demanding the same since 2007 and later, ETPB spent Rs 55 lakh on restoration of its marble and wood carvings work.

The PSGPC has also decided to open gurdwara Sri Khara Sahib (Mattu Bhai Ke) at Noshehra Virkan in Gujranwala of Punjab province, also lying closed since the Partition. Known for its grand architecture, it is believed that Guru Hargobind Singh started a movement against tobacco and alcohol consumption from here.

Japan Open Badminton 2019 Quarter Finals, PV Sindhu vs Akane Yamaguchi: When and where to watch?