The bench warned of strict action against the authorities in case they failed to comply with the direction and file the status reports before the next date hearing on October 30. 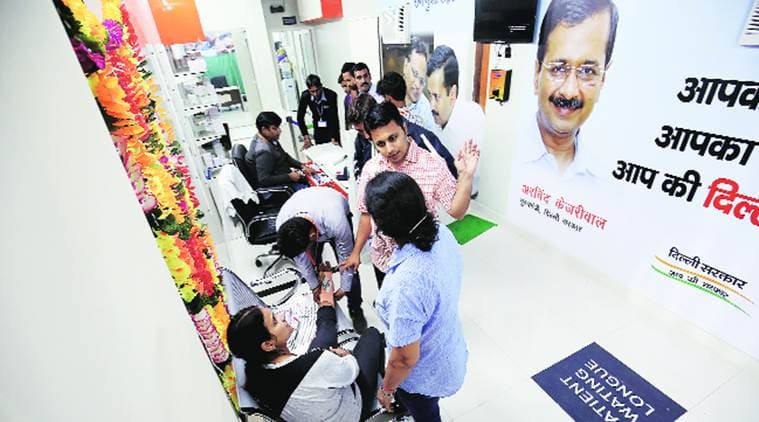 The Delhi High Court today asked the Centre, AAP government and civic bodies here to explore the possibility of setting up Mohalla Clinics in all parts of the city to provide adequate health facility to the people. A bench of Acting Chief Justice Gita Mittal and Justice C Hari Shankar also directed the authorities including the land owning agencies to examine the sites suggested by the Delhi government for establishing these facilities.

It issued notice and directed the government and other agencies to file feasibility reports with regard to the land falling in their jurisdiction within two weeks. The bench warned of strict action against the authorities in case they failed to comply with the direction and file the status reports before the next date hearing on October 30.

Delhi government counsel Sanjoy Ghosh said that the proposal for neighbourhood health facility scheme has been approved by the competent authority. He submitted that the department has identified several free sites in the city. The counsel also submitted that their endeavour is to set up the Mohalla Clinics, that offer essential health services, at every two kilometres in the city.

The health project had been delayed after complaints of irregularities were received by the LG, leading to a probe by the Vigilance Department. The lack of land for the project had also held it up. The court was hearing NGO Justice for All’s plea for direction to the authorities to allot adequate number of plots for construction of these clinics with permission to raise the appropriate temporary structures to run them.

Advocate Khagesh B Jha, appearing for the NGO, alleged that the LG has now approved the scheme of Mohalla Clinics but due to multiplicity of agencies and difference of opinion among them has led to the scheme working in very slow pace. The NGO submitted that “the poor residents of the city have no means to afford the costly treatment of the private hospitals and are completely dependent on the government hospitals and dispensaries which has limited strength and unable to serve the population in normal days.”

Seeking direction to the Centre, DDA and MCD to remove the technical difficulties for construction of the temporary structures and running the clinics, the plea urged that the authorities be asked to depute doctors, staffs and provide proper facilities for their smooth functioning.

Privacy is about trust between government, people: Niti Aayog VC