The chopper was travelling back from Kedarnath when it crashed near Garud Chatti. 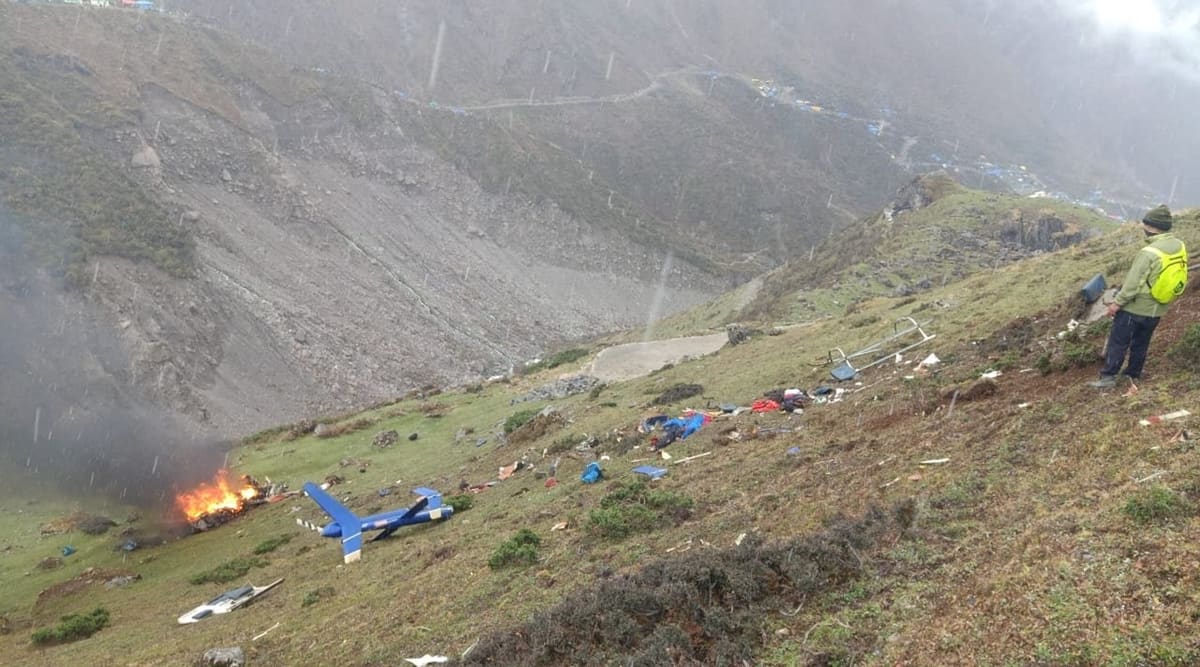 A helicopter from Phata crashed in Uttarakhand. (Photo: ANI)

All seven people, including a pilot, onboard a helicopter carrying Kedarnath pilgrims were killed as it crashed after colliding with a hill amid low visibility in Uttarakhand’s Rudraprayag district Tuesday morning.

According to primary reports, the chopper, owned by Delhi-based Aryan Aviation Private Limited, was travelling back from Kedarnath when it crashed near Garud Chatti just a few minutes after it took off.

A search and rescue operation is ongoing with teams of the State Disaster Response Force (SDRF) and district police at the spot. The operation, however, has been hindered due to rain in the area. 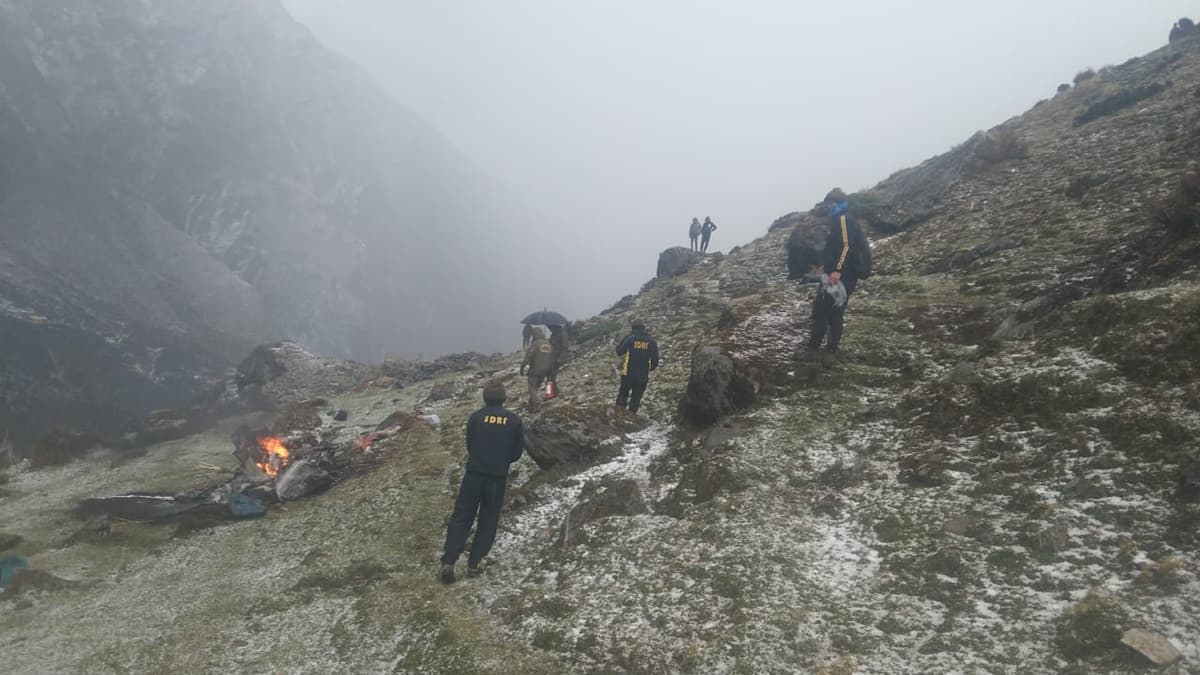 An SDRF team at the site of the crash in Uttarakhand. (Credit: SDRF)

In a statement issued, the SDRF said the incident took place between Lincholi and Garud Chatti, and rescue teams from Kedarnath and Lincholi have reached the spot. “The search and rescue operation is going on. The helicopter was from the Aryan Company and seven people were travelling on it. Due to fog, there was less visibility and the helicopter crashed after colliding with a hill,” said the statement.

Those travelling on the helicopter have been identified as Purva Ramanuj, Kriti, Urvi, Sujata, Prem Kumar, Kala, and pilot Anil Singh.

“Anguished by the helicopter crash in Uttarakhand. In this tragic hour, my thoughts are with the bereaved families: PM @narendramodi,” said the Prime Minister’s Office on Twitter.

Anguished by the helicopter crash in Uttarakhand. In this tragic hour, my thoughts are with the bereaved families: PM @narendramodi

“Got the sad news of the death of some persons in an unfortunate helicopter crash at Garud Chatti near Kedarnath. The SDRF and district administration teams have reached the spot for rescue and relief operations. An order has been issued for the detailed inquiry of the incident,” said Dhami in a tweet.

TV actor Vaishali Takkar’s mother accuses Rahul Navlani of ruining her life: ‘He was adamant about getting her wedding called off’