On the sidelines of a public function in Gidderbaha, Warring told mediapersons,”Maan sa’ab said nothing wrong. He has never criticised anyone in the past 45 years. He has stated that we should respect all languages." 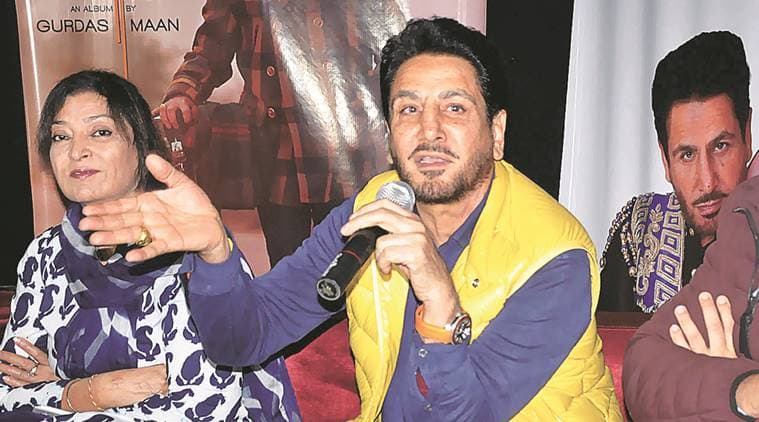 Gurdas Maan at the launch of his new album Punjab in Mohali on Saturday. Express

GIDDERBAHA MLA and Punjab CM’s political adviser, Amarinder Raja Warring, has come out in support of legendary singer Gurdas Maan, who is caught in a controversy over his remarks about having a common language for the entire nation. Warring is the first Punjab politician to support Maan, who also hails from Gidderbaha.

On the sidelines of a public function in Gidderbaha, Warring told mediapersons,”Maan sa’ab said nothing wrong. He has never criticised anyone in the past 45 years. He has stated that we should respect all languages. Nowhere has he disrespected Punjabi language, which is our mother tongue. In fact, he has worked a lot to promote his mother tongue Punjabi across the world. We owe a lot to him.”

Maan in an interview to a radio station in Canada had stated that while people must respect their mother tongue, at the same time there was a need to have a common language to interact with people of other states.

Warring said,”He respects every language. Had he been asked about Urdu, Tamil or any other language, he would have said respectful words for those languages as well. It is really sad that a few people are criticising him for no reason. The protestors need to feel ashamed, the amount of work done by Maan sa’ab for Punjabi language can never be compared to anyone.”

Warring also supported Mansa-based Sidhu Moosewala, who is caught in a controversy after lyrics referring to 18th centuary Sikh warrior Mai Bhago. SAD had demanded arrest of the singer and protest was also staged at his village Moosa in Mansa after release of his song ‘Jatti Jeonae Morh Di Bandook Wargi’ in which he made a reference to Mai Bhago. Moosewala has apologised on social media over this issue.

Warring said,”Moosewala is a popular singer and he has made Punjab proud. He has a great fan following. If he has said something beyond his knowledge, and said sorry for the same, then I feel that people should accept his apology and leave the matter. The ones who are demanding apologies are also full of follies.”