Held on way to Hathras, Kerala journalist, 3 others charged under anti-terror law

They were detained by Uttar Pradesh Police on Monday from a toll plaza in Mathura while they were on their way to Hathras to meet the kin of the deceased Dalit woman who was brutally assaulted and allegedly gangraped by four upper-caste men last month. 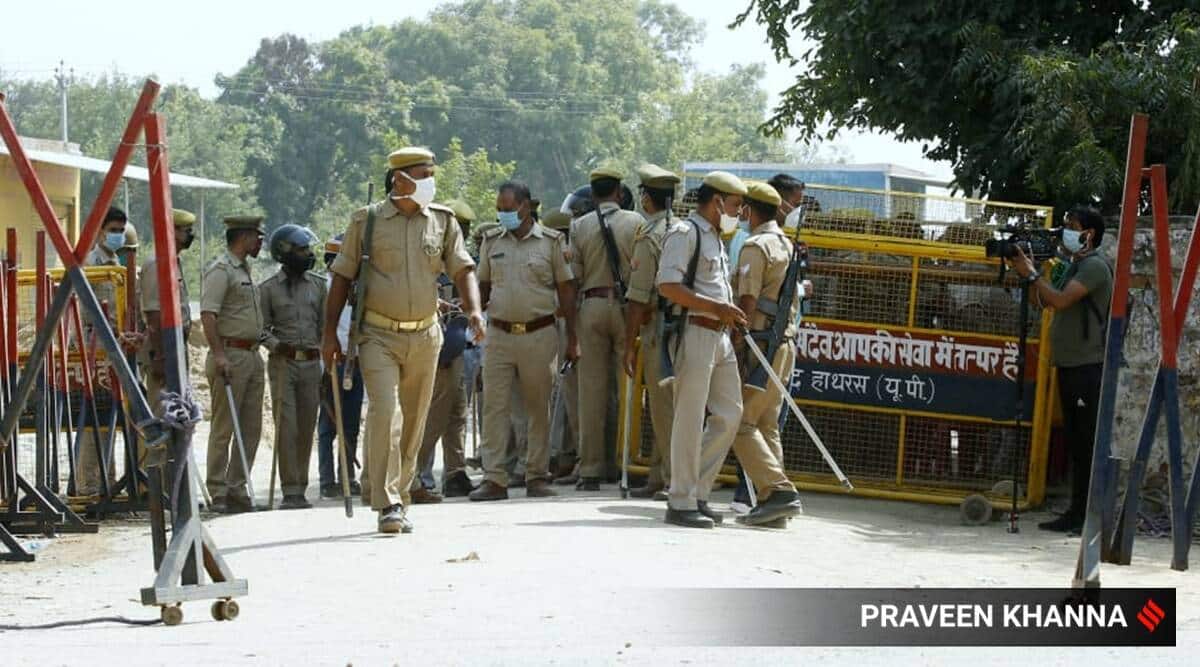 Mathura Police claimed to have seized material from laptops, phones as well as literature related to protests which could have “impacted” law and order in the area.

A 41-year-old Delhi-based journalist working with Malayalam news outlets and three others were booked on Wednesday under the Unlawful Activities (Prevention) Act (UAPA) and charged with sedition for their alleged links with the Popular Front of India (PFI) and its students’ organisation Campus Front of India (CFI).

They were detained by Uttar Pradesh Police on Monday afternoon from a toll plaza in Mathura while they were on their way to Hathras to meet the kin of the deceased Dalit woman who was brutally assaulted and allegedly gangraped by four upper-caste men last month.

The journalist was identified as Siddique Kappan, secretary of the Kerala Union of Working Journalists (KUWJ) who writes for Malayalam news websites like azhimukham.com. He is currently in preventive custody of Mathura police. Apart from Kappan, CFI office bearers Atiq-ur-Rahman and Masood Ahmed have been detained along with another person identified as Alam.

The UAPA is primarily an anti-terror law – aimed at “more effective prevention of certain unlawful activities of individuals and associations and for dealing with terrorist activities”.

While Kappan hails from Kerala and has been living in Delhi’s Nizamuddin area for years, Rahman is from Muzaffarnagar, Ahmed from Bahraich, and Alam from Rampur.

“During questioning, the men said they were travelling from Delhi to Hathras to meet the victim’s family, and wanted to raise the voice of the family and provide them ‘justice’,” said a senior police officer in Mathura.

Editorial | With a flurry of FIRs, UP government criminalises protest, takes a vengeful view of its mandate

“During a check at Maant toll plaza on Monday morning, we found the movement of a Swift Dzire car suspicious. We questioned the four persons and they were taken into preventive arrest under CrPC Section 151. It appears that they were heading towards Hathras. While no FIR has been filed against them, they said they are related to PFI and CFI during questioning,” Gaurav Grover, SSP Mathura, told The Indian Express.

Mathura Police claimed to have seized material from laptops, phones as well as literature related to protests which could have “impacted” law and order in the area.

Speaking to The Indian Express, K N Ashok, editor of the news portal azhimukham.com, said: “Kappan has been writing for us on Delhi-NCR since January. On Monday, he texted me saying that he is going to Hathras for a story. I don’t know who the three people accompanying him are. We tried calling him yesterday evening but we couldn’t get through. Later, we found out that he has been detained by Mathura police.”

Explained: Who are the PFI, the organisation that UP wants banned?

Kappan was detained from the toll plaza around 2 pm, said journalist Manikantan, former secretary of KUWJ. “Kappan started writing for azhimukham.com this year. He has no affiliation with PFI. Earlier, he used to write for Thejas, which is a mouthpiece of PFI. It closed down in 2018 due to a financial crisis and he lost his job. Then he started working for another newspaper called Thalsamayam, which too shut down last year,” said Manikantan.

Meanwhile, the Delhi unit of KUWJ has written a letter to Prime Minister Narendra Modi and UP Chief Minister Yogi Adityanath on Kappan’s detention. “We have filed a habeas corpus petition in the Supreme Court against the illegal detention of a journalist who was doing his job… The Constitution of our country protects the freedom of press. Kappan’s arrest is a breach of Constitutional values,” the Delhi unit of the Union said.

The letter to the UP CM, signed by KUWJ president Miji Jose, said, “He is the secretary of KUWJ… and had gone to Hathras Monday morning to cover the present situation in the area… We understand that he was taken into police custody by UP Police from Hathras toll plaza. Our efforts and the efforts by some advocates based in Delhi to contact him were not successful.”

The Press Club of India too released a statement saying that Kappan should be “released without delay”. “It is our apprehension that the Yogi Adityanath government, in line with its clearly stated conspiracy theory as explanation for the tragic Hathras incident, will employ diversionary tactics to take the focus away from the many suspicious, possibly criminal actions of its police and administration and the virtual silence of the political leadership on the Hathras tragedy,” it said.

In Bahraich, Additional SP K Gyananjay Singh said: “The youth identified as Masood Ahmed (23) is a resident of Jarwal locality. Organisations such as PFI, CFI and SDPI work on similar ideology of inciting religious tension, conspire to riots, disrupt peace. This person has been detained in Mathura; in the past too, we have made several arrests from Jarwal locality of people connected to PFI and SDPI for trying to initiate riots during the Bhoomi Pujan at the Ram Janambhoomi in Ayodhya.”

IPL 2020: When and where to watch Kolkata Knight Riders vs Chennai Super Kings?