The protesters have alleged that the FIR names as accused all those who briefly met Chief Minister Manohar Lal Khattar in Karnal on April 24 to convey their demand for a “fair investigation” in the murder case. 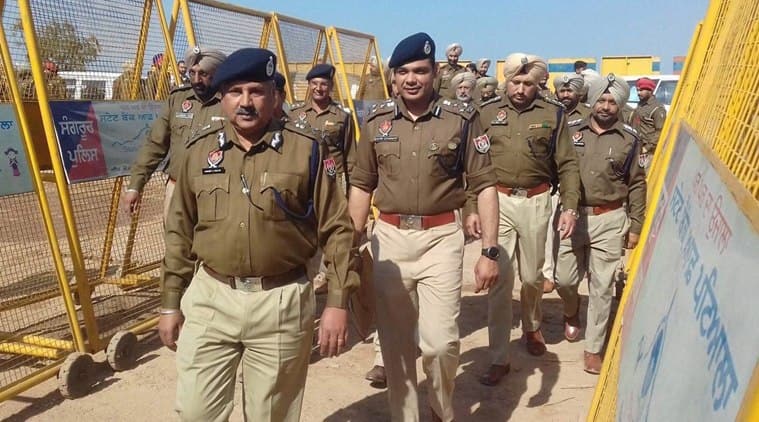 Haryana Police have booked 15 Dalit activists, including two students of Kurukshetra University, under the sedition charge for alleged “provocative speeches against the government” during a protest demanding the release of four Dalits arrested for a murder during inter-caste clashes at Paterhedi village in Ambala three months ago.

No arrest has been recorded yet, said police sources, adding that the murder victim belonged to the Rajput community. The protesters have alleged that the FIR names as accused all those who briefly met Chief Minister Manohar Lal Khattar in Karnal on April 24 to convey their demand for a “fair investigation” in the murder case.

Following the murder in March and the arrests, Dalits and rights organisations had held a sit-in from April 21 to April 26 at Karan Park in Karnal to demand action against those behind the clashes in the village.

The FIR, which the police has not made public, states that during the protest, the villagers raised “provocative speeches against the government” and “disrupted the peace of the local residents”. Police sources said that 15 people have been named as accused in the FIR.

Station House Officer, Karnal Civil Lines, Mohan Lal, confirmed that apart from rioting, unlawful assembly and other charges, sedition charges under Section 124A have also been made against the protesters. The FIR has also accused the protesters of creating a roadblock in Karnal on April 24, disrupting peace in the area and engaging in a scuffle with police on duty.

When contacted, Karnal SP Jashandeep Singh Randhawa said he was not aware of any sedition charge in the case. “This case pertains to some agitators who were protesting about some issues in Ambala and had blocked roads, and engaged in a scuffle with local police. I am not aware if the sedition charges are there are not, but if at all there is any element of sedition, we will take a legal opinion. If the charge is not made out, it would be revoked,” Randhawa told The Indian Express.

Asked about their meeting with Khattar, one of the organisers of the protest, who did not wish to be named, said, “It was a meeting of a few minutes while the Chief Minister was on a visit to Karnal and was walking towards his vehicle. Two days later, all those who had met the Chief Minister were included as accused in the FIR.”

According to police sources, those named as accused in the FIR are the “main faces” of the campaign who were part of a committee spearheading the protest, which was attended by over 400 people at Karan Park. “The struggle was against a wrong that was committed, and the sedition charge is an attempt to suppress it. The police action has declared that it is now illegal to gather people for a protest. The leadership has been the focus of police action as they want to suppress the protest,” said Monika, a post-graduate student of Mass Communication in Kurukshetra University and an accused in the FIR.

On Wednesday, a team of lawyers under the People’s Union for Civil Rights in Haryana met senior police officers in Karnal but claimed that it was denied copies of the FIR by police, allegedly on the ground of “national security”. “The FIR is not yet in the public domain and the police department refused to share it with the delegation, stating that team has no right to receive a copy,” said Advocate Ankit Grewal, a member of the delegation.