The land ceded by the mosque had been given by it earlier on a perpetual lease to the administration, to build a police control room, in the wake of the demolition of the Babri Masjid, mosque officials said. 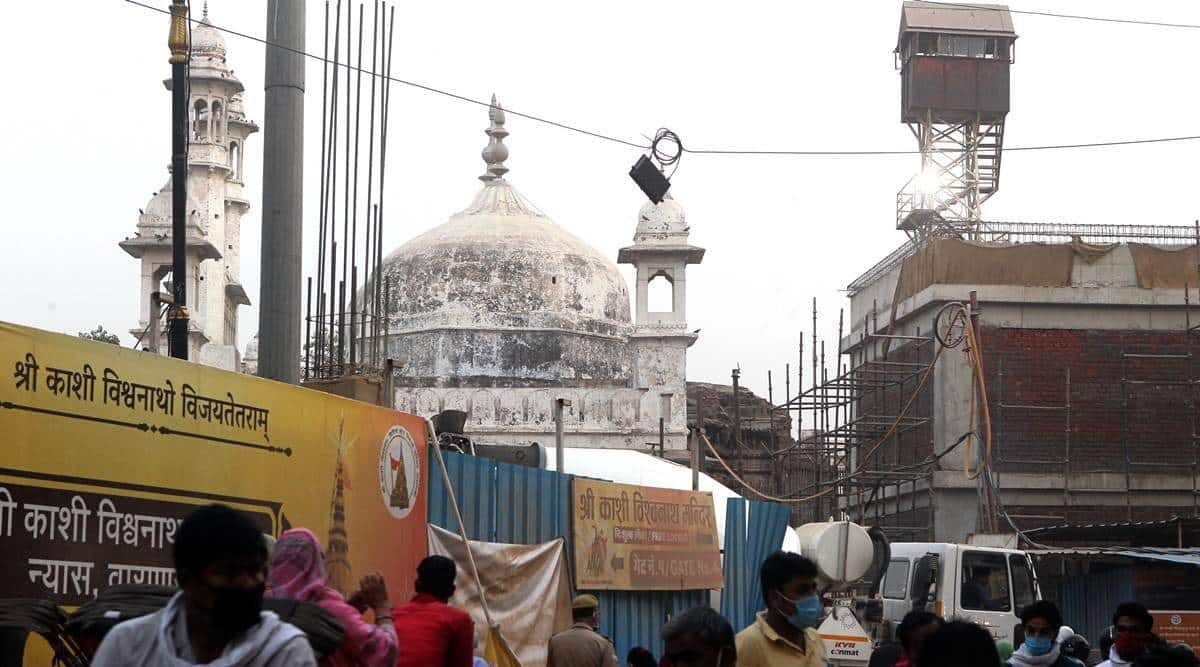 The committee that runs the Gyanvapi Masjid in Varanasi has handed over a piece of land outside the mosque complex to the Kashi Vishwanath Temple Trust, in exchange for another plot of land in the vicinity.

The land ceded by the mosque had been given by it earlier on a perpetual lease to the administration, to build a police control room, in the wake of the demolition of the Babri Masjid, mosque officials said. The Trust had sought it several years ago for the temple corridor project in Varanasi, a mosque official said.

While this plot, located around 15 metres from the mosque complex, is equal in value to the one it was exchanged for, it is larger in size. The land given by the mosque measures 1,700 sq ft compared to the 1,000 sq ft given to it in exchange.

S M Yasin, joint secretary of the Anjuman Intezamia mosque and the caretaker of the Gyanvapi Masjid, told The Indian Express that the plot handed over was not connected to the mosque and is separate. “Under the Gyanvapi mosque committee, there are three plots of land.

One of them has the mosque, then the second plot is a common passage between the two places of worship. The third plot was handed over to the district administration a year after the Babri mosque was demolished to build a control room for security of both the places,” said Yasin. The police control room that stood at the spot has now been demolished for the project.

Yasin said the land, owned by the Uttar Pradesh Central Sunni Waqf Board, was given on lease for an unlimited period and without any transaction. “The Trust had requested us to give this land a couple of years ago, and after checking the rules for such a transfer, we finalised it on July 8.”

Waqf Board Chairman Zufar Farooqui said the land given to the Trust was commercial and was more valuable. “The officials asked us for it as it was needed for the Kashi Vishwanath Temple Corridor project,” Farooqui said.

Chief Executive Officer of Shri Kashi Vishwanath Temple Trust Sunil Verma said the transfer was done between the Trust and the UP Sunni Central Waqf Board. “The land has nothing to do with the mosque. Because this land could not be bought as it is Waqf property, we exchanged it, which was done on the basis of value. The land handed over to the mosque was under the control of the Shri Kashi Vishwanath Special Area Development Board till now,” said Verma.

The development comes three months after a local court in Varanasi ordered an ASI survey of the disputed Kashi Vishwanath Temple-Gyanvapi Mosque complex to “find out as to whether the religious structure standing at present at the disputed site is a superimposition, alteration or addition or there is a structural overlapping of any kind, with or over, any religious structure”.

The UP Sunni Central Waqf Board and the mosque committee had challenged the order in the Allahabad High Court, arguing that such a suit is barred under provisions of the Places of Worship (Special Provisions) Act, 1991. The matter is being heard in the High Court.

All my phones tapped, says Rahul Gandhi; hand them for probe, counters BJP