Gurmeet Ram Rahim Singh sentencing HIGHLIGHT: The case dates back to 2002 when the journalist was murdered in Sirsa city in Haryana after he ran a story in his newspaper, 'Poora Sach', about the alleged sexual exploitation of women by the Dera chief.

Dera Sacha Sauda chief Gurmeet Ram Rahim and three others have been sentenced to life imprisonment for the killing of journalist Ram Chander Chhatarpati. The special CBI court in Panchkula pronounced the quantum of sentence on Thursday. A fine of Rs 50,000 each has also been imposed by the Court.

The court had found them guilty of murder and conspiracy on January 11 and convicted them under relevant sections of the Indian Penal Code (IPC). The case dates back to 2002 when the journalist was murdered in Sirsa city in Haryana after he ran a story in his newspaper, ‘Poora Sach’, about the alleged sexual exploitation of women by the Dera chief.

The CBI has allowed Ram Rahim, who is currently serving a 20-year term in connection with another case, to appear for the hearing via video-conferencing. The state had sought permission for the same as a precautionary measure, citing the violence that broke out after his conviction in 2017. The other three convicts, Krishan Lal, Kuldeep Singh and Nirmal Singh, will appear before court.

A Special CBI court in Panchkula pronounced quantum of sentence against Dera chief Gurmeet Ram Rahim Singh and three others.

This is the triumph of truth, says son of the murdered journalist

This is the triumph of truth, I feel relieved today. The prosecution had demanded capital punishment but we're satisfied with the punishment, said Journalist  Ramchandra Chhatarpati's son Anshul on court pronouncing the quantum of sentence to Gurmeet Ram Rahim Singh. 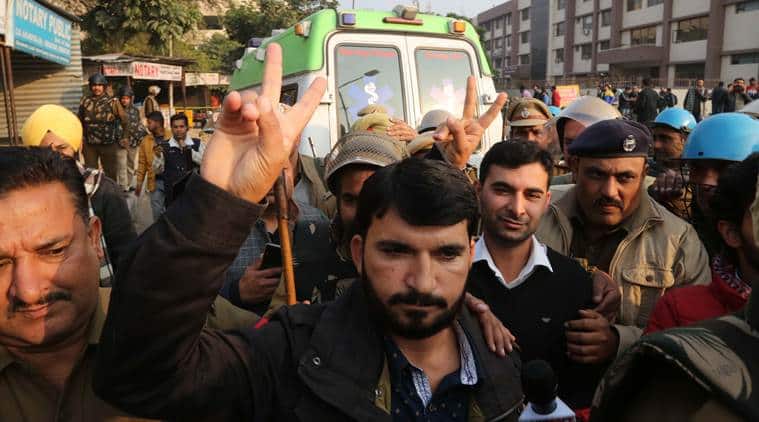 The Special CBI Court in Panchkula also imposed a fine of Rs 50, 000 each on all the convicts.

Life sentence awarded to Ram Rahim and three others

Security tightened in Sirsa ahead of sentencing 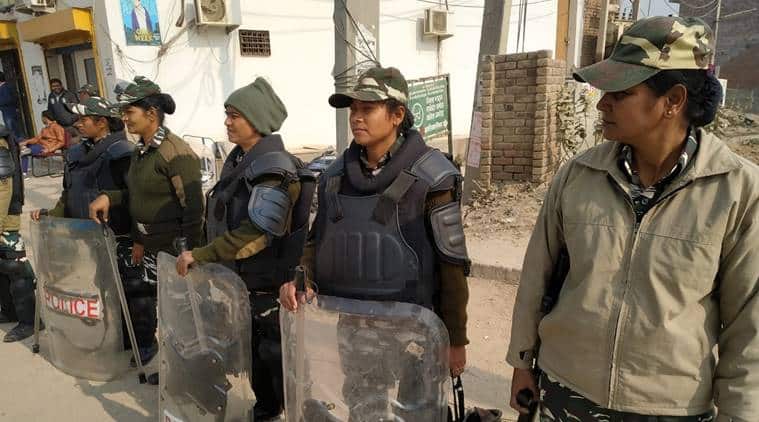 Recalling the sequence of events Khatta Singh said, “On October 23, 2002, Gurmeet Ram Rahim returned after attending a gathering of his followers in Jalandhar when then Dera manager, Krishan Lal, showed him the newspaper ‘Poora Sach’. The paper, owned by Ram Chander Chhatarpati, carried a report accusing Gurmeet Ram Rahim of sexually exploiting women at the Dera. Kuldeep Singh and Nirmal Singh were also with Krishan Lal. Gurmreet Ram Rahim lost his cool and ordered to ‘silence the voice of the man’ behind the newspaper. Next day, on October 24, 2002, I received a call from my house that the journalist had been shot at”.

Tight security in Panchkula ahead of sentencing

Security has been increased in Panchkula and around the CBI court ahead of the sentencing. (Express Photos: Kamleshwar Singh) 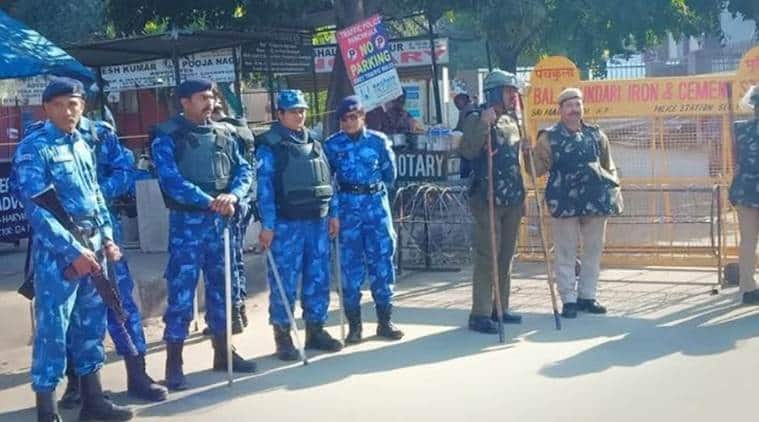 What the conviction of Ram Rahim means for the Dera, politics in the region

The Indian Express explains: The conviction on rape and now, murder, charges has delivered a major blow to Gurmeet Ram Rahim’s image. For his family, it will be a huge challenge to explain these developments to the Dera’s followers and to keep them with it. A majority of the Dera’s followers are Dalits and from the backward castes. With Lok Sabha polls due in a few months and Assembly polls in Haryana following soon afterwards, it remains to be seen how political parties approach this vote bank. Read more here.

Already undergoing a 20-year sentence on rape charges, Friday’s conviction on murder and criminal conspiracy charges have come as a severe blow to Dera Sacha Sauda chief Gurmeet Ram Rahim Singh. The maximum sentence that can be given to the Dera chief, in this case, is death and the minimum, life imprisonment. He will be able to avail the legal remedy of challenging the verdict in higher courts of law. Read More

Gurmeet Ram Rahim Singh, 51, is the head of spiritual sect Dera Sacha Sauda that was established by Mastaa Balochistani on April 29, 1948. The sect is based in Sirsa district of Haryana and has over 46 other ashrams spread across the country. The Dera Sacha Sauda chief enjoys a massive following, a majority of whom are Dalits and from the backward castes. In 2015, The Indian Express ranked Ram Rahim as the 96th most influential Indians in a list of 100.

'Not a small task to expose a devil': Son of journalist Ram Chander Chhatarpati

Journalist Ram Chander Chattarpati's family awaits the court order on sentencing today. After the Dera chief and three others were convicted on January 11, Chattarpati’s son Anshul Chattarpati had told The Indian Express, “I will appeal the court to sentence him [Gurmeet] with capital punishment.” Read the full interview here.

Anshul Chattarpati after the conviction in Panchkula on Friday. (Express Photo: Jaipal Singh)

Security heightened in Panchkula ahead of Ram Rahim sentencing

The Haryana Police have increased security in Panchkula ahead of the CBI court's quantum of sentencing against Ram Rahim. When the Dera chief was convicted in a rape case in 2015, violence had broken out after protests from his followers. In light of this, the police have taken precautionary measures to ensure law and order prevails. In fact, this is why the CBI court has allowed Ram Rahim to appear before it today via video-conferencing.

Security has been heightened in Panchkula as a Special CBI court Thursday will decide the quantum of sentence for Dera Sacha Sauda chief Gurmeet Ram Rahim and three others in connection with the murder of journalist Ram Chander Chhatarpati.

A Special CBI court in Panchkula will sentence Dera chief Gurmeet Ram Rahim Singh and three others for the murder of journalist Ram Chander Chhatarpat. Ram Rahim is looking at a minimum sentence of life imprisonment and a maximum sentence of death. Follow our blog for the latest news and updates.

Ram Chander Chhatarpati, who ran a local newspaper in Haryana called 'Poora Sach', was murdered on October 24, 2002 after he published a news report on alleged sexual exploitation in Dera Sacha Sauda. The report, which came out months before in May 2002, was based on an anonymous complaint by a sadhvi, who accused the Dera chief of the crime.

Ranjeet Singh was killed when he was returning from his fields at his native village in Kurukshetra district. His father Jogender Singh, a former village sarpanch, fought a long legal battle but could not ensure justice in his lifetime and died in 2016 because of illness at the age of 80.

Explained: What the conviction of Gurmeet Ram Rahim means for the Dera and politics in the region

The murder was committed by Kuldeep Singh and Nirmal Singh, using Krishan Lal's licensed .32 bore revolver. The CBI, in its chargesheet, accused Gurmeet Ram Rahim Singh of issuing orders to launch a massive hunt for the people who had written and circulated the letter. The sect had denied the allegations and said they were raised as “a conspiracy to defame the Dera”.