As the controversy over Friday namaz takes the sheen off, the Sunday Express finds a sense of fear, foreboding and alienation in the Gurgaon’s corporate offices and condominiums, and a widening gap which few seem to be trying to bridge. 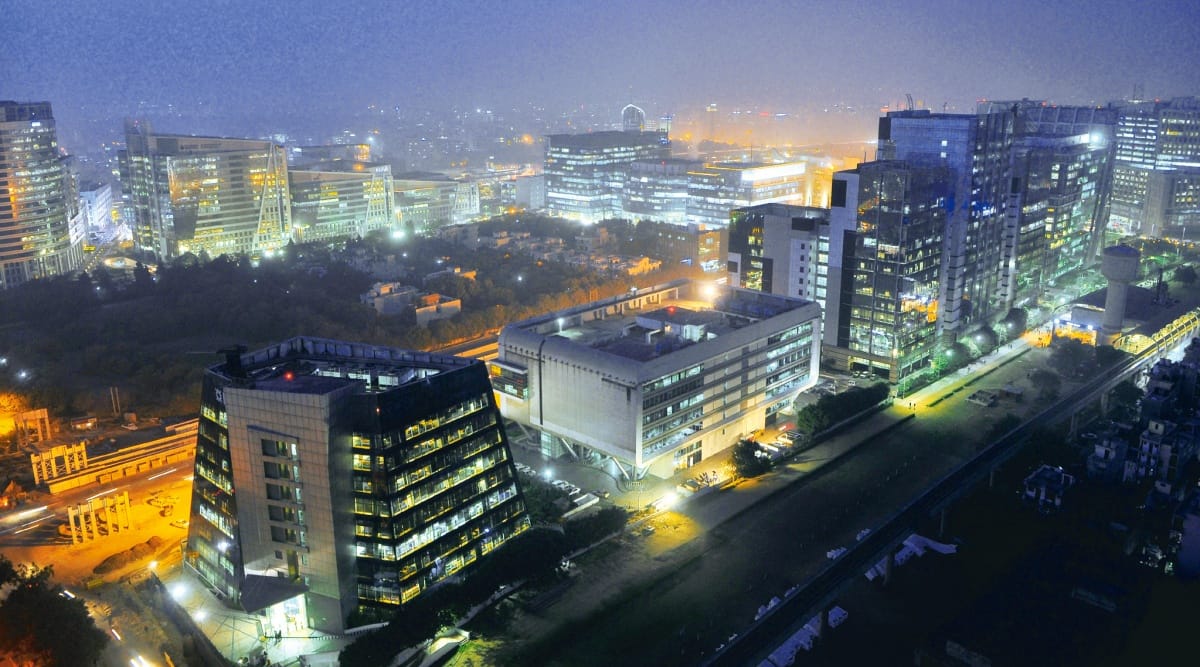 IT hub, Delhi’s posh suburb, one of the wealthiest cities in the country, Gurgaon has carefully cultivated an apolitical cosmopolitanism. As the controversy over Friday namaz takes the sheen off, the Sunday Express finds a sense of fear, foreboding and alienation in the city’s corporate offices and condominiums, and a widening gap which few seem to be trying to bridge.

At the open maidan next to Gurgaon’s Westin Hotel, what is most noticeable is an absence, a silence. Along Leisure Valley Road and a kilometre away from the Kingdom of Dreams, the city’s nod to Bollywood-styled extravaganza, the maidan is one of the few spots in Gurgaon designated for Friday prayers. But this Friday, like many others in the recent past, the air is fraught with tension.

“Yahan pe kahan sunoge azan, bhai. Namaz bhi jaan jokhim me daal deti hai (You expect to hear the azan here? Just doing namaz is a risk),” says Abdul, a 23-year-old who works as a hairdresser at a salon in a nearby mall.

Abdul had first gone to a park near the Kingdom Of Dreams — till recently, a government-approved space for Friday namaz — but was told by two constables that it was “no longer allowed” and that he must go to the maidan next to Westin, a kilometre away.

Between the Censuses of 2001 and 2011, Gurgaon’s population grew by 74%. The influx of labour — in the services sector, IT and communications — has led Gurgaon, Delhi’s poshest suburb, to become the 56th largest city in India by population and eighth by wealth. Its per capita income in 2020 was Rs 4.6 lakh, nearly three times the national average of Rs 1.3 lakh. Dotted with skyscrapers, malls, condominiums and bars, its landscape offers a panoramic view of the good life. But the recent controversies over jummah namaz or Friday prayers have exposed, for many residents, the fragility of the carefully cultivated apolitical cosmopolitanism.

In the posher parts — the colonies in and around Sushant Lok, Golf Course Road, Hamilton Court and Regency Park — there is, at first glance, an indifference to the turmoil. But scratch the surface, and it’s evident that the sense of foreboding has breached these gated communities as well.

A protest against namaz being offered in the open. (File)

Anil Mehta puts on a brave face. “Things clearly haven’t reached a tipping point yet,” says the recently retired CEO of India Shelter, a housing finance company with offices across the country. Mehta lives in The Laburnam, a condominium complex in Sushant Lok. “What’s happening here, the divisiveness, is going on all over the country. But for a call centre or corporate employee in Gurgaon, things haven’t gotten that bad.”

But the 33-year-old middle management executive at a multinational tech and social media firm, who has turned up for Friday prayers at IFFCO chowk, would disagree. On the condition of anonymity, he lets his anger pour out. “I have broken up with my (Hindu) girlfriend (out of fear), stopped speaking to friends and colleagues because they say the most bigoted things, without thought.”

He says he isn’t religious but is particular about the Friday prayers. “It’s about solidarity.” On the loudspeaker, a cleric asks devotees to offer namaz at their “homes, offices, factories, jhuggis” — this congregation is for people “who have no other choice”.

“In my office,” says the 33-year-old, “I can play video games, take time off for anxiety or depression. I can even take an afternoon off to ‘centre’ myself.” But he is afraid of the “looks”, the possible complaints to HR, if he “puts out a mat, puts on a cap and faces Mecca”. “What if someone lets the goons in on where I live? What if I am beaten up? For a Muslim yuppy, there is no safe place for namaz in office… Maybe it is time to move abroad.”

For T Hussain, a mason-turned-contractor who is working on a renovation project in an upmarket condominium, going abroad is not a choice he has or seeks — Gurgaon is his kingdom of dreams. “I came here from West Bengal over 25 years ago. So many of us have built a life here, made money, supported our families. But over the last few years, police have been coming to where I live and ask for kagoj (documentation), even though I am from Malda district and have the papers (Aadhaar and voter ID) to prove it.”

While he stays on for work, Hussain adds: “Nowadays, there’s always a bit of fear when we say we are going for namaz. But there are enough good people here, people we work for.”

But the “good people”, the rich and powerful, are afraid to help.

Also Read |Namaz should not be made into a show of strength: CM

The fear isn’t entirely unfounded. The Gurgaon Nagrik Ekta Manch, a citizens’ collective, conducted iftaars and protests, and helped negotiate spaces for namaz with the local administration in 2020, before the pandemic hit. “Covid has meant that mobilisation has reduced, though we are still very active on the namaz issue,” says Altaf Ahmad, co-founder of the organisation. Another, perhaps more pressing factor, has been the Delhi riots of 2020. The group was also involved in relief work during the violence, and many members have taken a back seat over fears that they could be slapped with cases.

Aftab Ahmed, the Congress MLA from Nuh constituency near Gurgaon, brought up the alleged discrimination against Muslims in the Haryana Assembly. Chief Minister Manohar Lal Khattar replied that the rules about public spaces and worship should apply to all communities and “displaying a show of strength which provokes sentiments of another community is not appropriate”.

On the ground, the relatively accommodating attitude that the local Gurgaon administration displayed in 2020 has disappeared. “The current furore about namaz is being manufactured for the UP elections,” says Ahmed, the Congress MLA. “The administration is under tremendous pressure from the BJP and RSS to heighten polarisation.”

Mohammad Adeeb, former Independent Rajya Sabha member and leader of the Gurgaon Muslim Council, seems subsumed by despondency. He has filed a contempt plea in the Supreme Court against Haryana Chief Secretary Sanjeev Kaushal and DGP P K Agrawal, citing the apex court’s 2018 judgment in Tehseen S Poonawalla v Union of India, which puts forth measures to be taken to prevent hate crimes. The court, he says, is the only hope because “none of the so-called ‘secular’ parties, including and especially the Congress, is willing to take a principled stand. Only the CPI(M) actually showed up on the streets in support of the namaz issue.”

Advertisement
Also Read |How a group disrupts namaz in Gurgaon

Somewhat ironically, Kuldeep Yadav, BJP councillor, shares this logic — that exclusion is what electoral politics demand. He was among those present during the anti-namaz protests in Sector 47. “Namaz is not the issue. If my constituents, the actual residents, want to stop something, I have to stand with them. Why should I support ‘outsiders’?”

A corporate leader who has worked with leading Indian and global banks says that till recently, employers in places like HUDA park would ensure that they provided water for wuzu (ritual ablutions before namaz), and space for their Muslim employees, at least on Fridays. But the fear of reprisal from “cultural organisations” and the government’s support of them have made employers wary.

“Today, if someone asks me whether Gurgaon is a good place to open an office, start a business — create jobs, basically — I would advise against it… Many people I know… are buying property abroad,” he says.

The Sunday Express tried to get in touch with leading corporates with offices in and around Gurgaon on the controversy and its impact on their sizeable Muslim workforce, but none responded.

“The more you have, the more you have to lose,” says a senior officer with a leading multinational FMCG brand. “The fact is, India Inc has the same biases as society.”

The banking sector leader is more direct. “In general, in the lending sector, Muslims are employed less and given fewer loans. Now, leaderships in companies have no qualms in saying to HR, ‘Don’t hire more Muslims. That’s more hassle than it is worth’.”

Gurgaon District Magistrate Yash Garg, BJP MP from Gurgaon and Minister of State for Statistics and Programme Implementation Rao Inderjit Singh, Haryana BJP president O P Dhankar, as well as the party’s MLA from the area, Sudhir Singla, none responded to calls or messages asking for a comment on the issue.

If the elite are afraid, and the marginalised are at the margins, is there no way to engage with the authorities to ensure a better dialogue, an opening?

“We all have children abroad,” said a Gurgaon old-timer. “If the son of Tavleen Singh (a columnist with this newspaper) can have his OCI (Overseas Citizen of India) status revoked, what hope do we have?”

Take 5: ‘We tell them that the unvaccinated will not be let into public places. It usually works’ 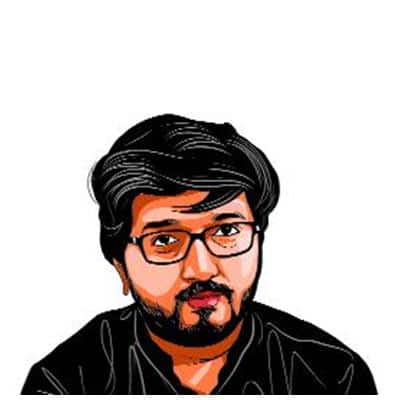