Gupkar alliance: J&K land regime was most progressive in subcontinent

The amalgam of mainstream parties said, “The statement of the official spokesman on 26th October’s MHA order is a bizarre attempt to distort facts, weave lies and mislead people.” 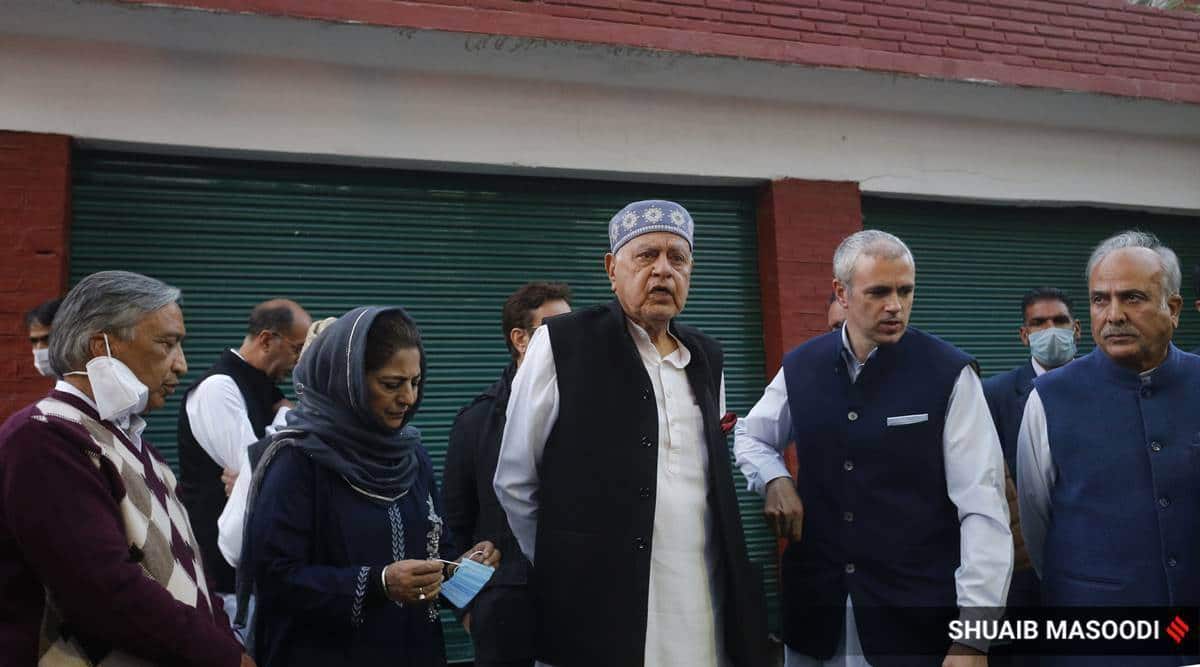 The NC and BJP had contested the Kargil Hill Council elections in 2018 on their own, said the BJP’s Executive Councillor, who represents the Shargole constituency.

Terming the government’s explanation on the new land laws as a “bizarre attempt to distort facts, weave lies and mislead people”, the ‘People’s Alliance for Gupkar Declaration’ has said its real objective is to effect “demographic change” in Jammu and Kashmir.

“In the entire Indian subcontinent, the land law regime of J&K (was) most progressive, pro-people and pro-farmer,” the alliance said in a joint statement. “The real object of repeal of the basic land laws and massive amendments to other laws is to push in and implement the agenda of effecting demographic change and disempowering the people of J&K.”

The amalgam of mainstream parties said, “The statement of the official spokesman on 26th October’s MHA order is a bizarre attempt to distort facts, weave lies and mislead people.”

“How can ‘Alienation of Land Act’ be termed as archaic when it prohibited transfer of land to a non State Subject thus protecting the interests of Permanent Residents of Jammu and Kashmir and at the same time made a provision for transfer of land by mortgage to organisations like Industrial Development Bank of India, Industrial Credit and Investment Corporation of India to keep pace with industrial development,” it said.

The People’s Alliance said that it was because of the land laws of J&K that the people didn’t starve to death or farmers didn’t commit suicide. “J&K was first in the country to implement the concept of ‘land to tiller’ by enacting ‘Big Landed Estates Abolition Act 1952’ followed by ‘Agrarian Reforms Act 1976’ restricting the land holding to twelve and half acres and ending the exploitative practice of absentee landlordism,” the statement said.

“Whosoever calls it archaic would be guilty of ignorance. It is because of the timely land reforms that there are no starvation deaths in J&K, no farmers suicides have been ever reported and everyone has available three fundamental necessities — food, clothing and shelter, the position that is now sought to be reversed by making massive assault on the land law regime.”

Jammu: Amandeep Singh Boparai, an activist who had last week hoisted the Tricolour outside the PDP office here to protest against party chief Mehbooba Mufti’s remarks, was Tuesday arrested on charges of violating Covid-19 restrictions. However, he was released hours later after furnishing a bail bond of Rs 20,000, a police officer said.

Mufti had courted controversy for saying that she will not raise any other flag till the flag of the erstwhile Jammu and Kashmir state flag is restored.

On October 24, Boparai hoisted the Tricolour at the PDP office in Gandhi Nagar, and was stopped by the police from doing the same again when he came to the PDP office with his supporters the next day. —ENS