Gujjar leader Kirori Singh Bainsla Friday had started a dharna along with his supporters demanding reservation for five communities including Gujjars. 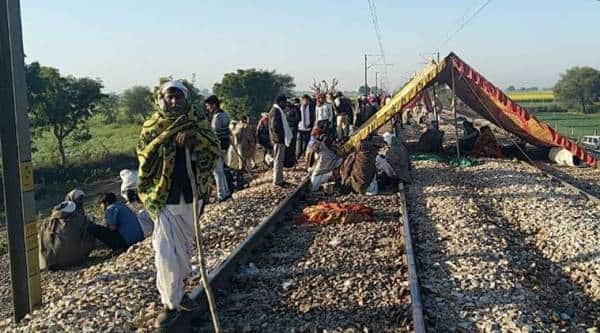 Due to the ongoing Gujjar dharna along railway tracks in Rajasthan’s Sawai Madhopur district demanding reservation, at least eight trains in Kota Division of Western Central Railway have been cancelled and 12 were diverted.

Gujjar leader Kirori Singh Bainsla Friday had started a dharna along with his supporters demanding reservation for five communities including Gujjars. The protestors are demanding five per cent separate reservation to Gujjars, Raika-Rebari, Gadia Luhar, Banjara and Gadaria for government jobs and admission in educational institutions.

Bainsla last month gave a 20-day “ultimatum” to the state government to clear its stand on reservation to the communities in government jobs and educational institutes, failing which he threatened of reviving the quota agitation. 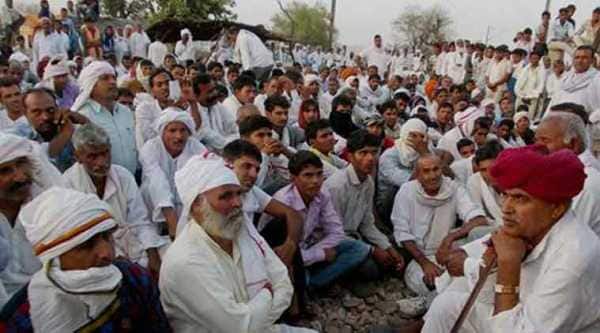 As the deadline lapsed Friday, Bainsla after holding a ‘Maha Panchayat’ at Malarna Dungar in Sawai Madhopur district, started the sit-in along with his supporters, blocking trains.

High-level meetings were held in the state capital to find out ways to pacify the agitators.

Meanwhile, members of Gujjar community sitting on the railway track in Maksudanpura of Sawai Madhopur told ANI: “We have good CM and a good PM. We want that they listen to the demands of Gujjar community. It isn’t an uphill task for them to provide reservation.” Bainsla had told reporters yesterday that things are changing fast and that people can’t be fooled all the time. “I have not come here but the crowd has brought me on the railway tracks. People cannot be fooled all the time. It is a fight to do or die. State government should stand on its promise. It will be a peaceful protest. I will lead the protest and the youths will support.”