27 judges, sitting & retired, get High Court notice for plots they got from Gujarat govt 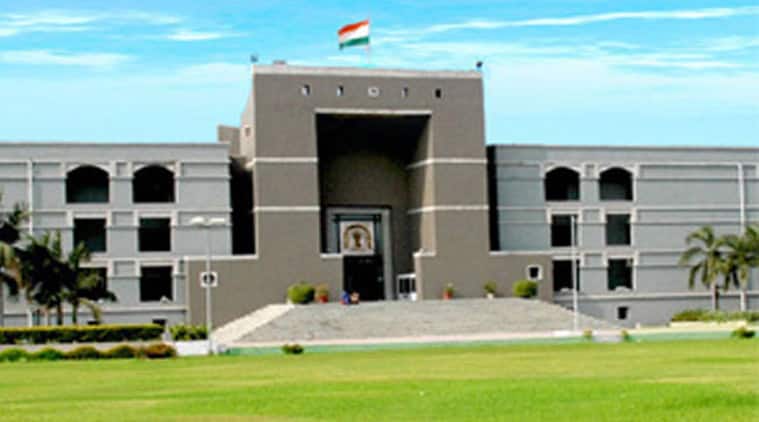 A bench of the Gujarat High Court, led by outgoing acting Chief Justice V M Sahai, today issued notices to 27 judges (both sitting and retired) of the court; the state Revenue Department; and the Ahmedabad Municipal Corporation among other government agencies, seeking their replies on the 2008 allotment of residential plots to sitting and retired judges.

The court took suo motu notice of two letters written last month by retired judges Justice B J Sethna and Justice K R Vyas alleging irregularities in the allotment and took these up as a PIL. These plots constitute Neetibaug Cooperative Housing Society and are located in the Sola and Gota areas which have emerged as plush neighbourhoods in the city.

Justice Sethna, who was appointed chairman of commission of inquiry for polarisation of population on the basis of different religions, in 2009, had sought a 400 sq m plot, saying his appointment equated him with a sitting High Court judge and, therefore, he was entitled to one. His letter of July 3, 2015 claims there were 48 plots in this society.

The PIL states that Justice Sethna had also written a letter in 2013 to then Chief Justice of the Gujarat High Court requesting to make “suitable recommendation” for allotment of plots. However, the PIL states, the then Ahmedabad collector had said that as per the government resolution dated November 6, 2008, “only sitting judges of GHC, the chief justice as well as former judges of GHC who are serving as chief justice or judge in the Supreme Court would be entitled for residential plots.”

Justice Sethna’s letter says: “The way in which the resolution in 2008 is passed it speaks volumes about it. It is a big scam. will be glad if the state government orders prosecution against the then collector, Ahmedabad; representatives of AUDA (Ahmedabad Urban Development Authority) and those judges of the High Court who remained present in the informal meeting, before passing of resolution…”

Justice Sahai, who is retiring on August 12, took up the PIL at 12.30 pm today and summoned Advocate General Kamal Trivedi at 2:30 pm. Trivedi said: “My lords are desirous of having plots… that makes you interested parties. Therefore, the bench should not hear this case.” To which Justice Sahai said: “How can you say that we are interested parties. We don’t tolerate hearsay evidence.”

At the end of the hearing, the other member of the bench, Justice R P Dholaria, recused himself and Justice Sahai ordered the court office to “take necessary steps today (Monday) so that the matter may come up tomorrow before the bench to be constituted by the Acting Chief Justice.”

Trivedi said that he knew the bench had called up the Collector’s Office and District Registrar of Cooperative Society, Ahmedabad, and got relevant documents. He said, “There will be perception of prejudgment on your part in which it can’t never be said that justice has been done…”

The court order said: “For compliance of the High Court of Gujarat (Practice and Procedure for Public Interest Litigation) Rules, 2010, a short enquiry was made into the allegation culled out in the aforesaid letters and for the purpose, collector Ahmedabad as well as District Registrar of Cooperative Society, Ahmedabad were requested to produce the documents with regard to Neetibaug Cooperative Housing Society along with its translated copies.”

The bench said: “Kamal Trivedi states that this bench should not hear the matter as this bench was desirous and had been interested in having a plot at Neetibaug Cooperative Housing Society. Further he states that queries have been made from the Collector, Ahmedabad on the letter written by B T Rao, advocate, former justice B.J Shethna and K R Vyas, chairman, Grievance Redressal Authority for Sardar Sarovar Project Affected Persons, Ahmedabad… who have requested the Chief Justice to treat their letter as PIL. Therefore, Kamal Trivedi, states that this Bench is not competent to hear the matter as the Bench has developed perception in the matter.”

Rejecting Trivedi’s plea that it should not take up the case, the court said: “(The PIL) involves judges of this Court, who are performing constitutional duties. This

is an era of transparency where everything has to be before the public and no one can claim that they are above law…Therefore, to state that any perception has been formed or we are swayed in favour of one party or another is not correct. The anxiety is that justice should be done. Serious complaint has been made in the aforesaid letters and after deliberation with heavy heart, this suo motu PIL has been taken up.”

The order says that since plots had been allotted to judges, the PIL can’t be heard ex parte against them. Therefore, the bench said, all judges who have been given the plots be impleaded as respondents to this PIL.

Among the questions which the court said needed to be addressed are: should the land have been allotted to the housing society or to individual judges? Has the sale deed been executed by the Government of Gujarat or Collector of Gujarat in the name of judges, the housing society or, individually, in the name of a judge? And, if it’s the latter, how is that permissible in law?