A number of Muslim residents of Vadavali have fled to neighbouring villages and many have taken shelter at a medical college in the nearby Dharpur village. 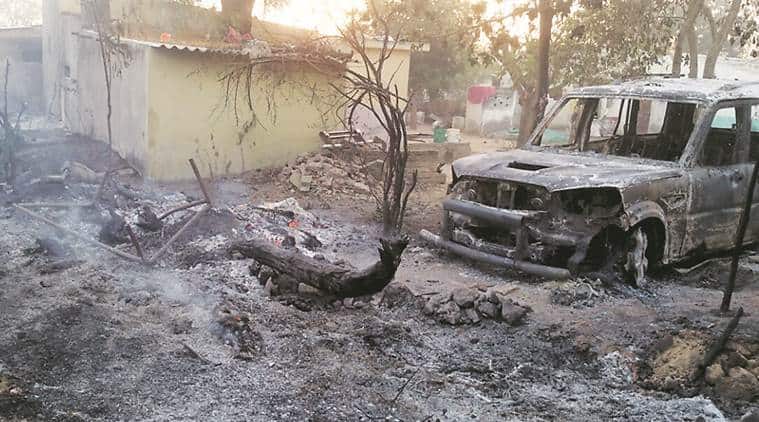 One person was killed and at least 12 were injured in a clash between two communities at Vadavali village in Gujarat’s Patan district following a scuffle between two students of Class 10 after their Board exams. Sources said the two students were climbing down the stairs in their school after their exams when one of them fell. This led to an argument that turned physical and other students joined in.

According to Additional DGP Tirth Raj, the students alerted villagers and soon, a mob of around 5,000 people attacked the Muslim residents of Vadavali village, ransacked dozens of homes and torched around 20 houses, vehicles and other properties. A 25-year-old, Ibrahim Belim, was killed in the violence and at least five of the injured are said to be critical. Police said they fired more than seven rounds and lobbed dozens of tear gas shells to disperse the mob.

A number of Muslim residents of Vadavali have fled to neighbouring villages and many have taken shelter at a medical college in the nearby Dharpur village.

Director General of Police PP Pandey said though the violence has subsided, three companies of the State Reserve Police will stay deployed in the village to maintain peace.

Vadavali, which has a sizeable Muslim population, is a ‘Samras’ village, a government scheme under which villagers choose their ward members and sarpanch through consensus instead of holding elections. Vadavali has a Muslim sarpanch.

Superintendent of Police of Patan district, Ashwin Chauhan, said, “We are combing the villages to ensure normalcy and are also trying to identify the accused.”

Chhattisgarh: No ambush, CRPF fired on us, ‘encounter’ victims argue