The circular has been received by the Primary Health Centres (PHCs) under the taluka. 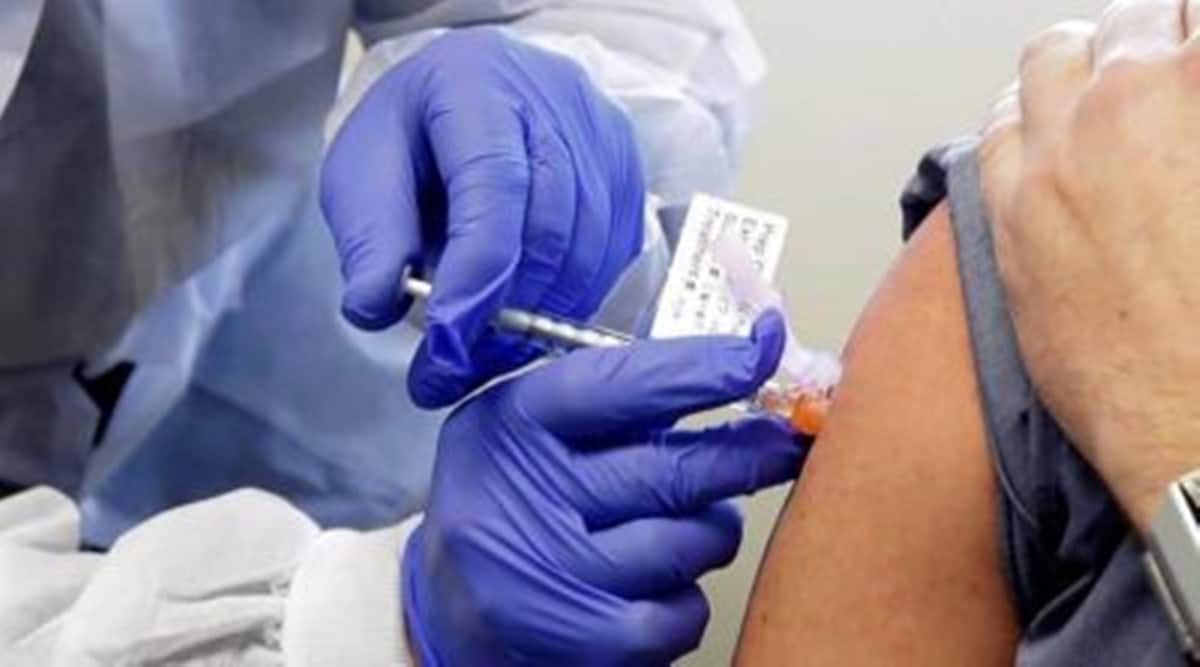 The government plans to inoculate medical workers first, then people aged 65 or above, those with health conditions, and workers at elderly care facility workers. (File)

Two circulars issued by different authorities making vaccination against Covid-19 in the ongoing drive, compulsory for teachers, has run into controversy with the authorities issuing revised circulars. One of the circulars was issued by the Garudeshwar taluka education officer for school teachers in the district that shifted the onus of “any student testing Covid-19 positive” on to teachers who refused to take the vaccine shot. While the district administration later called it a “draft copy” that was issued “by mistake”, officers in charge of the nodal supervision of the vaccination drive for teachers said the decision to make teachers “accountable” was taken because many had refused to take the shot.

The second circular was issued by the Ahmedabad Municipal Corporation School Board that made it compulsory for its teachers and other staffers to get themselves vaccinated. Municipal school teachers told The Indian Express, on conditions of anonymity, they were asked to not sign the muster roll if they did not take the vaccine.

The circular from Garudeshwar taluka, falling in the tribal Narmada district, cites a video-conference held by the district primary education officer (DPEO) on February 8, and was issued to two nodal officers in the taluka on February 9. It said, “Teachers of the government primary schools, who have to interact with students and work among the students, have to mandatorily take the Covid-19 vaccine, which must be ensured. If any teacher refuses to take the vaccine or remains absent during the vaccination drive, and if any student thereafter contracts Covid-19 from the teacher, the entire responsibility of the same will be on the teachers.”

Teachers who refuse to take the vaccine shot will have to submit a certificate in writing, citing reasons for the same, the circular added. “Female teachers, who are pregnant or lactating are exempted from the vaccine, provided they submit a proof to the observer beforehand,” it stated.

The circular has been received by the Primary Health Centres (PHCs) under the taluka.

The Garudeshwar taluka education officer, Parimal Vyas, told The Indian Express, “We had drafted the letter as per the instructions handed out by the district primary education department during the video-conference to plan the vaccination drive for teachers on February 8. Not just Garudeshwar, but other talukas of the district have also issued similar letters. However, when the draft was prepared and it appeared to make the vaccinations mandatory, we had decided to change it, since vaccination is a voluntary exercise. However, it seems that the draft was issued by mistake before it could be changed.”

The taluka education officer issued another circular on February 9, for the vaccination drive to be held Wednesday, which did not have the controversial reference to “shifting onus” on the teachers refusing the vaccination. However, the circular continues to direct the supervising officers to “ensure” that all teachers take the vaccine.

Vyas added, “Those persons with high-risk comorbidities, pregnant and lactating teachers have been exempted. The others can choose to decline but they must give us a reason so that we know why they refused.”

We are proud to announce that Jharkhand CM @HemantSorenJMM will be the Chief Guest of the discussion ‘Decoding India’s internal migration’ on February 12 at 2pm.

Dilip Chaudhary, the nodal officer of Songam PHC, told The Indian Express the circular had been issued with “good intentions”. Chaudhary said, “We have received the directive and are not forcing teachers to take the vaccine or submit certificates. But it has been issued with the intention of encouraging the teachers. There has to be some responsibility fixed because the government is giving these vaccines for free. If a teacher is healthy and does not have any comorbidity, that is contra-indicated, why should they refuse the vaccine? They must understand that ultimately when they interact with students, it would be to the benefit of the society if they are vaccinated. Teachers have been frontline workers during this pandemic and it is for their benefit. There is no side-effect and so many people have taken it in the hope of beating the virus. We are ensuring that those with diabetes or other ailments do not take the jab.”

When contacted, Vinod Rao, Secretary (Primary and Secondary Education), said the vaccination drive is voluntary. “We cannot force the teachers to take the shot. No department has been instructed to issue such circulars making the vaccination mandatory. If any district department has issued such a circular, it is illegal and against the voluntary nature of the drive, and it should be immediately withdrawn.”

In Ahmedabad, meanwhile, more than 100 teachers were summoned by the administrative authorities to their respective zonal offices on Wednesday and asked to submit “proof” about their health condition which they had cited for exempting themselves from the inoculation drive.

A school teacher, who did not wish to be identified, told The Indian Express, “We were not allowed to sign the musters today morning when we reached the school. The reason cited by the school principal was that it was ‘as directed by higher authorities’ since we have declined to get vaccinated.”

Another teacher said, “When we protested, the principal locked the muster register.” But the teachers were marked present in the online attendance system, the teacher added.

In a fresh circular Wednesday, the AMC School Board directed 416 primary school teachers to be present “without fail” with their supervisors at the Pandit Deendayal Auditorium in Bodakdev on Thursday to get vaccinated. “If any employee has any medical reason, a decision will be taken based on the advice of the health experts present at the site. Principals have to ensure that no teacher remains absent,” the circular stated.

When contacted, AMC School Board administrative officer L D Desai told The Indian Express, “I am not aware about the musters. But yes, we have asked teachers to get vaccinated… Those who left yesterday’s (vaccination) sites (Mangal Pandey Hall in Nikol and Pandit Deendayal Auditoirum in Bodakdev) without taking the vaccine were asked to be present at the zonal offices.”

Desai had said Tuesday that the school board had “exempted” around 480 teachers, including teachers who were pregnant or had heart or skin conditions, from taking the vaccine on medical grounds. Of the over 4,200 teachers under the school board, Desai had claimed nearly 700 were yet to be vaccinated.

“When doctors, AMC officers, school board officers, government officials, and 98 per cent of teachers have taken the vaccine then why should not all teachers too. So, I request all teachers without medical reasons to get vaccinated,” Desai said.