The court, however, passed an order stating that they would be allowed to meet each other through video conferencing from both the jails in August. 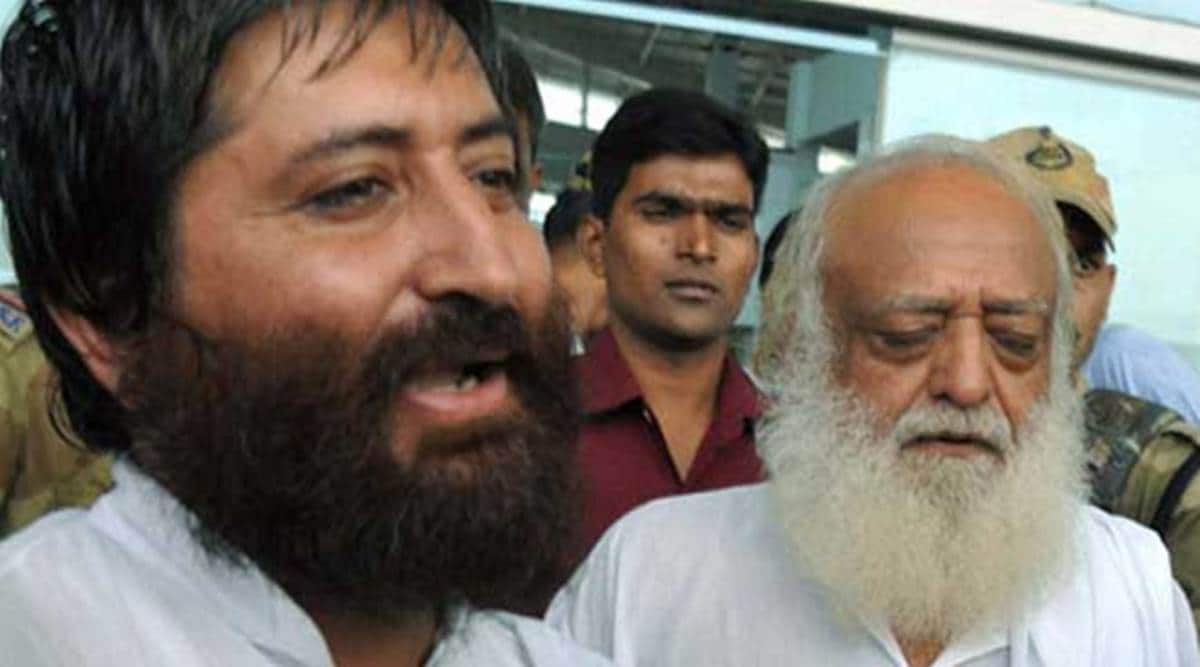 Sai was sentenced for life imprisonment in Surat jail after a rape case was filed against him by a former devotee in 2013.

The Gujarat High Court Saturday dismissed the application filed by Narayan Sai, convicted in a rape case, seeking temporary bail to meet his ailing father, self-styled godman Asaram Bapu, who is in Jodhpur jail. The court, however, passed an order stating that they would be allowed to meet each other through video conferencing from both the jails in August.

Sai was sentenced for life imprisonment in Surat jail after a rape case was filed against him by a former devotee in 2013. Asaram Bapu, who has been imprisoned at the Central jail in Jodhpur, after being convicted in a rape case, has been suffering from various health complications and has also undergone treatment in the AIIMS hospital in Jodhpur and is presently undertaking Ayurveda treatment in the jail.

Narayan Sai, in an an application with Gujarat High Court requesting a temporary bail for 20 days to meet his father, had mentioned that he is the only son of his father who is 84 year-old and has been suffering from ill health.

A division bench of the Gujarat High Court of Justices Sonia Gokani and Rajendra M Sareen, in an order stated, “…The court cannot be oblivious of the fact that prevalence of Covid-19 virus is receding in the recent past gradually, and the jails which were not opened for the visitors of the jail inmates have gradually opened with all requisite precautions… The father of the present applicant has multiple diseases and those details are quite apparent from the pleadings. In such circumstances, it would be in the fitness of things for the patient father so also for the administration to allow the meeting of the present the applicant with his father through video conference, which is available between the Surat and the Jodhpur jail.”

“Bearing in mind the ill-health of the father of the applicant at Jodhpur Jail let the two meetings take place through video conferencing. Once between father and the son and the second one with father when the Ayurvedic doctor visits him so that if required, he may be allowed 5 to 10 minutes interaction with the doctor for his treatment,” the order further said.

The bench directed, “These meetings shall be video recorded as per the protocol of both the jails and the meetings shall not be for less than 30 minutes and not more than 45 minutes.”

Advocate Kishan Dahiya, who was representing Narayan Sai, said, “…After 7 months, both father and son will see each through video conferencing. Now it is upto the IG prison of Rajasthan and IG prison of Gujarat to decide and fix the date of video conference.”

Special to Express: We need a viable framework to hit a fast-moving and rapidly evolving target like coronavirus