As the chairman of the Rajya Sabha, the Vice President also becomes the head of Rajya Sabha TV, which was launched in December 2011 during Ansari’s first tenure. 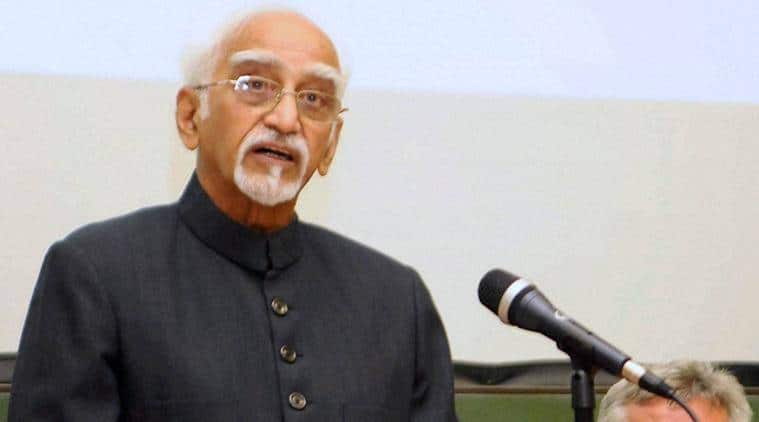 As part of the transition process, four guest anchors — MK Venu, editor of The Wire; Bharat Bhushan, editor of Catch; Govindraj Ethiraj, former editor-in-chief Bloomberg TV India who runs IndiaSpend.com and FactChecker.in; and Urmilesh Singh —were told not to host shows with effect from June 1. Siddharth Vardarajan, editor of The Wire, anchored a weekly show, but informed the RSTV in April that he would no longer be able to anchor it, and his last interview was telecast on April 7. Each of the journalists held weekly shows on topics such as foreign and security policies, media and business news. These shows are now being hosted by RSTV’s in-house anchors.

Speaking about the change, Gurdeep Singh Sappal, CEO, editor-in-chief and founder of RSTV, said the decision was taken as part of “forward planning”, keeping in mind the transition in August. Sappal said, “The next chairman of Rajya Sabha will decide the character and objective of the channel.”

Sappal said though the guest anchors have been told to discontinue hosting, he has ‘developed in-house capacity to run the channel in an objective way’. On his role, Sappal said, he had to develop a “certain work ethic”. “No other public broadcaster has done what we’ve done,” he said on the objectivity of panel discussions on the channel.

Journalist Venu called it a “winding-up process”. Ethiraj, who hosted a show called Policy Watch, said he was aware of the developments for over a year-and-a-half now. “There is a new team that will take over,” he said.

To keep a check on the objectivity of the channel-especially after the leadership change-the Deputy Chairman of the Rajya Sabha, P J Kurien of Congress, reconstituted the content advisory committee for RSTV last month.

Funds in crore released for development, beautification of Ayodhya not utilised: AAP