Govt will do whatever it takes to meet needs of people: Foreign Secretary Harsh Vardhan Shringla

This is the first time a senior government official has come out to defend India’s strategic choice of accepting aid from foreign governments and also procure emergency medical supplies from China in the face of a health crisis. 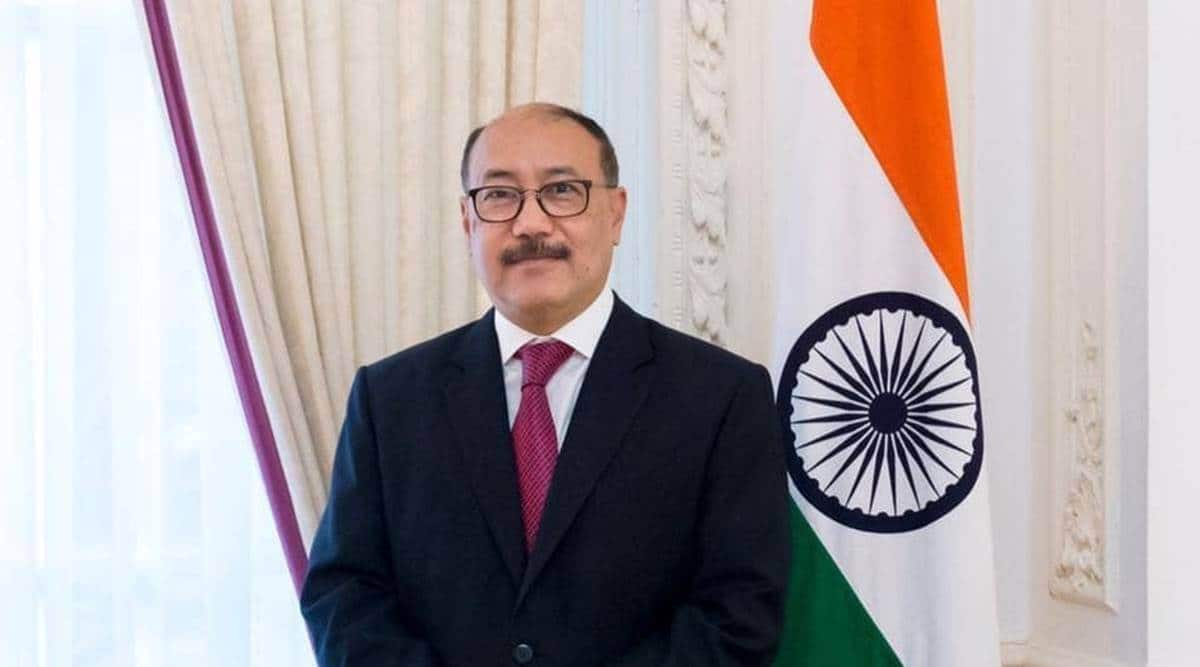 AS INDIA marks a major shift in policy in 16 years, accepting gifts, donations and aid from foreign nations as the country faces a massive shortage of oxygen, drugs and related equipment amid a surge in Covid cases, Foreign Secretary Harsh Vardhan Shringla on Thursday made it clear that the government “will do whatever it takes” to meet the needs of the people in these “very unprecedented and very exceptional” times.

This is the first time that a senior government official has come out to defend India’s strategic choice of accepting aid from foreign governments and also procure emergency medical supplies from China in the face of a health crisis.

“We are looking at it in terms of a situation that is very, very unusual, that is very unprecedented, that is very exceptional, and we will do whatever it takes to meet the requirements of our people at this point in time,” Shringla told reporters.

Sources told The Indian Express that the US administration under President Joe Biden will redirect from its own supplies 20 million doses of Astra Zeneca vaccines, and the timeline will be conveyed later. Besides, 20,000 treatment courses of remdesivir antiviral drug will be sent early next week.

The Biden administration is supplying from its own stock 36 millipore filters, each of which will enable manufacture of 5 lakh doses of Covishield vaccines in India. The US also wants to supply 17 oxygen generator plants, the sources said.

Around 40 nations across the world, including major powers such as the US, Russia, Japan, France, Germany and the UK have announced medical supplies and assistance to help India deal with the crisis.

This shift in the government’s policy has been necessitated by the magnitude of the Covid crisis, and has prompted more freedom to the state governments, which are also free to procure these life-saving devices and medicines from foreign agencies.

These elements add up to a significant change in New Delhi’s strategy, which usually stresses on self-reliance and its own emerging-power image. It is a marked change from the policy of the past 16 years, since the UPA government under Manmohan Singh decided to not accept aid from foreign sources.

However, Shringla said the pandemic has led to an unprecedented situation and India is not looking at medical supplies and assistance from its partners and friends in terms of any policy. “We have given assistance; we are getting assistance. It shows an interdependent world. It shows a world that is working with each other,” he said.

India sent about 6.5 crore vaccines to more than 80 countries, apart from sending consignments of Hydroxychloroquine among others.

“They are extending support as they feel that this is the time we must help India. ‘India has helped us and we must help India’. So I do not think we are looking at it in policy terms,” the Foreign Secretary said.

New Delhi doesn’t acknowledge the change in approach, with sources pointing out that these are not donations or aid. They said India has not made an “appeal” for help, and that these are procurement decisions. “If some governments or private entities want to donate as a gift, we accept it with gratitude,” a source said.

The Indian government is asking all foreign governments and agencies to donate to the Indian Red Cross Society, after which an Empowered Group will take a call on how to send them forward, sources said. While the Health Ministry is allocating the resources depending on the demand, the Road and Transport Ministry is coordinating their delivery to the states.

“We have certainly prioritised items that we need. We are sourcing these items from many of the countries. But many countries have come forward on their own to offer assistance,” Shringla said.

Three military aircraft from the US will bring supplies – two will arrive on April 30 and one is expected on May 3.

From the UAE, the first shipment of oxygen is expected by Friday. This will carry 140 MT tonnes of liquid oxygen. There is also a shipment expected soon from Bahrain (40 MT) as a gift. This shipment will be sent using Indian Navy ships already in the region.

From Kuwait, assistance has been indicated — 185 MT of liquid medical oxygen, 1,000 oxygen cylinders. It has also indicated that it would be able to refill ISO tanks/ semi-trailers at least seven times.

Besides, India is also sourcing remdesivir from Egypt, Bangladesh, Uzbekistan and the UAE.