Govt to electrify all rural households by May 2018

Piyush Goyal added that villages in the remote areas, especially near the borders, would receive off-grid electricity through solar power. 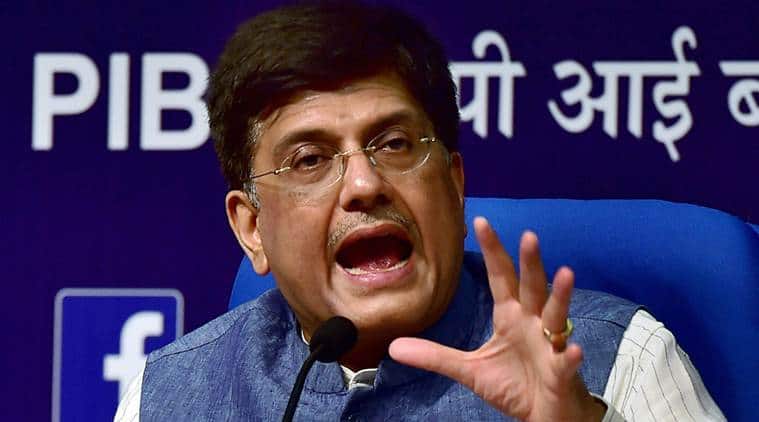 After making timely progress in village electrification, the government is planning to train its attention on providing electricity to individual households. It has now decided to complete the “100 per cent household electrification mission” by May 2018.

Power minister Piyush Goyal, on Friday, said “instead of counting 10 per cent households in the village to complete electrification process, now the government is focusing on providing power connections to each and every household of village”.

Goyal added that villages in the remote areas, especially near the borders, would receive off-grid electricity through solar power. To that end, the government would provide standalone solar connections with 2 kilo-watt battery storage facilities to rural households in such places. They would also get five LED bulbs, two energy efficient fans and plug points. The minister also said that government undertaking companies like Rural Electrification Corporation and Power Finance Corporation would consider providing LED televisions to these households as part of the companies’ CSR activities.

Under the current official definition, villages can be called electrified if at least 10 per cent its households are provided with electricity connection, which can represent a rosier than reality scenario. Even though official figures say that only 3,992 villages remain un-electrified in the country, the number of rural households without access to power is more than 4.5 crore.

Subscriber Only Stories
View All
UPSC Key- January 30, 2023: Know about Project 39A, Beating Retreat Cerem...
UPSC Essentials | Key terms of the past week with MCQs
ExplainSpeaking: How to evaluate a Union Budget
Mahesh Vyas writes: Why the job shortage is for real
Apply New Year promo code SD25
First published on: 20-05-2017 at 03:38 IST
Next Story