This includes the imposition of the odd-even policy if PM 2.5 crosses 300 micrograms per cubic metre (µg/m3) or PM 10 crosses the 500 mark. 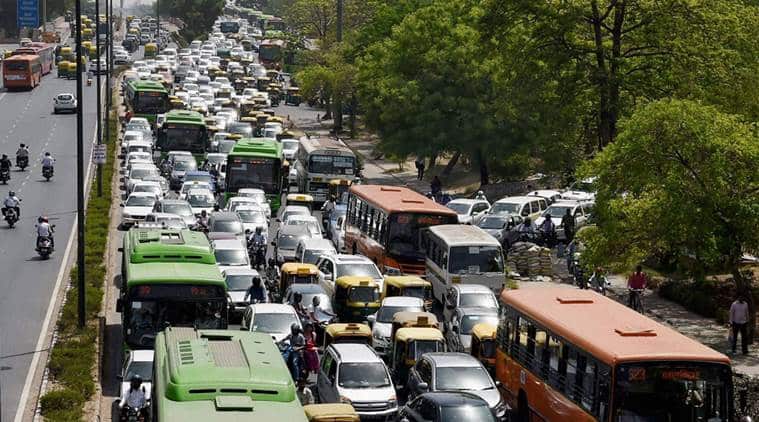 MORE THAN a month after it was cleared by the Supreme Court, the Environment Ministry has notified the action plan to implement a ‘graded response’ system for air pollution, including implementation of the odd-even road rationing policy. The plan, prepared by the Supreme Court-mandated Environment Pollution Control Authority, contains a set of actions to be undertaken when Particulate Matter (PM) 2.5 or 10 reaches specific levels in Delhi and the National Capital Region.

This includes the imposition of the odd-even policy if PM 2.5 crosses 300 micrograms per cubic metre (µg/m3) or
PM 10 crosses the 500 mark. It also suggests shutting of construction work at this level. According to the Central Pollution Control Board’s air quality bulletin, PM 2.5 concentration was around 200 µg/m3 on Monday. At this level, according to the plan, parking fee should have been raised 3-4 times, the use of diesel generator sets should have been banned and the frequency of bus and metro services increased, among other things.

The plan was passed by the court on December 2 and notified by the Ministry on January 12. According EPCA officials, the actions and provisions in the graded response were put together after consultation with stakeholders.
“High level of air pollution in Delhi and National Capital Region of Delhi has been a matter of serious concern and requires urgent measures to address the issue, particularly with reference to episodic rises in pollution levels… the Central Government hereby assigns the task of implementation of the Graded Response Action Plan to the EPCA,” the notification states.

EPCA, which will implement the plan in collaboration with the governments of Uttar Pradesh, Haryana and Rajasthan, will hold a meeting with stakeholders this week. “We will hold a meeting with CPCB, the state pollution control authority and the India Meteorological Department in the next 3-4 days. They will create a framework to provide us with information on the pollution levels and the air quality forecast. We will then talk to states regarding the actions they have to take in their respective regions based on the forecast,” said Bhure Lal, chairperson, EPCA.
Members of the enforcement body said that the graded response will also help in preventing the levels reach ‘severe’ levels.

“Our hope is that once the graded response is implemented, the air quality levels will not reach severe levels where the absolute emergency levels such as odd-even, stopping all construction, and stopping all trucks not carrying essential commodities from entering Delhi, have to be imposed. The good thing is that this becomes a framework for the whole country,” said Sunita Narain, member, EPCA.

For meeting J-K CM, Dangal star is target of abuse on social media