Govt needs to give sense of security to people cutting across religions in J&K: Omar

Abdullah asserted that the situation in Afghanistan would have no impact on the security situation in Kashmir other than the distinct possibility "that it may act as a morale booster for terror groups operating in the Union Territory". 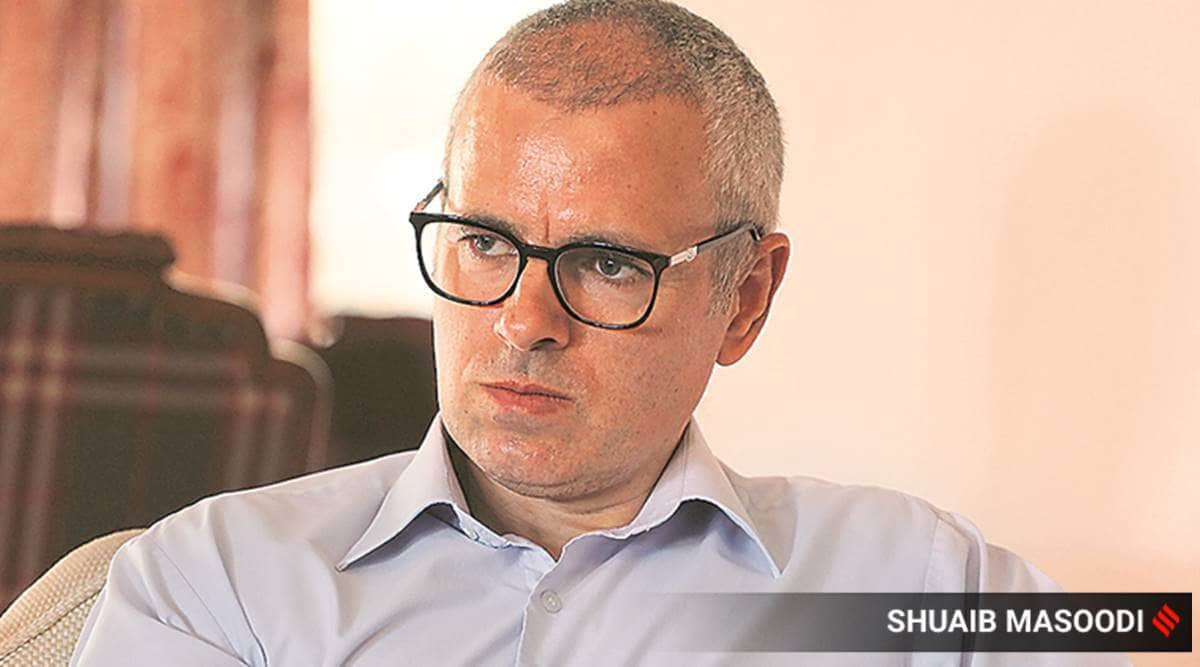 Expressing concern about locals joining various terror groups, he said this is an issue that the government and political parties should be concerned about. (Express photo: Shuaib Masoodi)

Voicing concern over the recent killing of civilians, former Jammu and Kashmir Chief Minister Omar Abdullah on Wednesday said “everyone is feeling unsafe”, and asked the administration to give the people a sense of security cutting across religions.

Pointing out that terror attacks in the Union Territory this year had claimed the lives of 28 civilians cutting across religious lines, Abdullah, who is the vice-president of the National Conference (NC), at the same time hoped there will not be a fresh exodus of Kashmiri Pandits and Sikhs, both of whom had been targeted in the recent days.

“All of us should try our level best to ensure that we do not see a fresh exodus of minorities from Kashmir”, he said, adding that no one community feels safer than the other.

“Whatever can be done to stem this and to restore the sense of security to these communities must be done. Obviously, the lion’s share of this work has to be done by the administration but as the majority community, we also carry some of that responsibility. We must fulfil that responsibility”, he told PTI in an interview here.

Castigating the administration for trying to “score propaganda and public relations victories rather than focus on the ground realities”, Abdullah asked the authorities to “take a long hard look at why we have reached where we have”.

Abdullah, however, refrained from terming the recent attacks as an intelligence failure, saying: “… I think it’s the failure to act on intelligence. That is a failure you cannot just blame the police for because the counter-militancy operations are conducted by police, paramilitary and military. It is the collective failure of our counter-insurgency grid.”

He reasoned that for the last few months there has been chatter about targeted attacks against minorities, particularly against Kashmiri Pandits.

“So obviously, if somebody like me who has no association or anything like that with the government and is not privy to any intelligence reports, if I could hear this, then I am sure the intelligence agencies also picked it up and if they have picked it up, they would have passed it on to the people who matter,” he said.

Expressing concern about locals joining various terror groups, he said this is an issue that the government and political parties should be concerned about.

“I am not privy to statistics, I don’t know the numbers but from my own colleagues, I do understand that this trend continues and it is not a trend limited to a particular area, we hear these reports from south, central and north Kashmir,” he said.

“It is something that should concern us and again it is for the government to create the necessary conditions that these youngsters do not get attracted to the idea of picking up a gun,” he added.

Abdullah, however, cautioned against detaining people across the valley and said, “We need to be very careful not to get into knee-jerk reactions. Reactions for the sake of reacting, just because we have to show something, we do this.”

“I am sure that I don’t doubt that perhaps these 400 plus people have some sort of dossier with the government, for whatever reason — whether they were involved in stone pelting, linked to proscribed organisations. The fact is, are they directly connected to this attack or is there any linkage between them and this attack?”

“If there is, by all means proceed and file charges and let the courts decide about the guilt but this sort of random and wanton sort of arrest, it doesn’t help the situation and in fact anything it makes the situation worse,” Abdullah said while replying to a question about the recent crackdown by police in Kashmir and detaining over 400 people.

He said the government needs to be very careful and should not be seen to be carrying out activities with a view to take revenge. Instead, it should be seen as an organisation or as an “entity that delivers justice by all means”, he said.

Abdullah, who was the chief minister of the erstwhile state for six years between 2009-14, had been able to clear central and north Kashmir of terrorists and their supporters.

Asked whether he was disheartened that the place has been infested by terrorists again, he said: “Disheartened will perhaps be a strong term, disappointed and concerned yes “because we know militants are moving around in areas that have been free of militancy.”

“Srinagar city was completely cleared of militancy. Same is true for Ganderbal and Budgam districts. It is disappointing but again the government needs to take a long hard look at why these areas have been occupied again and then see what corrective measures the government needs to take. The corrective measures that are not at the cost of everybody, they know they have to be very careful how they go about their activities,” he said.

Abdullah asserted that the situation in Afghanistan would have no impact on the security situation in Kashmir other than the distinct possibility “that it may act as a morale booster for terror groups operating in the Union Territory”.