Cereal inflation, at over 11.5 per cent in September, is the highest since end-2013. With the next wheat crop due only after mid-March and uncertainty over even rice production in the current kharif season, the government has reasons to worry. 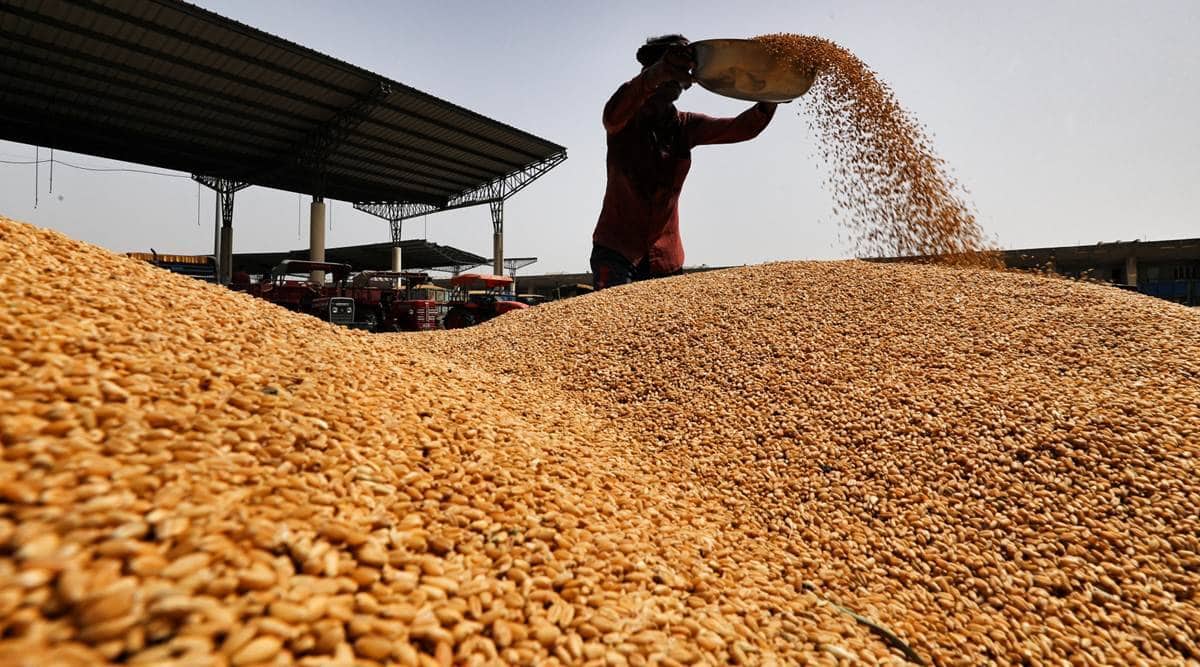 The depleting stocks come even as the consumer price index (CPI) for “cereals and products” rose 11.53 per cent year-on-year in September. (Express/File)

Stocks of wheat and rice with government agencies have plunged to a five-year low, even as retail cereal price inflation soared to a 105-month high in September.

According to data from the Food Corporation of India (FCI), wheat and rice stocks in public godowns totalled 511.4 lakh tonnes (lt) as on October 1. This was as against 816 lt a year ago and the lowest for the same date since 2017 (see table).

Wheat stocks, at 227.5 lt on October 1, were not only at a six-year low, but also just over the minimum buffer (three-month operational stock requirement plus strategic reserve to meet procurement shortfalls) of 205.2 lt for this date. However, rice stocks (inclusive of grain derived from un-milled paddy) were nearly 2.8 times the necessary levels. As a result, the overall cereal stocks position was relatively comfortable, despite FCI warehouses holding less grain compared to even four years ago.

The depleting stocks come even as the consumer price index (CPI) for “cereals and products” rose 11.53 per cent year-on-year in September. That was the highest-ever annual inflation for cereals as per the current price index, which has 2012 as its base year. Going by the old CPI, with 2010 as the base year, the previous highest cereal inflation was recorded in December 2013, at 12.14 per cent. That was eight years and nine months back.

Compounding the uncertainty are international prices. Prices of the benchmark wheat futures contract traded at the Chicago Board of Trade exchange dropped from a record $12.94 a bushel on March 7 to $7.49 on August 18. But the escalating tensions in Ukraine have since led to a renewed surge and prices closing at $8.82 per bushel on Wednesday (one bushel equals 27.216 kg).