Gorakhpur deaths: Parents made to run around for blood, medicines, cotton, now post-mortems

On August 7, Brahmdev, 30, a farmer from Bagagada village in Gorakhpur, for the first time noticed the oxygen-level indicator outside the neonatal intensive care unit (NICU) at BRD Medical College hospital. Bihari Yadav carrying away the body of his son Sumit,4, just five minutes before CM Yogi Adityanath arrives for his visit on Sunday at BRD Medical College. Sumit was in the Gorakhpur hospital for the last eight days. (Source: Vishal Srivastav)

As their children admitted at BRD Medical College collapsed before their eyes, parents say they spent hours trying to get doctors to attend to them, arranging for medicines including basic cotton gauze and glucose injections themselves, running around for blood, and seeking answers. Now, the wait has begun for death certificates and post-mortems.

On August 7, Brahmdev, 30, a farmer from Bagagada village in Gorakhpur, for the first time noticed the oxygen-level indicator outside the neonatal intensive care unit (NICU) at BRD Medical College hospital. “There were three levels — normal, high and low. On August 7, the indicator showed low,” says Brahmdev.

That was four days after he had brought his twins, suffering from high fever, to the hospital. By August 10, Brahmdev and wife Suman’s 10-day-old girl and boy were both dead.

By August 8 itself, they had realised something was wrong, Brahmdev says. The nursing staff inside the NICU had started using “ambu bag” — a hand-held device to provide ventilation to patients not breathing adequately. “By the next day, I had seen deaths of four kids,” he says, the most in one day since he had come to the hospital. “No parent could ask a question. No parent could go inside. We stood helpless watching the children suffer.”

He says he tried to question the nursing staff about the indicator showing low levels of oxygen. “The staff did not respond.” By then, Brahmdev adds, some children had also been put on glucose. 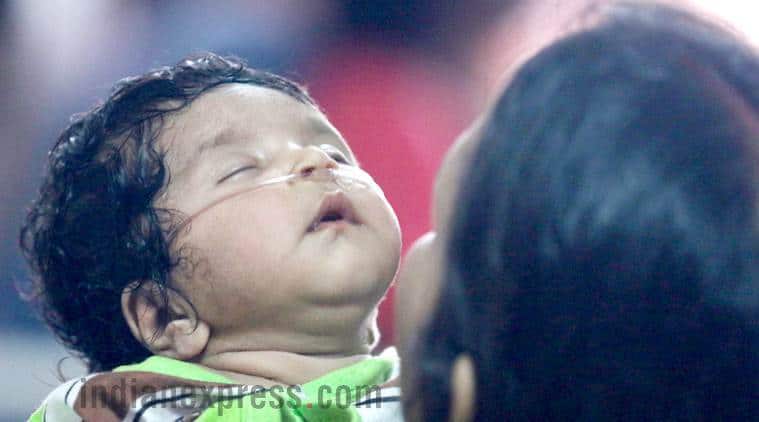 A large number of children admited at ICU for encephalitis treatment. Express photo by Vishal Srivastav

“On August 8 and 9, they asked me to get 30 ml and 40 ml of blood. I went to the blood bank and donated my blood to get it. I asked them what had happened, again they did not speak a word,” the father says. “At 8 pm on August 9, they just came to me and told me my son had died. They handed over the body and told me to take it. No doctor told me why my son had died. I knew something had gone wrong,” Brahmdev says.

That day, the hospital reported nine infant deaths, including six in the NICU.

However, Brahmdev and Suman’s ordeal wasn’t over. Still holding their dead son, they watched their daughter suffer inside the NICU. “The staff were using ambu bags. By now, the cylinders had disappeared. I saw blood oozing out of her mouth. There was only one nurse and one doctor looking after the entire NICU,” Brahmdev says.

They had come to BRD Medical College and Hospital as they didn’t have Rs 7,000 for treatment at a private hospital, the parents cry. “We needed the ICU faculty that is why we were forced to admit our son and daughter in this hospital. Dr Rajesh Gupta, a private physician, said that they should be kept under observation. From August 3 till 7, they were fine,” sobs Brahmdev. 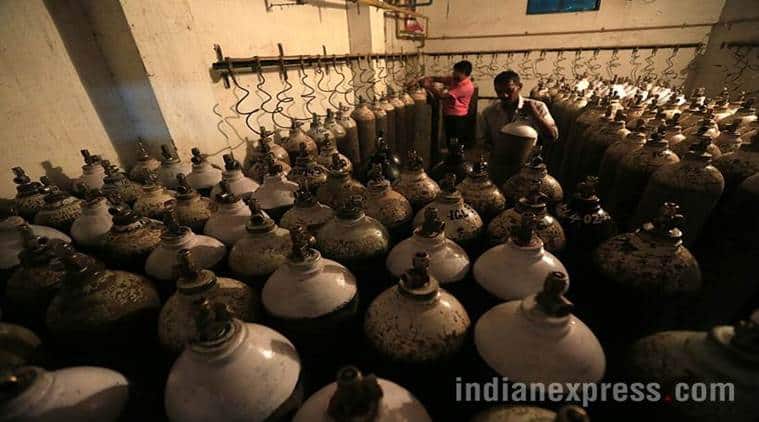 Slamming the hospital, he says, “They did not give us any free medicines. They did not have as simple a thing as cotton gauze and syringes in the NICU. They asked me to get that. I also bought calcium, glucose injections.”

Just half an hour before Brahmdev’s daughter died, Bahadur was informed that his four-year-old son Deepak, who was admitted the day before, could not breathe. His wife Nandini, who says she saw Deepak die, says “doctors’ negligence and lack of oxygen” killed their son.

Describing his last moments, she says, “They were using something like a balloon, and pumping air. Suddenly, my son’s stomach swelled up. The nurse screamed out loud and started running around. The doctor then started compressing the chest. In two hours, my son was dead.”

Nandini adds that on August 9, when they arrived with Deepak, there was no one to attend to them or the other patients as the staff were busy preparing for Chief Minister Yogi Adityanath’s visit to the hospital. “We came at 1 pm, and till 6 pm, no one visited the ward. I went to Ward No. 12 and pleaded with the doctor to come and see my child. But the security officer said that everyone was busy with the CM’s visit. The delay worsened my son’s condition,” Nandini says. After his children died, Brahmdev protested at the hospital demanding documents citing the reason for their death. The death certificate issued for the boy states that the infant died to “cardio-respiratory failure”. This is sudden and unexpected loss of heart function, leading to respiratory failure, and cause of death needs to be established in each case. Brahmdev says he hasn’t got even a death certificate for his daughter, while the hospital released the bodies without post-mortem.

While he suffered in silence all this while, now he wouldn’t, Brahmdev says. “I have buried the bodies in a manner that they can be exhumed easily. I want the authorities to conduct a post-mortem. I want the truth to come out.”

Five of family arrested for pushing minors into prostitution in Mumbai