Sawant announced this Thursday, as the Opposition accused his government of "collapse of law and order" in the state. 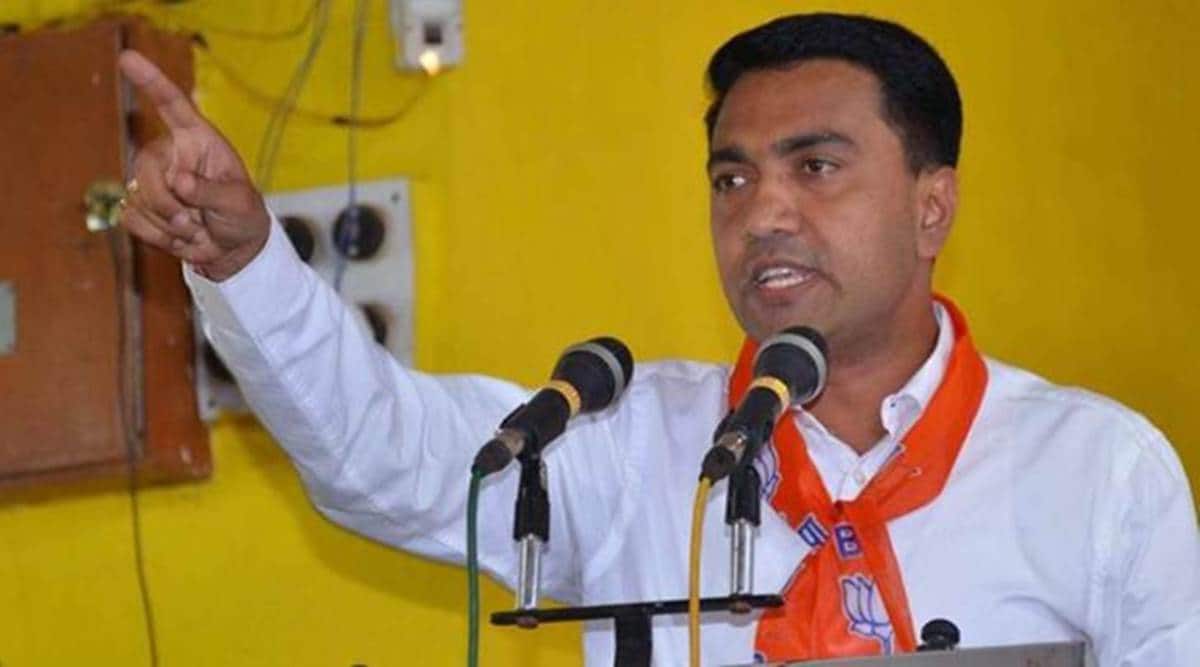 AS GOA Chief Minister Pramod Sawant continued to provoke controversy with his remarks over the gangrape of two minor girls on July 25, one of the accused who is a government employee has been suspended. Sawant announced this Thursday, as the Opposition accused his government of “collapse of law and order” in the state.

On Wednesday, replying to a calling attention motion by the Opposition in the Assembly, Sawant said, “Ten people went to a party on the beach of which six went home and four stayed back all night — two boys and two girls. They are 14-year-old children. Parents in Goa should also think about this. They also need to take care. You cannot blame only the government and police. If 14-15 year-olds stay on the beach all night, we need to think about this. Parents are also responsible.”

The two girls were allegedly raped by four men near Benaulim beach on July 25, who also beat up the friends with them. They reportedly also tried to extort money from the girls threatening to circulate videos of the assault. Subsequently, Asif Hateli, Rajesh Mane, Gajanan Chinchankar and Nitin Yabbal, all locals, were arrested on gangrape and extortion charges. They are in police custody.

Amidst the Opposition’s allegations of deteriorating law and order in Goa, two more cases of rape were reported from South Goa.

Denying there was any spike in crime, Sawant, who holds the Home portfolio, told the Assembly Thursday that all the four accused in the Benaulim gangrape had been arrested within 24 hours. Mane, a driver in the Agriculture Department, has been suspended, he said Thursday. “Goa has a crime detection rate (cases in which the accused are caught) of more than 90%, which is the highest in the country,” he said.

Goa Forward Party president and Fatorda MLA Vijai Sardesai had said the probe in the matter was being influenced as Mane was with the government. Along with Maharashtrawadi Gomantak Party MLA Ramkrishna Dhavalikar, he has demanded that the government inquire into who was trying to influence the investigation. NCP MLA from Benaulim Churchill Alemao has urged Sawant to strengthen law enforcement in his constituency.

On Thursday, the Opposition attacked Sawant over his remarks holding parents accountable. Calling them “disgraceful” and “unacceptable”, Sardesai said, “The Goa CM must be living in the Stone Age, but the world has moved on. By harbouring such revolting notions in this day and age, he has proven that his government is prejudiced and misogynistic. What safety and security can women expect from this government?”

Congress Goa in-charge Dinesh Gundu Rao tweeted, “I strongly condemn the statement of Dr Pramod Sawant. So if girls are out in the night, are they inviting men to rape them? What kind of sick mindset is that? Instead of maintaining law and order, the CM of Goa is blaming girls.”