Navlakha was taken to Mumbai by train on Tuesday. Following this, his family and lawyers claimed that the central investigative agency had not even informed them about this movement. 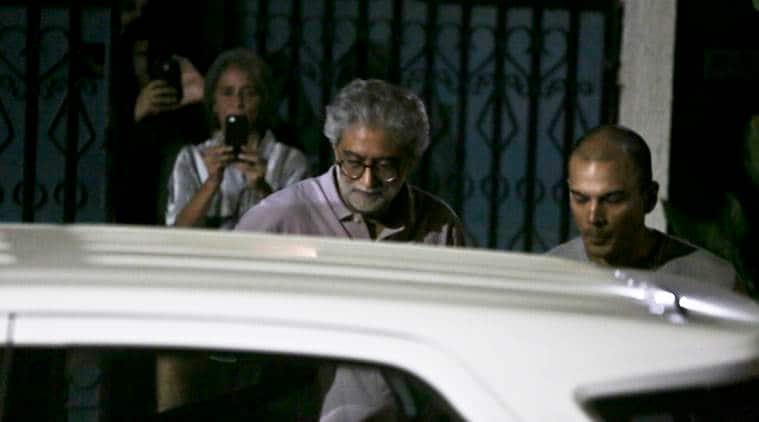 Gautam Navlakha, accused of conspiring to organise the Elgaar Parishad in Pune, had surrendered before the NIA on April 14 following Supreme Court orders. (File)

The Delhi High Court Thursday pulled up the National Investigation Agency (NIA) for hastily moving activist Gautam Navlakha from the national capital to Mumbai even when his interim bail plea was pending there.

Justice Anup J Bhambhani, said the NIA acted in “unseemly haste” in shifting Navlakha, an accused in Bhima Koregaon violence case who was lodged in Delhi’s Tihar jail, to Mumbai where the investigation was pending. While the order was passed on Wednesday, it was made available on the HC’s website on Thursday.

Navlakha was taken to Mumbai by train on Tuesday and was sent to judicial custody till June 22. Following this, his family and lawyers claimed that the central investigative agency had not even informed them about this movement.

Special Public Prosecutor Prakash Shetty said the Mumbai court had issued a production warrant against Navlakha, based on which he was transferred from Delhi. “He was shifted since the case is pending here,” Shetty added. Navlakha’s lawyers, however, said that they should have been informed and given an opportunity to be heard before shifting him.

Navlakha had surrendered before the NIA in Delhi on April 14. Last month, he was sent in judicial custody at Tihar jail on April 25. The Delhi High Court had, on May 22, sought the NIA’s response on a plea by the 67-year-old that said given his advanced age, he was vulnerable to catching any infections/virus, especially in a crowded environment like prison.