A day after The Indian Express reported on the allegations, Andaman & Nicobar's ex-chief secretary Jitendra Narain was suspended on orders of the Home Ministry on October 17. Former Andaman and Nicobar chief secretary Jitendra Narain being brought at a hospital for a medical checkup following his arrest in connection with an alleged gang rape case, in Port Blair, Thursday, Nov. 10, 2022. (PTI Photo)

Narain, who will face custodial interrogation by the Special Investigation Team (SIT) set up by the A&N police, is expected to be produced in court on Friday.

Must Read |Andaman ‘sex assault’ survivor: ‘Locked inside for three months. There’s a constant fear for my life’

On October 1, Narain and A&N Labour Commissioner R L Rishi were named in an FIR filed at the Aberdeen police station in Port Blair, based on the complaint of a 21-year-old woman. Both Narain and Rishi have since been suspended.

As reported by The Indian Express on October 15, the woman in Port Blair had accused Narain and Rishi of sexual assault and gangrape at the Chief Secretary’s official residence, alleging that they had lured her with the promise of a government job.

On October 28, The Indian Express reported that the SIT had found evidence and recorded key witness statements pointing to an alleged job-for-sex racket, as part of which over 20 women are alleged to have been taken to Narain’s residence in Port Blair during his year-long tenure and some of them are said to have got jobs in lieu of being sexually exploited.

Saying that the allegations were “grave and heinous in nature”, District and Sessions Judge Subhash Kumar Kar on Thursday said “the need of custodial interrogation… cannot be ruled out for the interest of proper and impartial investigation”.

The court emphasised that the accused was a high-ranking bureaucrat who held the charge of chief secretary, and his “power and position cannot be equated with a man of common strata”. 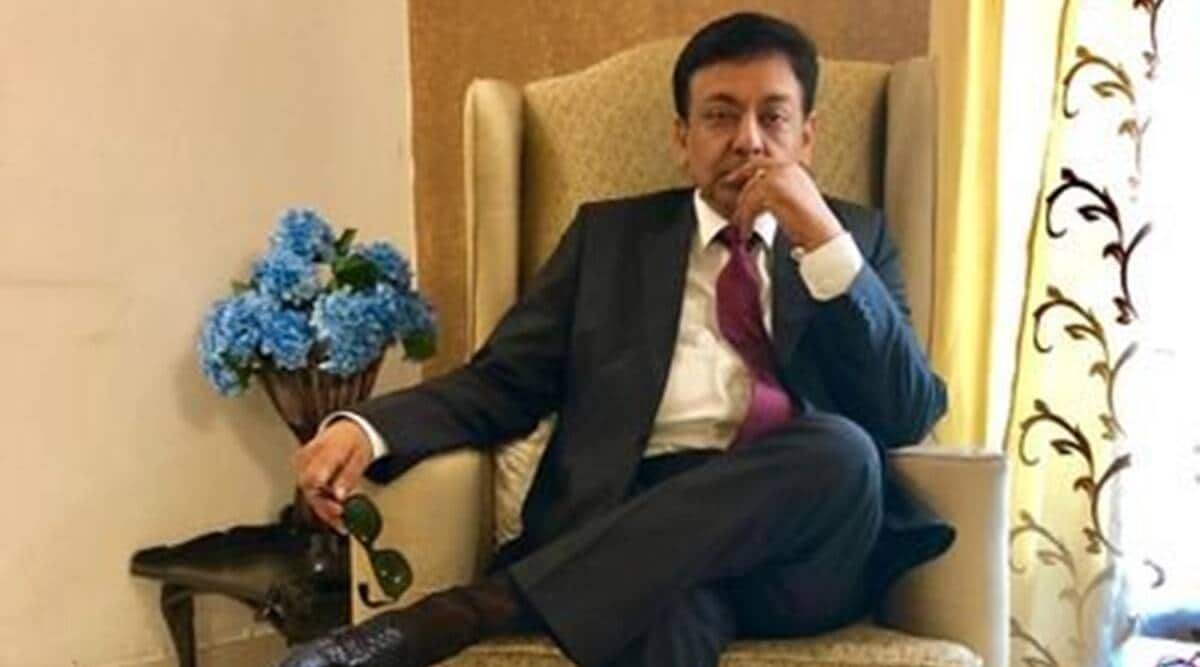 On October 1, Narain and A&N Labour Commissioner R L Rishi were named in an FIR filed at the Aberdeen police station in Port Blair, based on the complaint of a 21-year-old woman. Both Narain and Rishi have since been suspended. (Twitter/@jitendra_narain)

Detailing the nature of the complaint, the judge noted that “penetrative sexual assault” was committed on the woman on two occasions.

During the over two-hour-long hearing, the public prosecutor appearing for the UT administration and the lawyer representing the woman voiced apprehensions about Narain tampering with crucial evidence and influencing key witnesses.

“The judge spent plenty of time going through the case diaries and testimonies of the witnesses and was convinced that custodial interrogation was required,” P C Das, the woman’s lawyer, told The Indian Express from Port Blair.

The court, in its order, noted the state’s contention that although Narain had appeared before the SIT, he was “not cooperating with the investigation in any manner”, which made his custodial interrogation essential.

It also noted that the other two accused in the case, Rishi and Rinku, a hotel owner, were absconding since the time of filing of the FIR, and their bail pleas had been rejected by the court in Port Blair. The A&N police have announced Rs 1 lakh reward for information on each of the two persons.

On Narain’s allegations of a “criminal conspiracy” against him, the court noted that the hearing on Thursday was to infer whether his custodial interrogation was required, and it was now up to him to disclose and establish such matters if the case goes to trial.

Narain approached the Sessions Court after the Supreme Court, on Monday, asked him to approach the jurisdictional court in the A&N Islands for anticipatory bail.

On October 20, the Delhi High Court had granted Narain interim protection from arrest till October 28. The next day, he approached the Calcutta High Court circuit bench, sitting at Port Blair, seeking extension of time, saying the next circuit bench would start only on November 14, by which time the protection granted to him would be over. In its October 21 order, the circuit bench continued the relief and asked him to appear before the SIT probing the case.

The UT administration then approached the Supreme Court, challenging the anticipatory bail granted to him. It said that Narain’s decision to approach the Delhi HC and Calcutta HC “instead of… the jurisdiction Sessions Court at Port Blair, with a plea that no forum was available to him on account of vacation, is nothing but a blatant attempt of forum shopping and abuse of process of law”.

Appearing for the UT administration, Solicitor General Tushar Mehta had said the statement given by the woman to the magistrate under CrPC Section 164 had already been corroborated by independent witnesses. He also said that the accused had “already tampered with evidence”.

He pointed out that the co-accused in the case had gone to the jurisdictional court in the UT, which had denied relief.

Appearing for Narain, senior advocate Mukul Rohatgi said the allegation of rape was of April 14, and that Narain was on an official visit to Delhi from April 11 to April 18.