Karnataka Waqf board had approached the Supreme Court against the plans to allow Ganesh Chathurthi festivities at the ground. 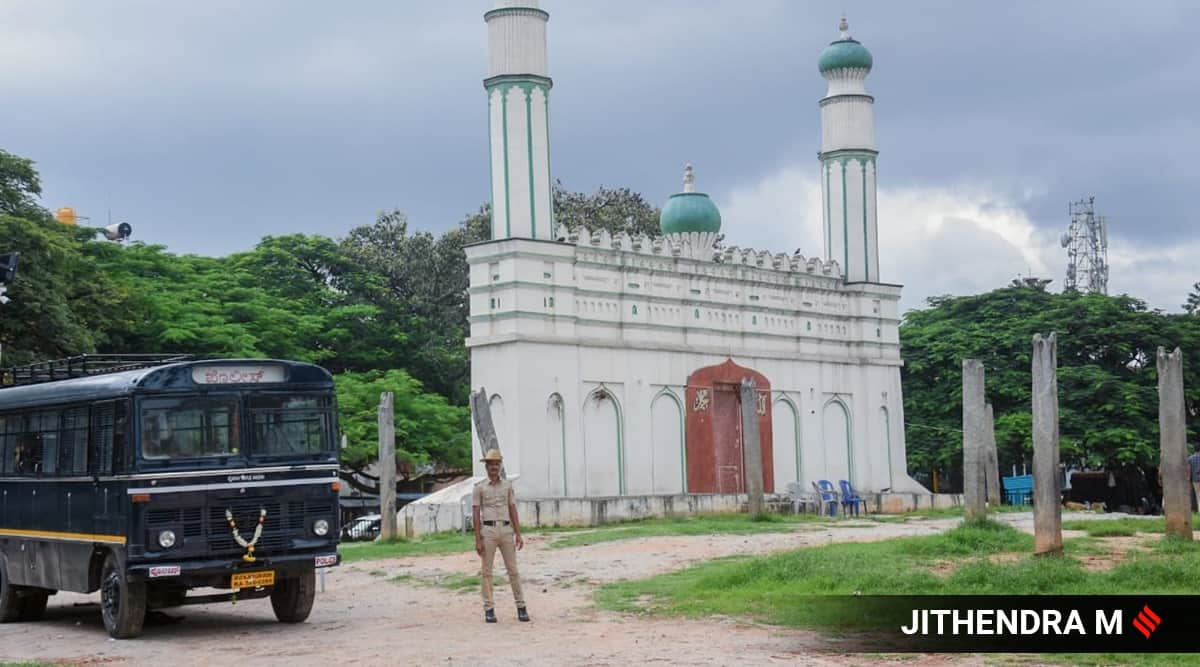 The Supreme Court Tuesday ordered status quo to be maintained in the Bengaluru Idgah maidan case and said that Ganesh Chaturthi celebrations would not be held at the ground.

Earlier in the day, Solicitor General Tushar Mehta had informed the Supreme Court that the Karnataka government has permitted the Bengaluru Idgah ground to be used in connection with Ganesh Utsav for two days – Wednesday and Thursday.

The top court pronounced the order while hearing a plea against the Karnataka High Court order in the matter.

Also Read |As right-wing groups fan Bengaluru Eidgah row, is it 1994 once more for BJP?

A two-judge bench of Justices Hemant Gupta and Sudhanshu Dhulia had referred the matter to a three-judge bench saying “there is a difference of opinion among the judges.” The new bench comprises Justices Indira Banerjee, A S Oka, and MM Sundresh.

The two-judge bench also granted liberty to mention the matter before Chief Justice of India (CJI) U U Lalit.

On August 25, a single bench of the Karnataka High Court said the land could be used only as a playground and for celebrating Independence Day and Republic Day by the government or the BBMP. The Muslim community can offer prayers on both Eids, it added. A day later, however, a division bench modified the order on appeal and allowed the government to take a decision on the land.

The state Waqf board had approached the Supreme Court against the plans to allow Ganesh Chathurthi festivities at the ground. Waqf counsel and senior advocate Kapil Sibal sought an urgent hearing into the matter, informing a bench headed by Chief Justice of India U U Lalit that “unnecessary tensions will be created”; if the matter is not taken up immediately. The land, Sibal said, has been in use by Muslims for decades.

Earlier on Monday, sources had said the Karnataka government may allow a temple linked to the Muzrai department, not any Hindutva or local group, to erect a one-day pandal at Bengaluru’s disputed Idgah Maidan for Ganesh Chathurthi on August 31.

Since the Bruhat Bengaluru Mahanagar Palike (BBMP) ruled on August 6 that the 2.5-acre Idgah Maidan belonged to the state rather than the Waqf board, which was granted congregational rights over the land in 1965, the BJP government has been under pressure from Hindutva groups wanting to install a Ganesh statue at the ground in south Bengaluru.

Explained: What it takes to transplant a full-grown tree