Singh said this during the launch of a book — Veer Savarkar: The Man Who Could Have Prevented Partition — at Ambedkar International Centre where RSS chief Mohan Bhagwat also addressed the gathering. 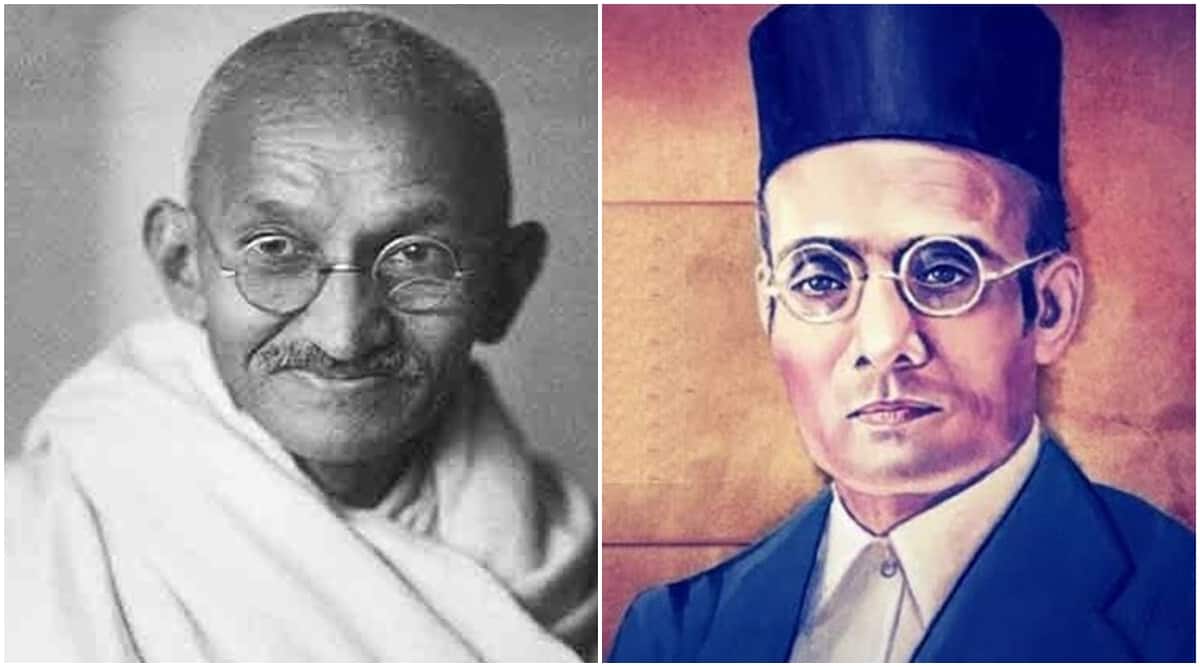 The defence minister, Rajnath Singh, also said that Savarkar’s criticism as a Nazi or Fascist was also not right. (File photo)

Hindutva icon Veer Savarkar filed a mercy petition with the British during his incarceration in Andaman jail on suggestion from Mahatma Gandhi, but his contribution to freedom struggle was maligned by those adhering to certain ideology and the same would not be tolerated anymore, Defence Minister Rajnath Singh said on Tuesday.

Singh said this during the launch of a book on Savarkar at Ambedkar International Centre where RSS chief Mohan Bhagwat also addressed the gathering. Bhagwat said Savarkar was misunderstood because he spoke sternly but argued that had all of India spoken like him, the country would not have faced partition. He also agreed with the idea that roads should not be named after figures such as Mughal emperor Aurangzeb.

The book–Veer Savarkar: The Man Who Could Have Prevented Partition—has been authored by Uday Mahurkar and Chirayu Pandit and published by Rupa publications.

He added that Savarkar had in fact inspired people to break the shackles of slavery and agitated against untouchability among various other social issues including women’s rights. However, his contribution in cultural unity of the country was ignored, Singh said. He also recounted how the hatred for him was such that that when in 2003 a picture of Savarkar was being placed in the Parliament most political parties boycotted, while a plaque in his name in Andaman and Nicobar jail was removed when the government changed.

Drawing parallels with the situation of a lion whose killing is narrated by the hunter as the lion cannot tell its story, Singh said that Savarkar’s story was narrated by those adhering to certan ideologies.

“You can have differences of opinion, but to see him condescendingly is not right. The act of demeaning his national contribution will not be tolerated,” Singh said.

The defence minister also said that Savarkar’s criticism as a Nazi or Fascist was also not right. “The truth is he believed in Hindutva, but he was actually a realist. He believed uniformity of culture was important for unity,” Singh said adding that Savarakar was not a person but an idea and his followers were increasing by the day.

Bhagwat during his address said that the campaign to malign Savarkar’s reputation began right after independence. “But the real goal is to malign the reputations of Swami Vivekanand, Swami Dayanand Saraswati and Yogi Arvind who are next in line. Because they are the ones who first brought to the fore Indian nationalism. The target is not a person, but the idea of Indian nationalism who unites the whole world. And the people behind this are those whose shops will be shut after this happens,” Bhagwat said adding there was no difference between the nationalism of Savarakar and Vivekanand.

Agreeing with Mahurkar who, while introducing the book, argued that roads should not be named after figures such as Aurangzeb, Bhagwat said, “The history has seen Dara Shukoh and Akbar, but also seen Aurangzeb who did the opposite. So when Mahurkar ji says that his name should not be there and Dara Shukoh’s should, I support him 100 per cent.”

The RSS chief said that the Hindu-Muslim unity of pre-independent India was threatened by fundamentalism and wahabism. “The British realised that despite their diversity, the Indians can come together and oust us. So they widened the rift that had begun taking shape due to fundamentalism. Savarkar experienced this while he was in the Andaman jail. His Hindutva epic was written after he came back from Andamans,” Bhagwat said.

The RSS chief said that when voices began rising in India that there were two nations based on religion, then Savarakar had to shout that nationalism was beyond religious differences and so we are not different.

“People were using goondaism to make everyone accept this theory and so (Savarakar had to use) harsh words. The circumstances were such. In hindsight, we can say that it was important to speak loudly at that time and had all spoken like that the partition would not have happened,” Bhagwat said.

He added that after 75 years of experiencing independence, people are realising what Savarakar said was right. “If it was felt at that time… If at that time the Hindu society had said why do you feel different, you are our own, our brothers and you share the duties and its fruits… lets walk together, you are not a minority,” Bhagwat said.

The RSS chief reiterated that all those living in India and sharing India’s values were Hindus. “Our method of prayers may be different, but our ancestors are the same. Our honour is associated with the country. The Muslims who went to Pakistan are not respected there. The one who is of India, will remain of India. This can’t be changed,” Bhagwat said.

Underlining that the era of Savarakar’s ideology had arrived, Bhagwat said, “After independence there was an opinion that the armed forces must run factories as they would not be needed much. But 1962 showed us (its importance). Even till recently, it appeared that the security policy would stay behind national policy. So if someone did something, it was said ‘keep quiet, what will the world say?’ But after 2014, for the first time we are experiencing that national policy is following security.”

PhD not mandatory for recruitment as assistant professors till June 2023: UGC