Based on investigations and digital footprints, the police found that the four accused had a role to play in leaking the episode online and arrested them on Monday. 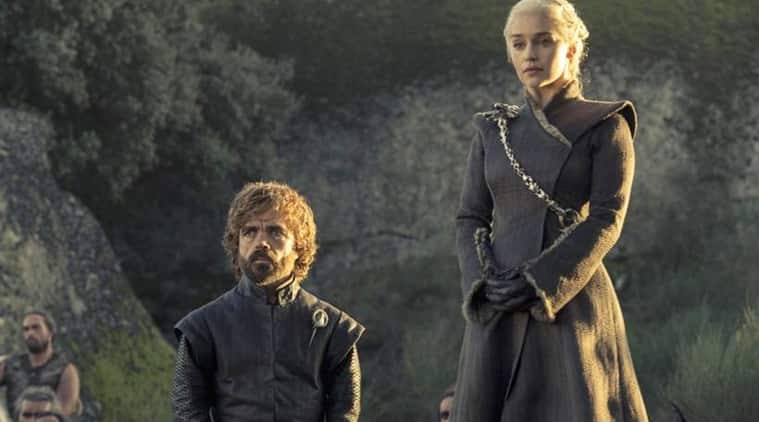 The fourth episode of the ongoing seventh season of Game of Thrones was leaked online on August 4, before its official airing date of August 7.

The Mumbai Police Crime Branch Monday arrested four Bengaluru IT professionals in connection with a leaked episode of the popular TV series Game of Thrones. Three of the four accused work for a firm that stored the video on its servers, while the fourth is a former employee of the firm. The accused were produced before a local court and remanded in police custody till August 21.

The fourth episode of the ongoing seventh season of Game of Thrones was leaked online on August 4, before its official airing date of August 7. The HBO series also airs on Hotstar, which is Star India’s streaming service. The Andheri-based firm is tasked with storing data related to the show by Hotstar.

An officer from BKC cyber police station that registered an FIR last week said, “We have arrested three employees and an ex-employee of the Bengaluru office of an Andheri-based technology firm.” The arrested accused have been identified as Abhishek Ghadiyal, Mohammad Sohail, Bhaskar Joshi and Alok Sharma.

An officer said, “After the news of the leak became public, the Andheri company carried out an internal inquiry. The servers could be accessed from the company’s offices in Mumbai, Bengaluru and Kolkata. They detected that someone not authorised had accessed its servers from the Bengaluru office. They then approached us last week.”
Based on the FIR given by a senior official of the company, the BKC cyber police lodged an FIR against Ghadiyal and Sohail under Sections 408 (Criminal breach of trust by clerk or servant) and 34 (common intention) of the IPC and Section 43 (damage to computer, computer system, etc.) and 66 (computer related offences) of the IT Act.

Based on investigations and digital footprints, the police found that the four accused had a role to play in leaking the episode online and arrested them on Monday. The officer added, “We suspect the accused leaked the episode for monetary reasons. Now that we have got their custody, we will interrogate them to find out the reason behind the crime. We are also probing if there is anyone else involved in the breach.”

Hotstar on Monday released a statement: “This is the first time in the history of Star India that an incident of this nature has occurred. We are deeply grateful to the police for their swift and prompt action. We believe that valuable intellectual property is a critical part of the development of the creative industry and strict enforcement of the law is essential to protecting it. We at Star India & Novi Digital Entertainment Private Limited stand committed and ready to help the law enforcement agencies with any technical assistance and help they may require in taking the investigation to its logical conclusion.”