The meeting, the third between the two commanders who first met on June 6, started around 11 am at Chushul – the meetings on June 6 and June 22 were held at Moldo on the Chinese side of the border with Chushul. 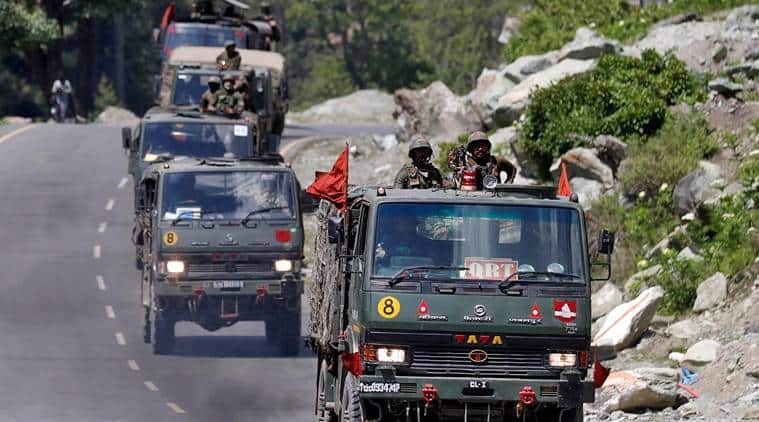 Talks between XIV Corps Commander Lt General Harinder Singh and South Xinjiang Military Region Commander Major General Liu Lin to discuss a roadmap for de-escalation and disengagement of troops along the Line of Actual Control continued well into the night Tuesday at the Chushul border point.

The meeting, the third between the two commanders who first met on June 6, started around 11 am at Chushul – the meetings on June 6 and June 22 were held at Moldo on the Chinese side of the border with Chushul.

While there was no official word on what transpired at the meeting, sources in the Army, pointing to a trust deficit given the build-up along the LAC and the loss of 20 Indian Army personnel in a violent showdown with Chinese troops in Galwan Valley on June 15, said: “Army is preparing for the long haul and the standoff is expected to continue well into the winter.”

“The process to define the details of disengagement,” sources said, was taken up at the meeting though “concentration and mobilisation of troops continues and hasn’t shown signs of abating”. Since the last meeting on June 22, there has only been “miniscule reduction of troops in the friction pockets,” sources said.

In the previous two meetings, India has sought restoration of status quo ante – of troops returning to locations before the faceoff began in May.

It has also expressed concern over the Chinese military build-up in the depth areas.

The “friction” areas likely discussed at the meeting include the north bank of Pangong Tso, Galwan Valley and the Gogra Post-Hot Springs pockets.

As reported by The Indian Express earlier, Chinese troops have also crossed the border in Depsang Plains. Sources said the “massing of troops” in Depsang Plains was also to be taken up at the meeting of the Corps Commanders. The Depsang Plains is an area close to the strategic Indian base at Daulat Beg Oldie near the Karakoram Pass.

While China has been strengthening its positions in the Pangong Tso area and at Patrolling Point 14 (PP-14) in Galwan Valley, another major concern for India has been the military build-up in the depth areas in the region. Mirroring China’s additional deployment, India too has brought in additional troops, air defence equipment.