Last financial year, of the additional Rs 15,000 crore that the MoRD sought in supplementary demands, the Finance Ministry cleared only Rs 9,000 crore. 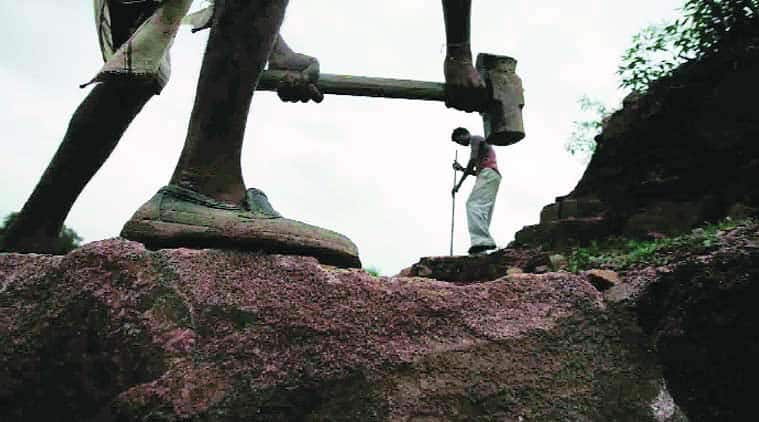 The shortage of funds comes even as the demand for work under the Mahatma Gandhi National Rural Employment Guarantee Act is expected to peak from next month, after the harvest of Kharif crops.

Despite the Centre’s claim that this year’s MGNREGA budget is the highest ever, almost 88 per cent of the funds available for the scheme have already been exhausted, just halfway through the financial year. As of next week, only Rs 6,000 crore of the Rs 48,000 crore budget allocation for 2017-18 will be left for implementation of the scheme over the next six months.

The shortage of funds comes even as the demand for work under the Mahatma Gandhi National Rural Employment Guarantee Act is expected to peak from next month, after the harvest of Kharif crops.

The demand-driven social security scheme guarantees 100 days of wage employment in a year to any rural household whose members volunteer to do unskilled manual work. The monsoon months leading up to October are a relatively slack period for MGNREGA as agriculture ensures stable incomes, unless there is rural distress arising out of drought or other factors. The November-March period is when work demand under MGNREGA starts to peak.

The Ministry of Rural Development (MoRD) has asked the Finance Ministry for an additional Rs 17,600 crore, as part of the supplementary demand which will be placed before the Winter Session of Parliament in December. However, the money, if approved partly or entirely, will come only by early January next year.

Last financial year, of the additional Rs 15,000 crore that the MoRD sought in supplementary demands, the Finance Ministry cleared only Rs 9,000 crore.

According to ministry officials, the states of Andhra Pradesh, Telangana, Tamil Nadu and Kerala have exhausted their budget for the entire year due to uptake in MGNREGA work owing to drought or delayed rainfall. “After releasing the dues to Madhya Pradesh this week and Tamil Nadu and Uttar Pradesh next week, there will only be Rs 6,000 crore remaining in the budget. Several districts of MP have declared drought while parts of UP have faced issues post-September due to less rainfall and the state too is staring at a drought,” said an official.

Ministry officials, however, added that they have ample funds and the money demanded in the supplementary budget would be sufficient for the rest of the fiscal year.

Nikhil Dey from the Rajasthan-based Majdoor Kisan Shakti Sangathan claimed that with the Finance Ministry not releasing enough funds, the MoRD had slowed down payments. “As per official data, Rs 3,000 crore worth of muster roll payments have been cleared by the states and sent to the PFMS (Public Fund Management System) but are pending response by the Centre. The lack of funds has a cascading effect and work slows down. There is already a crisis on the ground as people are demanding work but not getting it,” he said.

Meanwhile, the MoRD has accepted the recommendations of its internal Dr Nagesh Singh wage committee, which recently said MGNREGA wages do not need to be on par with minimum wages. The panel estimated a requirement of an additional Rs 4,500 crore in its budget in case both are brought on par.

The report is now awaiting the Finance Ministry’s approval, as the panel has recommended that the Consumer Price Index for Rural (CPI-R), which reflects the present consumption pattern, should be the basis for annual revision of MGNREGA wage rates. While this would not lead to any major change in individual labour wages, officials said, “Changing to CPI-R will still mean a requirement of Rs 600 crore more. The Finance Ministry needs to agree to it.”

Institutions set up in past contributed a lot in nation building: Sam Pitroda