Back home at village Bukkanwala in Punjab’s Moga, his family and relatives have appealed to the government to help bring back his mortal remains for last rites. 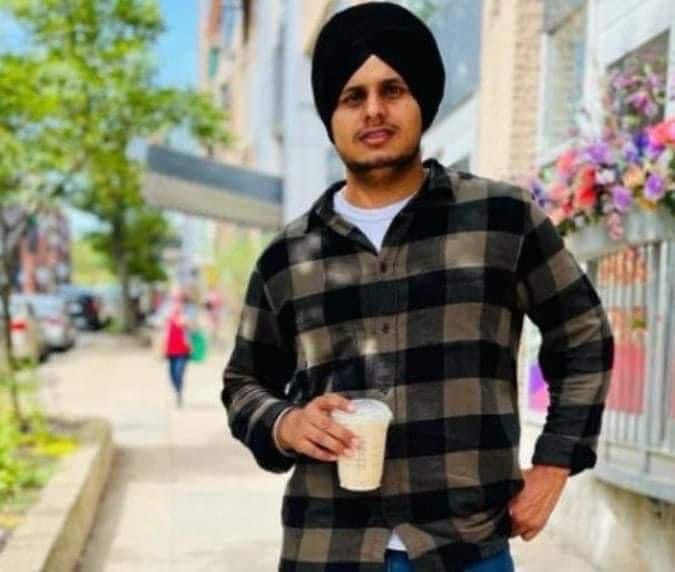 A GoFundMe has been set up in an effort to send Prabhjot’s body to India, CTV News reported. (Express photo)

The community members in Canada suspect that a 23-year-old youth from India’s Punjab, who was found murdered at an apartment in Truro town of Nova Scotia province, was attacked in a racially- motivated hate crime, according to media reports. The local police, however, are treating the death as a homicide.

David MacNeil of the Truro Police Service said a 911 call from 494 Robie St at 2am on Sunday brought officers to the apartment building, where they found a man with life-threatening injuries, CBC Canada reported.

MacNeil confirmed the victim was Prabhjot Singh Katri who later died of his injuries. Parbhjot worked for Layton’s taxi as well as one or two restaurants in Truro. A man was arrested in connection with the murder but was later released.

“We executed several search warrants and we did have a person of interest that was arrested shortly after. However, they have since been released from our custody without charges related to this homicide at this time. That man remains a person of interest,” MacNeil said.

MacNeil said he met with the Parbhjot’s family, friends, and members of the local Indian-Canadian community Sunday night to express his condolences.

Prabhjot came to Canada from India in 2017 to study.

“He was a hard-working young man with a bright future and this is an absolutely senseless loss of life. The community is outraged by this,” MacNeil said.

A GoFundMe has been set up in an effort to send Prabhjot’s body to India, CTV News reported.

Back home at village Bukkanwala in Punjab’s Moga, his family and relatives have appealed to the government to help bring back his mortal remains for last rites.

Prabhjot was just one when his father Swaran Singh, who was in the Indian Army, died during the Kargil war, village sarpanch Sukhjinder Singh said. “One of his two sisters is married and lives in Canada. He used to live with her. The other sister lives in the village with their mother who is not in a condition to talk,” said Sukhjinder Singh. “We appeal to the government to help us in bringing his body back to India for last rites.,” the sarpanch added.

Prabhjot’s friends in Canada are worried that the attack was a racially motivated hate crime, the report said. Jatinder Kumardeep said Prabhjot was “an innocent guy coming back from his job. He drove a taxi.”
Kumardeep said he has not slept since his friend died. Kumardeep said there are few international students in Truro, so most get to know each other. They both come from Punjab, and so bonded in Nova Scotia. “We feel very unsafe. We are also people. Brown people also matter. We are giving our everything to this country. Why is this happening to us,” he asked.

Agampal Singh, Another friend of Parbhjot, said, “Nothing was robbed. Even his phone was in his pocket. We don’t have any idea why this happened.”

He said Prabhjot had no enemies. “He was a very innocent guy. Never had bad company, never smoked, never drank, he didn’t touch drugs. He had only a few friends here,” Agampal said.

“He didn’t talk with people he didn’t know. I think it might be a hate crime. We are coming to this country for a good future. We are not safe. I can’t even sleep,” said Agampal. MacNeil, however, said, “Contrary to social media, we have no information on the motive that we’re releasing at this point in time. We don’t believe there is any ongoing threat to the public”. With ENS, Ludhiana

‘Capt Vikram Batra could drive a jeep with one hand and shoot an AK47 with the other,’ says brother Vishal