Framework Agreement the key hurdle in way of Naga Peace Accord

Sources in the government said while all other issues have been ironed out, the interpretation of the Framework Agreement (FA) by NSCN(IM), the key Naga group negotiating with the government, on the issue of sovereignty has held up the process being finalised. 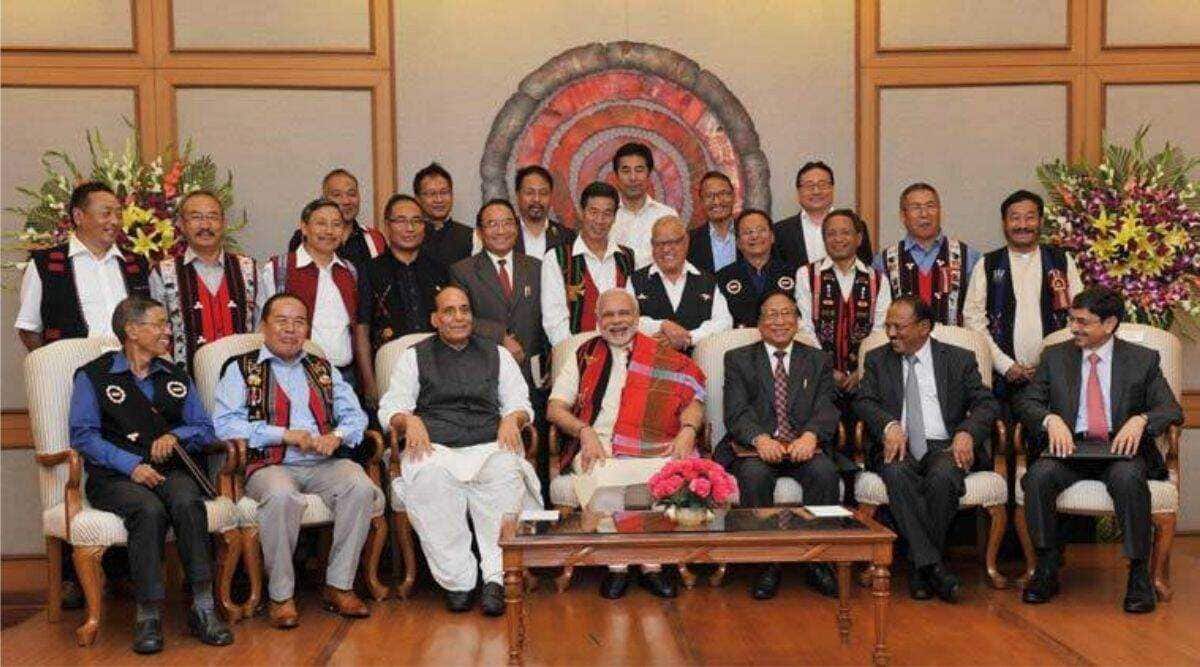 The 2015 Framework Agreement between the Centre and the National Socialist Council of Nagalim (Isak-Muivah) to finalise the Naga Peace Accord is now turning out to be the key stumbling block in reaching an agreement between the two sides and finding a permanent solution to the longstanding Naga issue.

Sources in the government said while all other issues have been ironed out, the interpretation of the Framework Agreement (FA) by NSCN(IM), the key Naga group negotiating with the government, on the issue of sovereignty has held up the process being finalised.

“There are some clauses on ‘sharing sovereign power’, which according to the Naga group means that ‘we are different’; they insist that difference has to be maintained,” a source in the government said. “The NSCN now argues that according to the FA (signed in August 2015 the presence of Prime Minister Narendra Modi in New Delhi), its sovereignty has to be retained and any final agreement should be for peaceful coexistence of the two sovereign powers.”

The vague wordings of the Framework Agreement and the Centre's belligerent stand on issues of separate constitution and flag for any region in the country after August 5, 2019 decisions on J&K has pushed the Naga Peace process into a stalemate. Even an apparent effort to mollify NSCN(IM) by removing former Naga interlocutor R N Ravi does not seem to have worked for the government.

Another source pointed out that the FA had been drafted poorly. “It was vague, leaving for both sides to interpret the deal according to their own convenience. Had there been no FA, we would probably have had a deal by now,” a senior government official said.

Following a public spat in August last year with former Naga interlocutor R N Ravi, who was then also the state’s Governor, NSCN(IM) had released the Framework Agreement in public.

The Agreement stated, “Both sides…are cognizant of the universal principle that in a democracy sovereignty lies with the people. Accordingly, the government of India and NSCN, respecting people’s wishes for sharing sovereign power as defined in the competencies, reached an agreement on the 3rd August, 2015 as an honourable solution. …It will provide for an enduring inclusive new relationship of peaceful co-existence of the two entities.”

NSCN(IM) contends that the idea of “sharing sovereign power” and “co-existence of the two entities” means Naga people will be entitled to their own national flag and constitution.

Advertisement
Explained |Why has peace process for Naga Accord been stuck, what is the way forward?

“The FA was signed in 2015, when special status of Jammu and Kashmir existed — a state with a separate constitution, a state flag and autonomy over internal administration was there,” the source in the government said. “But the situation has changed after August 5, 2019. Now the Centre cannot agree to such a demand.”

For the ruling BJP also, accepting a region with a separate flag and a constitution is ideologically impossible, the source added.

Sources said earlier governments at the Centre, including both the NDA and UPA, had not expressed objection to demands of Nagas for autonomy with separate constitution and flag. “In fact, there were verbal assurances,” the source said. “The current dispensation, or any government in future for that matter, cannot afford that. We have to find a way out that is mutually agreeable. We need more time.”

The source added that the situation makes the time-frame for a final accord uncertain: “Various proposals are being discussed. This is the only point for which a solution is not yet visible.”

Another obstacle in the talks was that smaller groups such as Naga National Political Group (NNPGs) got strengthened during Ravi’s period, much to the chagrin of NSCN(IM). “Dividing the groups was a strategy but it provoked the main groups and they stayed away from the talks,” a source said. “But that is sorted out now and we are on the discussion table again, although there is still no clarity on when we will be able to finalise the agreement.”

Given the delays in finalising of the deal and open confrontation with NSCN(IM), Ravi was recently removed as Naga interlocutor — he was moved to Tamil Nadu as Governor. Since then, retired Intelligence Bureau special director Akshay Mishra has been negotiating with NSCN(IM) as government’s main pointsperson.

Sources said while Mishra has calmed the nerves and succeeded in re-initiating the dialogue, he appears to be as far from a solution as Ravi was. Most of the alternatives — such as allowing Nagas to keep a cultural flag — to contentious issues put forth by Mishra have been rejected by NSCN(IM).

A month ago, in a statement, NSCN(IM) said the hype generated following Mishra’s appointment had failed to live up to the expectations. “…much hype was generated that the final Naga solution is just round the corner…. However, the talks failed to live up to all the hype as the Government of India continues to indulge in political escapism on the very issues that are holding up the road to the Naga solution,” it said.