Four days after it strayed into Nagpur city, leopard still at large

Speculation about animal hiding near zoo; forest dept officials try to trace it. 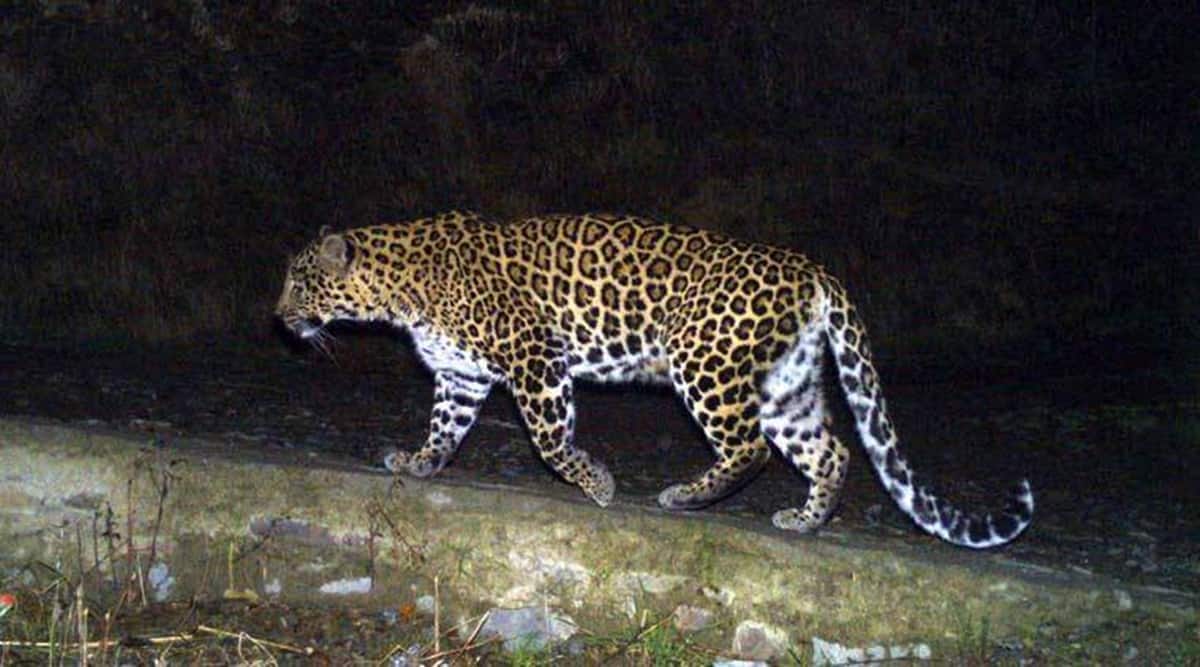 The leopard was first seen on Friday by two residents Of Gayatri Nagar locality.

The leopard that had strayed into Nagpur’s IT park four days ago is still believed to be holed up in the city, with authorities failing to trace its location.

The leopard was first seen on Friday by two residents Of Gayatri Nagar locality. It had then jumped over the adjoining compound wall of National Power Training Institute (NPT) from the house of one of the two residents. The Forest department had launched a search for the feline but failed to find it. It had also put up trap cameras inside the NPTI campus but no picture of the animal was captured.

The leopard’s presence was confirmed by footage from CCTV cameras of one of the IT companies.

There was no trace of the leopard even on Sunday. On Monday, however, it was seen by a security guard near the Panjabrao Deshmukh Krishi Vidyapeeth (PDKV) campus, about 4 km away from NPTI. “The security guard there said the leopard had also attacked a dog but couldn’t kill it,” said Nagpur Deputy Conservator of Forest Bharat Hada.

Throughout Monday, there was speculation about the leopard hiding in a nullah surrounded by thick vegetation near Maharaj Bagh Zoo. But the officials couldn’t trace it there either.

On Tuesday, a staffer from the Taluka Agriculture Officer’s office, adjacent to the zoo, informed the Forest department that a leopard had probably killed a pig near the office and eaten it too. “We saw the pig carcass but it didn’t seem like the kill of a leopard, as some of our experienced staffers have told us. It is also possible that the pig may have been killed by stray dogs,” Hada said. “But we are not ruling out any possibility,” he added.

Asked how the animal could have made its way up to the zoo, Hada said, “The areas through which it passed are all connected by a nullah and the leopard is likely to have used it to reach the zoo area. All these areas, including the Visvesvaraya National Institute of Technology situated adjacent to NPTI, have large forest-like vegetation spread over several hectares, offering the leopard safe hiding places.”

The Forest department has deployed trap cameras and cages at the locations where the animal is believed to have visited. Several teams have also been placed in these areas for night patrol.

Terms of unlock: positivity below 5%, 70% of vulnerable groups vaccinated