Asked by the media if the budgetary cut had affected any of the Navy’s projects, Admiral Singh had said, “Because of the budgetary allocation, we had to do a little bit of revamp of the procurement plan. So yes, it has to a limited extent.” 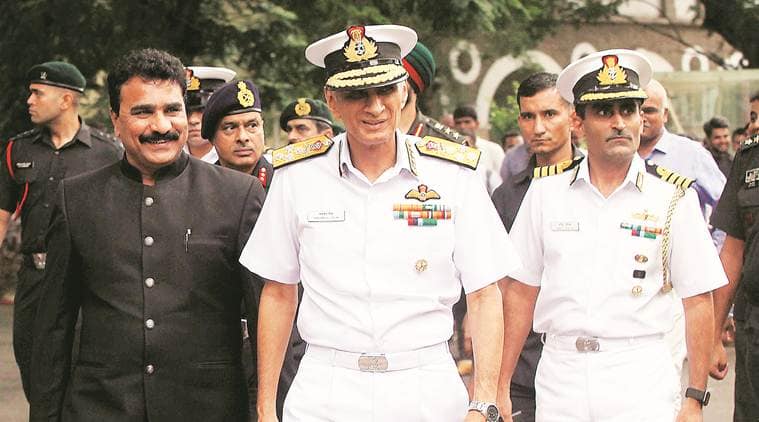 REACTING to the recent statement by Navy Chief Admiral Karambir Singh — that the Indian Navy’s share in the defence budget has come down, which has forced a revamp of its procurement plan — two former Navy chiefs have said that the said reduction was a short-sighted policy and may lead to stagnation.

Delivering the General B C Joshi Memorial Lecture in Pune on Monday, Admiral Singh had said, “Long-term budgetary projections and understanding of resource envelope are important to plan comprehensive capability development. Specifically, in case of the Indian Navy, we were 18 per cent of the defence budget in 2012-13, now we are down to 13 per cent. This way, we find it very difficult to move with the nation, which wants to become a US$ 5 trillion economy by 2024 and give it impetus on the maritime front.”

Asked by the media if the budgetary cut had affected any of the Navy’s projects, Admiral Singh had said, “Because of the budgetary allocation, we had to do a little bit of revamp of the procurement plan. So yes, it has to a limited extent.”

Admiral Arun Prakash (retired), who was Chief of Naval Staff between August 2004 and October 2006, said, “The Navy has been getting the least share traditionally, but there was a realisation that the share should increase considering the fact that India is a maritime nation. And it had started going up. We had hoped that it would reach around 25 per cent. But if it has gone down, then it is a very short-sighted policy decision. So, the Navy chief is right in expressing his displeasure. Ship-building takes five to six years, at times we import and it is very important that bills are paid on time.”

Admiral Prakash added, “China’s PLA Navy is increasingly present in our waters. At a time when we call ourselves the net provider of security in the Indian Ocean Region, then reduction in the share is dichotomous to that notion. A major chunk of our trade comes by sea, so does a major chuck of energy in the form of oil and gas. As much as 40 per cent of our GDP comes from trade and 97 per cent of that trade is sea-borne. If this trade can’t be protected adequately, then the growth is in danger.

The Army is a manpower-intensive force but Navy is heavily dependent on technology, so cutting back on that is never an option.”

Admiral Sureesh Mehta (retired), who was the Chief of Naval Staff between November 2006 and August 2009, said, “If such reduction has happened, it is going to affect the implementation of the expansion plans of Navy and may lead to a stagnation scenario. The conditions in the Indian Ocean Region are currently hot, with China trying to increase its presence in the region.”

Admiral Mehta added, “Ship-building is a cumbersome, time-consuming process and is capital-intensive. It needs suitable budgetary support. The Indian Navy, among the three forces, was the first to get onto the path of indigenisation. But these processes need sustained budgetary support for a long time. Operational ships also need large budgets for spares, maintenance and overhaul. Life expired ammunition and missiles cannot be carried on board and often have to be replaced by in-date ones. These processes might get affected by reduction in budgetary share.”