The Bench was hearing a petition filed by Advocate Ashwini Upadhyay seeking directions to the Centre and states to take stringent steps to check such conversions. 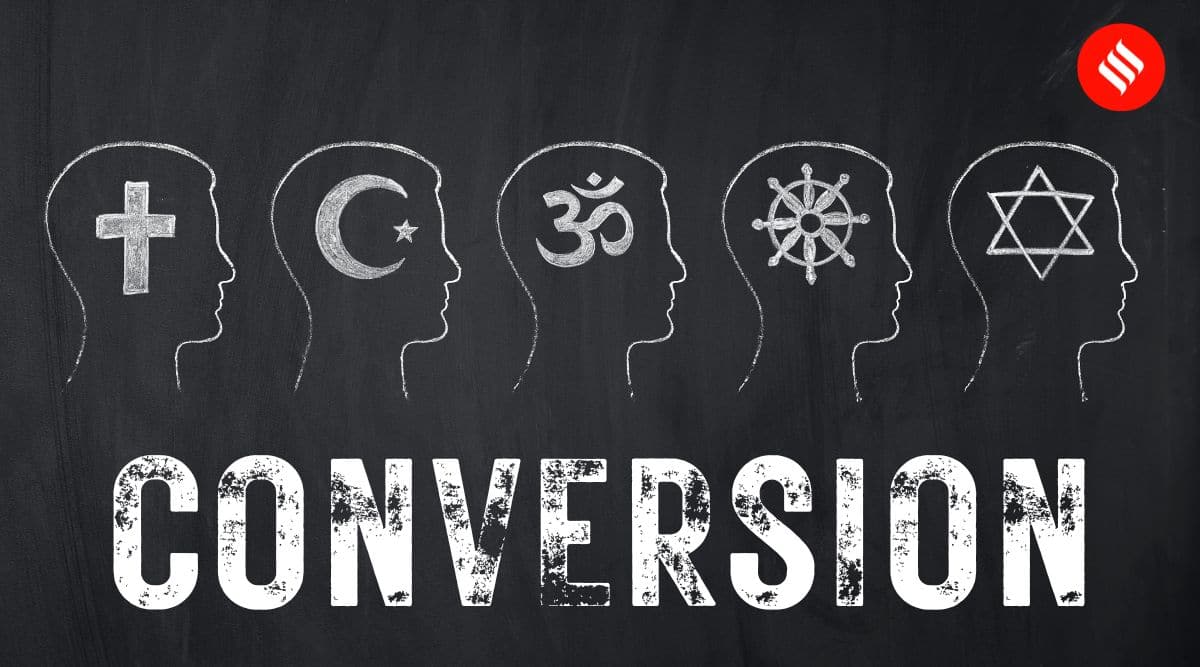 The apex court also warned a "very difficult situation" will emerge if forced religious conversions are not stopped.

SAYING THAT “forced” religious conversions are “very dangerous” and may “affect the security of the nation and freedom of religion and conscience”, the Supreme Court on Monday asked the Centre to step in and make “very serious and sincere efforts” to tackle the issue.

“The issue with respect to the alleged conversion of religion, if it is found to be correct and true, is a very serious issue which may ultimately affect the security of the nation as well as the freedom of religion and conscience of the citizens… Therefore, it is better that the Union government may make their stand clear and file counter on what steps can be taken by Union and/ or others to curb such forced conversion, maybe by force, allurement or fraudulent means,” said a Bench of Justices M R Shah and Hima Kohli.

The Bench was hearing a petition filed by Advocate Ashwini Upadhyay seeking directions to the Centre and states to take stringent steps to check such conversions.

Asking the Centre why it had not filed its response to the petition, the Bench said: “Why have you not filed counter? Very dangerous thing. Everyone has freedom to choose religion but not through force or coercion”. The court had, on September 23, sought responses from the Centre and others to the plea.

The Bench told Solicitor General Tushar Mehta, who appeared for the Centre, that “very serious and sincere efforts are to be made” to check such conversions.

“There may be freedom of religion, but no freedom of forced conversion. What steps have been taken by UoI (Union of India)? …Make your stand very clear. What action do you propose to take? Conversion is there under the Constitution, but not forcible conversion,” the Bench said.

Mehta said the issue was debated in the Constituent Assembly too, with conversions being referred to as “propagate”. He said some states had come up with laws against forced conversions, and the Supreme Court had upheld these.

He referred to instances of people being given rice etc. to get them to convert, especially in tribal areas.

“So you have to step in now,” the Bench responded.

The court asked the Centre to file its response by November 22, and posted the matter for hearing on November 28.

The petition sought a declaration that fraudulent religious conversion by “intimidation, threatening, deceivingly luring through gifts and monetary benefits” offends Articles 14, 21, 25 of the Constitution. It also sought directions to the Centre and states to take stringent steps to control such conversions, and direction to the Law Commission to prepare a report and a Bill to check religious conversions by intimidation and through monetary benefits.

“The injury caused to the citizens is extremely large because there is not even one district which is free of religious conversion by ‘hook and crook and the carrot and the stick’,” Upadhyay said in his plea.

The petition said that every week, incidents are reported throughout the country “where conversion is done by intimidating, threatening, deceiving, luring through gifts and monetary benefits and also by using black magic, superstition, miracles but the Centre has not taken any stringent steps to stop this menace”.

The plea pointed out that in the 1977 ruling in the Rev Stainislaus versus State of Madhya Pradesh case, the Supreme Court had said: “It has to be remembered that Article 25(1) guarantees ‘freedom of conscience’ to every citizen, and not merely to the followers of one particular religion and that, in turn, postulates that there is no fundamental right to convert another person to one’s own religion. This is because if a person purposely undertakes the conversion of another person to his religion, as distinguished from his effort to transmit or spread the tenets of his religion, that would impinge on the freedom of conscience guaranteed to all the citizens of the country alike”.
The SC had upheld the constitutional validity of the Madhya Pradesh Dharma Swatantrya Adhiniyam, 1968, and the Orissa Freedom of Religion Act, 1967.