As of now, the government does have a calender for release of data sets such as national accounts, Index of Industrial Production and inflation. But there are no specific timeline for release of labour force statistics and consumption expenditure surveys. 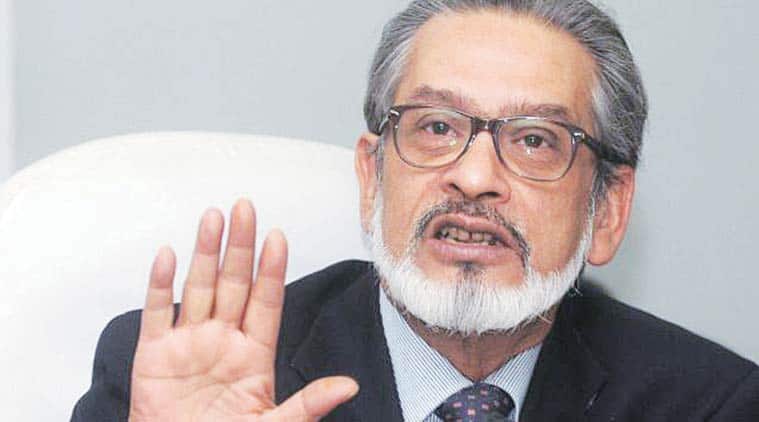 The likelihood of data getting suppressed continues, Pronab  Sen said adding that the onus is on the NSC to ensure the release of the data.

Putting in place a release calendar for all official economic data sets and ensuring their timely release is key to restoring the credibility of India’s statistics, according to Pronab Sen, former Chief Statistician of India. He now heads the recently-formed Standing Committee on Economic Statistics.

Responding to a question by The Indian Express if like China, withholding of key government data sets has dented India’s global image on official statistics, Sen said suppression of data and the subsequent leaks have progressively resulted in the “demonising of data” and ended up demoralising the country’s statistical system.

The NDA government has come under fire for repeated instances of data suppression across ministries, including the delay in the release of Periodic Labour Force Survey for 2017-18, withholding of the Annual Consumption Expenditure Survey for 2017-18 and the Mudra survey.

Express Editorial | Shadow over data: Recent events have suggested that all is not well in the Indian statistical system

Sen, however, flagged concerns regarding the draft NSC Bill, which had been put in public domain for comments, stating that the Bill in its present version will essentially turn NSC into a public sector undertaking with no powers of its own. “With this Bill, power of NSC will be zero. Think of what this Bill is doing. You are converting the NSC into a PSU. That’s what you are doing. Has a ministry ever listened to a PSU? The Ministry tells the PSU, not the other way round. And, this Bill creates a PSU called the NSC,” he said.

The likelihood of data getting suppressed continues, Sen said adding that the onus is on the NSC to ensure the release of the data. “The suppression issue is not our issue. Our issue is if you guys come to me and say is the data available? And the answer is yes, it is available, it is with the NSO, please go ask the CSI (Chief Statistician of India) what is happening to it. My job ends there. It’s the NSC ‘s job to ask where is the data. We are told the data exists, it’s been approved, where is it?,” he said.

“The important thing is that they have to come up now with a release calendar. The urban (PLFS) data is quarterly. Now what they’ve been doing is they’ve been bringing them out in chunks rather than on a regular quarterly basis. So, suddenly four reports come together. What good is it for. There’s a reason why we had it quarterly,” he said.

Sen further said, “… when data gets suppressed and then gets leaked, that happened over the last one year, the government’s reaction has been to actually demonize the data. That’s been the reaction. So earlier nobody questioned the data per se, now the government itself is questioning the data. And there’s this bizarre situation of people outside the government, the users, are saying, no, this data is fine. It should be exactly the other way round.”

“I was already chairing that committee on the unorganised sector data and services. So that’s an ongoing thing. And that’s supposed to be annual, and it will start now. But the services sector (data), is to my mind less important because the services sector data is going to be pretty much like the ASI, which is very, very important for research and analytical purposes. But in terms of regular decision making, not that important because it comes with practically a two-year lag. But, the other one, the unorganised sector data is important,” he said.

The Standing Committee on Economic Statistics (SCES), which had its first meeting on January 7, has constituted three sub-committees: one for Periodic Labour Force Survey and time use survey; second for IIP and Annual Survey of Industries (ASI); and the third for Annual Survey of unincorporated sector enterprises and services sector data. For next two-three months, the sub-committees would take stock of the ongoing work on the surveys allocated to them, after which the SCES will hold its meeting.

“We spent time saying that let’s set up three sub-committees which will function essentially as the old ones. And after we’ve had time to take stock of what is going on, then we will have another meeting of the full committee to discuss where are the gaps, overlaps and whether there are definitional differences in the different data sets, all of that,” Sen said.