Focus on New Delhi’s role as Jaishankar heads to Moscow

Jaishankar’s visit assumes significance as it comes days before the G-20 summit in Bali, scheduled for November 15-16. This will be the first time since the war broke out in Ukraine that Putin and the western leaders, including US President Joe Biden, will be in the same room. 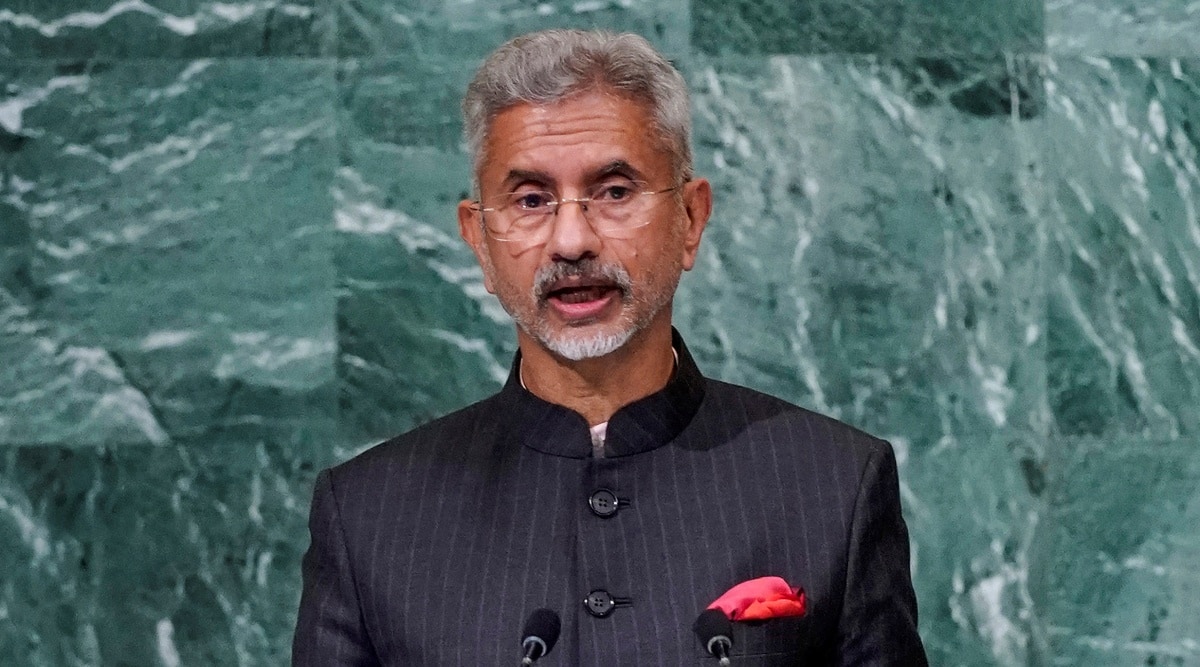 AMID THE Russia-Ukraine conflict, External Affairs Minister S Jaishankar is headed to Moscow on Monday for a bilateral visit.

Most of his meetings are scheduled on Tuesday, including a bilateral meeting with Russian Foreign Minister Sergey Lavrov and Deputy Prime Minister and Minister of Trade and Industry, Denis Manturov. There is no word yet on a meeting with Russian President Vladimir Putin, but it cannot be ruled out.

Also Read |As COP27 begins, why Russia-Ukraine conflict could be a turning point in the battle to fight climate change

Jaishankar’s visit assumes significance as it comes days before the G-20 summit in Bali, scheduled for November 15-16. This will be the first time since the war broke out in Ukraine that Putin and the western leaders, including US President Joe Biden, will be in the same room.

Jaishankar’s trip is being seen as a key moment, where Delhi is being billed as a potential negotiator between the two sides. He had last visited Moscow in July 2021.

It is learnt that India has intervened quietly in the past few months, when there has been a deadlock. In July, India had weighed in with Russia on the grain shipment from ports in the Black Sea.

Much of these messages have been delivered quietly, and Delhi is positioning itself as a player with credibility on both sides. But, that has not always worked.

The Washington Post reported over the weekend that Prime Minister Narendra Modi had offered assistance on peace talks in a call with Ukraine’s President Volodymyr Zelenskyy last month. But, Zelenskyy spurned the offer, according to the report.

The report said that according to a statement released by Zelensky’s office, “Zelensky told him Ukraine would not conduct any negotiations with Putin but said Ukraine was committed to peaceful settlement through dialogue”. The statement noted that Russia had deliberately undermined efforts at dialogue, it said.

But, as the winter approaches in the conflict zone, there is a sense that both sides would want a ceasefire before early next year, when they can regroup and resume the conflict. Many view this as a potential opportunity for a ceasefire, and Delhi could be a broker between the two sides.

For Delhi, the bilateral aspect is key. This is the first winter in the last three years, when Russian military supply lines are under strain due to the ongoing eight-month-old war in Ukraine, and, simultaneously, Indian and Chinese troops are locked in a border standoff in eastern Ladakh.

For India, which is dependent on Russia for its defence supplies, this is the most important pillar of the relationship.

The new element is the energy relationship, as Russia is reported to have become India’s largest supplier of crude oil in October 2022 as refiners stepped up the purchase of discounted seaborne oil. This has added a new element in the ties with Moscow, which has not gone down well with Ukraine as well as the Western partners.

Jaishankar’s visit is expected to look at this aspect as well, and officials said this will be part of his conversation with Manturov, his counterpart for the India Russia Inter-Governmental Commission on Trade, Economic, Scientific, Technological and Cultural Cooperation, the IRIGC-TEC.

“Issues pertaining to bilateral economic cooperation obviously, in various domains, will be discussed,” MEA’s official spokesperson Arindam Bagchi said on Thursday, ahead of the visit.

What is also significant is that it is Modi’s turn to visit Russia this year, and if a possible visit takes place next month, Jaishankar will be there to lay the groundwork.

In the run-up to Jaishankar’s visit, Putin has been effusive about Modi and India. He had praised India by calling its citizens “talented” and “driven”, a week after he showered praises on Modi and called him a “true patriot”.

Ragpicker killed as car performing stunts rams into him in Gurgaon