“The structural reforms being announced today will impact those sectors which are new horizons of growth, unleashing new investment, boosting production and creating jobs,” Sitharaman said.

Among the major decisions, Sitharaman said the government monopoly in the coal sector would be removed to allow commercial mining. She also said the foreign direct investment (FDI) limit in defence manufacturing would be raised from 49 per cent to 74 per cent under the automatic route. (Read highlights of FM Nirmala Sitharaman’s speech)

Prime Minister Narendra Modi tweets on today's announcements by Union Finance Minister Nirmala Sitharaman: "Important sectors such as coal, minerals, defence, aviation, space and atomic energy have been covered in the announcements by the FM today. The measures and reforms announced will create many business opportunities and contribute to economic transformation."

Important sectors such as coal, minerals, defence, aviation, space and atomic energy have been covered in the announcements by the FM today. The measures and reforms announced will create many business opportunities and contribute to economic transformation.

The government is boosting private participation in space activities. This will be done by:

The government says it will boost private sector investments in social-infrastructure projects, like hospitals, by revamping the Viability Gap Funding Scheme. The total outlay for this has been pegged at Rs 8,100 crore.

The government will release a tariff policy with reforms, including consumer rights, promotion of industry and sustainability of sector. 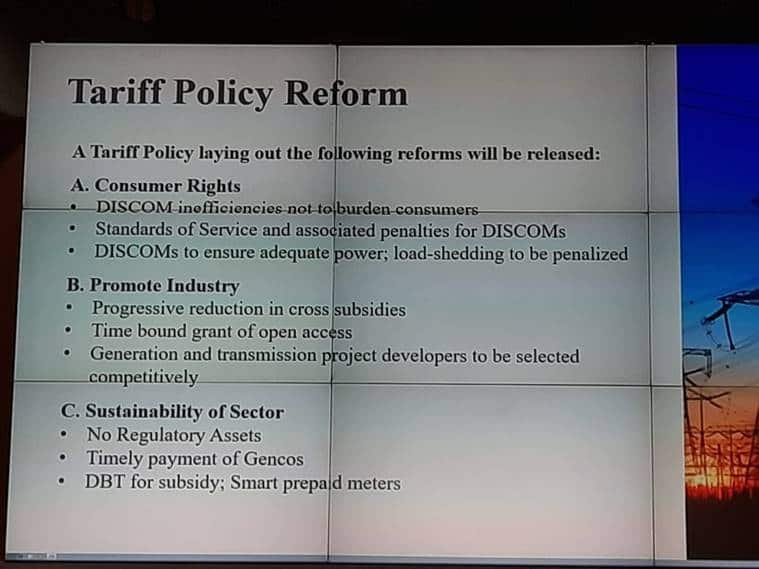 Maintenance, Repair and Overhaul of aircraft

Most aircraft -- civil and defence -- fly abroad for repairs. Due to this, the government has announced rationalisation of MRO ecosystem to favour repairs and maintenence in the country.

Six more airports to be put up for auction

The government has announced six more airports for auction under a PPE model. Annual revenue from this in the first round could come up to Rs 1,000 crore/year with an additional downpayment of Rs 2,300 crore for the Airports Authority of India. Additional investment by private players in 12 airports in the first and second rounds are expected to bring in around 13,000 crore. Another six airports will be put out for the third round of bidding.

Civil aviation reforms to bring in about Rs 1,000 crore a year

Only about 60% of Indian airspace is freely available. This means, airlines usually fly longer routes. To help rationalise this, FM Sitharaman says restrictions on utilisation of Indian air space will be eased so that civilian flying becomes more efficient. This will bring a total benefit of Rs 1000 crore a year for the aviation sector. This will also reduce fuel use and time, leading to a positive environmental impact.

FDI limit in defence manufacturing under automatic route raised to 74%

FDI limit in defence manufacturing under automatic route to be raised from 49 per cent to 74 per cent, says FM Nirmala Sitharaman. The government will also begin time-bound defence procurement and faster decision making by setting up a Project Management Unit (PMU) to support contract management. It will ensure realistic setting of General Staff Qualitative Requirements of weapons/platforms and overhaul trial and testing procedures.

FDI limit in defence manufacturing to be raised from 49% to 74% under automatic route: FM Nirmala Sitharaman @IndianExpress

'Make in India' for self-reliance in defence production

FM Nirmala Sitharaman says the government will notify a list of weapons/platforms for ban on import with year-wise timelines, and will also ensure indigenisation of imported spares. For this, a separate budget will be given for domestic capital procurement. This will also reduce the huge defence import bill.

In the defence sector, the government aims at improving autonomy, accountability and efficiency in Ordnance Suppliers by Corporatisation of Ordnance Factory Board.

Sectoral reforms for mining of minerals

The government is set to introduce a seamless composite exploration-cum-mining-production regime. 500 mining blocks will be offered through an open and transparent auction process. The govt will also introduce a joint auction of bauxite and coal mineral blocks to enhance aluminum industry's competitiveness. This will help the industry reduce electricity costs, says FM.

FM says there is a need to reduce import of substitutable coal and increase self-reliance in coal production. Therefore, the govt is introducing competition, transparency and private sector participation in coal sector through a revenue sharing mechanism instead of regime of fixed rupee/tonne. This means, now, any party can bid for a coal block and sell in the open market.

For this, entry norms will be liberalised. The govt will offer nearly 50 blocks immediately with no eligibility conditions, but only upfront payment with a ceiling.

The FM says a scheme will be implemented in states through 'challenge mode' for industrial cluster upgradation of common infrastructure facilities and connectivity.

The Finance Minister is expected to today announce measures that will focus on structural reforms to help build an Atmanirbhar Bharat (self-reliant India).

FM Sitharaman begins her press conference. By building a self-reliant India, the country needs to prepare for global competition, she says, adding that India also needs to face the challenges of the global value chain. "We are not looking inwards. It is making India rely on its strength, while facing the global challenges," Sitharaman says.

In the last three days, Union Finance Minister Nirmala Sitharaman has announced three tranches of measures to cushion the impact of the Covid-19 pandemic and the lockdown on the economy. On Day 1, she announced relief measures to micro, small and medium enterprises. The following day, she announced measures for migrants, farmers and street vendors. On Friday, funds were allocated to agriculture and allied activities.

Union Finance Minister Nirmala Sitharaman will address the press for the fourth time on Saturday to unveil more measures to mitigate the economic impact due to the coronavirus. Follow our live blog for the latest news and updates.

In the past three days, the Finance Minister has provided relief for Micro, Small and Medium Enterprises (MSMEs), and migrant labourers, farmers and street vendors, and agriculture and allied sectors.

On Frida, barely seven months after imposing limits on the maximum quantity of onion any wholesaler or retailer could keep, the Narendra Modi government announced what may turn out to be a defining “1991 moment” for Indian agriculture. The Centre, Finance Minister Nirmala Sitharaman said, will amend the Essential Commodities Act (ECA) to “deregulate” agricultural foodstuffs — including all cereals, pulses, oilseeds, onions and potatoes — and allow clamping of stock limits on these only under “very exceptional circumstances” like natural calamities and famines, which cause a “surge in prices”.

A third reform announcement, complementary to the first two, was the creation of a “facilitative legal framework” for contract farming.

According to Sitharaman, the three major reform moves are aimed at improving price realisations for farmers, while pointing out that the ECA was enacted in the “days of scarcity”.

In the past few days alone, the BJP governments in Gujarat and Karnataka have promulgated ordinances to allow farmers to sell their produce outside of the APMC market yards, besides granting traders a unified licence to buy from any mandi across their states.

On Friday, Sitharaman also stated that steps are being taken to clear dues of micro, small and medium enterprises (MSMEs). She said that only the litigated dues are not being cleared, rest all accumulated dues and which are getting added in present will be handled. On Friday, The Indian Express had reported that the total outstanding payments to units in the MSME sector, as on March 31, 2020, was pegged at upwards of Rs 4.95 lakh crore, according to government estimates accessed by this newspaper.

Sitharaman had Wednesday said that the Centre and central PSUs would clear pending MSME dues in 45 days. Minister for MSMEs and Road and Highways Nitin Gadkari has appealed to all stakeholders including the private sector to fast track the outstanding payments to MSMEs at the earliest.