Sources said a consignment of 150 kg of fresh apricots was sent to Dubai from Kargil on Sunday by Gurgaon-based start-up Krishak Agritech. 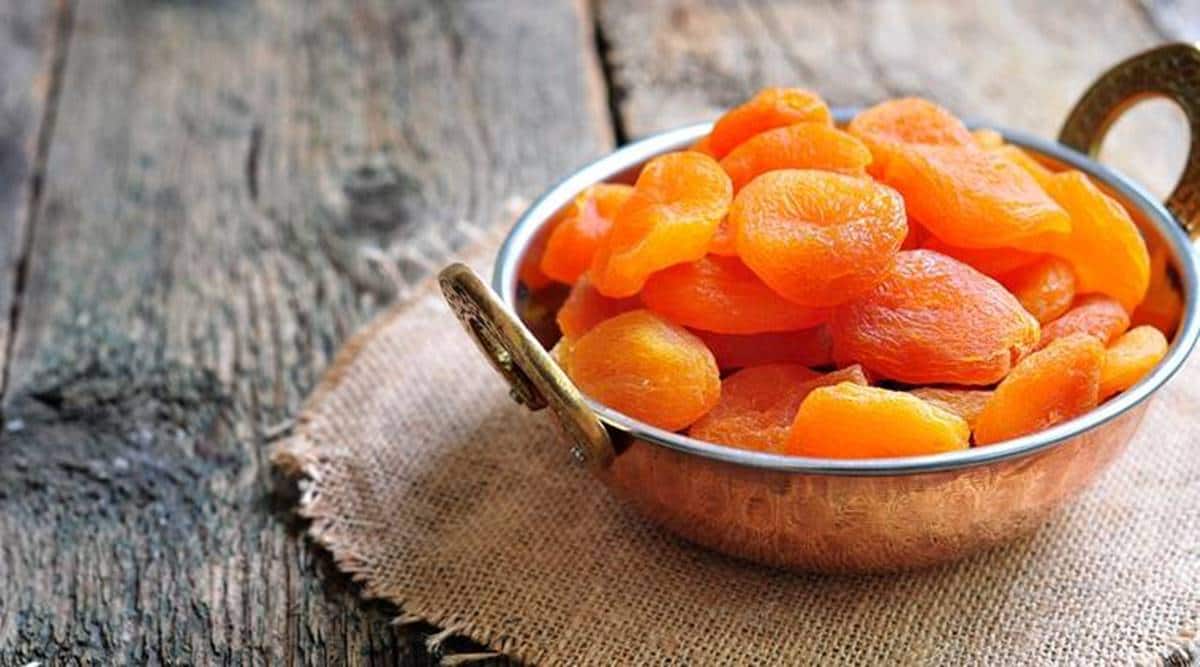 Apricot came to be identified as the primary crop for Kargil under its One District One Crop Programme. (Photo: Getty Images/Thinkstock)

FRESH APRICOTS from Kargil district in the union territory of Ladakh have for the first time in 35 years found their way to the international market.

Sources said a consignment of 150 kg of fresh apricots was sent to Dubai from Kargil on Sunday by Gurgaon-based startup Krishak Agritech. The consignment was flagged off by Feroz Ahmed Khan, Chief Executive Councilor of Ladakh Autonomous Hill Development Council, at a function organised to mark the occasion. Kargil Deputy Commissioner Santosh Sukhadeve presided over the function.

The export of fresh apricots from Kargil district to international as well as domestic markets was banned by the erstwhile Jammu and Kashmir government in 1986 under the “flimsy pretext” of stopping the spread of codling moth, said Khan. As the ban is still in force, the startup took special permission from the Government of India to export it outside the district, he added.

With little being done by successive J&K governments to tackle the problem of codling moth, farmers in Kargil were discouraged from growing apricot plants. However, the district still produces more than 20,000 tons of apricots grown on old trees, said Naveen Gahlawat, founder of Krishak Agritech.

Ironically, while India was importing apricots for its domestic market from Afghanistan, more than 70 per cent of the fruit in Ladakh was allowed to perish, he said, adding that only 30 per cent of the fresh produce used to be dried by the local people for sale outside Kargil as a dry fruit.

Things started changing after Ladakh became a union territory. Apricot came to be identified as the primary crop for Kargil under its One District One Crop Programme.

Pointing out that his firm, which has been operating in the Himalayan areas, including Ladakh, started commercially dealing with fresh apricots since July 25, Gahlawat said they have so far supplied 20 MTs of fresh apricots, valued at nearly Rs 30 lakh, to traders in Mumbai, Hyderabad, Ahmedabad, Delhi and the National Capital Region. The produce was procured from more than 200 farmers in Kargil district.

From next year, their endeavor will be zero waste, he said. Of the more than 40 varieties of apricot in Kargil, the local people dry only one or two varieties for sale as dry fruit, leaving others to perish, Gahlawat said. “We will be making fresh juice of the varieties which are not much in demand and sell it as a value-added product,” he said.

Kargil Deputy Commissioner Sukhadeve appreciated the efforts undertaken by Krishak Agritech, saying it came up with a solution by understanding the possibility of export of Ladakhi apricots. He emphasised that exporting apricots is a strategic priority for Kargil/Ladakh to contribute to the economy of the union territory.

As states reopen schools, govts must start paying attention to gaps the pandemic has widened