FIR against BSF by Meghalaya villagers for “fake encounter”

District police officers later reached the village and talked to the villagers. 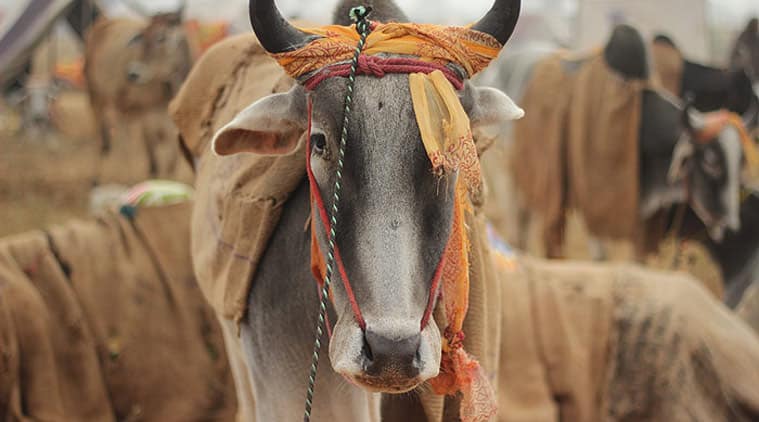 The villagers asked how cattle smuggle could take place during daytime in presence of security personnel along the border. (Representational Image)

Residents of a village near Bangladesh border have lodged an FIR against the BSF claiming that Friday’s firing by its personnel to stop “cattle smugglers” was actually a fake encounter.

BSF had said in a statement that their men posted at Kachu Adokgre in West Garo Hills district apprehended cattle smugglers, who attacked them along with local people, and they had to fire injuring two persons.

Villagers of Belabor, however, contested this version and lodged an FIR demanding action against the BSF personnel involved, Superintendent of Police Dr MGR Kumar said on Sunday.

BSF personnel were trying to pass ordinary villagers as cattle smugglers to impress their superiors, said the FIR lodged on Saturday.

The district SP said, “We are looking into all aspects of the case and an investigation into what really happened is currently on.”

The villagers asked how cattle smuggle could take place during daytime in presence of security personnel along the border.

The FIR claimed that BSF men came in two vehicles at a spot away from their jurisdiction, questioned one resident of Belabor about cattle smuggle and let him go at around 9 AM.

Then they moved to Kochu Adokgre and found Namseng Ch Sangma, a resident of Belabor village, tending six cattle. They accused him of smuggling the animals to Bangladesh, the FIR said.

Villagers reached the spot and an argument ensued as BSF personnel refused to listen to the plea of the local people that the cattle belong to them, it said adding BSF men then fired injuring two persons including Namseng.

District police officers later reached the village and talked to the villagers.

The injured men, who were shot in the leg and were hospitalized, and two others were arrested.