The new Indian Ambassador was invited by Kim Yong-nam, President of the Presidium of the Supreme People’s Assembly on the ninth day of his stay in the country to present his credentials and Gotsurve hit the ground running When Atul Malhari Gotsurve was chosen two months ago as India’s Ambassador to North Korea, his appointment was announced with uncharacteristic discretion. Such announcements are routinely sent out to the media as soon as the agrément or approval for the envoy’s accreditation is received from the host country. In this instance, the Ministry of External Affairs (MEA) sat on the announcement after Pyongyang conveyed its willingness to receive Gotsurve.

South Block, the MEA headquarters, then told Gotsurve to call on the Ambassador of South Korea in Chanakyapuri, the capital’s diplomatic enclave. This too was unusual because North Korea is legally at war with the South: there is only an armistice. The intention was to upgrade relations with North Korea without upsetting New Delhi’s thriving relations with Seoul and continue to walk a tight rope with Washington. South Korea’s President, Moon Jae-in, is to visit New Delhi in July.

Simultaneously, an Indian diplomat let it slip about Gotsurve’s choice in a conversation with the faculty of the Korea Studies Program at the Johns Hopkins School of Advanced International Studies in Washington. The idea was to reassure the Americans through the back channel and the South Koreans through the official route that India had no intention to rock the boat in the middle of delicate global diplomatic manoeuvres in the Korean peninsula even as it sought to protect its interests in the peninsula.

Minister of State for External Affairs General V K Singh’s two-day visit to North Korea is the successful culmination of a prolonged effort by the Narendra Modi government to reclaim New Delhi’s place in diplomacy involving the divided Koreas. In 1953, Jawaharlal Nehru underwrote a role in the peninsula when he punched above newly-independent India’s weight in the armistice that ended the Korean war. In recent years, however, India lost its way in intra-Korean diplomacy, which is now sought to be corrected. This demanded careful fine-tuning of Indian policy.

Gotsurve is the first Indian Foreign Service (IFS) officer to head New Delhi’s mission in Pyongyang in almost six years. Incredible though it may seem, in January 2013, S M Krishna, the UPA’s External Affairs Minister, sent a stenographer in the MEA as Ambassador to North Korea. The Modi government did better: in 2015, a Chinese language interpreter from South Block was sent to replace the stenographer. She recently completed her three-year tenure as head of mission.

When the Modi government decided earlier this year to once again send a diplomat — a regular IFS officer — to Pyongyang to head the embassy, it was seen in Chanakyapuri as tantamount to stepping up ties with North Korea. Gotsurve arrived in North Korea’s capital on May 5. Ambassadors posted to Pyongyang have had to cool their heels for months before formally starting work. The Stalinist outpost is notorious for its red tape because no one in its labyrinthine system would easily take decisions: if the “respected Supreme Leader” Kim Jong-un, disapproved of a decision later, the one who decided could end up in jail, or worse. But with India’s moves to upgrade relations, matters moved at refreshingly lightning speed.

The new Indian Ambassador was invited by Kim Yong-nam, President of the Presidium of the Supreme People’s Assembly on the ninth day of his stay in the country to present his credentials and Gotsurve hit the ground running. The following day Gen (retd) V K Singh, the Minister of State for External Affairs, landed in Pyongyang.

Like most things in the “hermit kingdom,” the red carpet too has a different meaning in North Korea. The ‘red carpet’ was indeed rolled out for Singh, but it meant he had to go through the tiresome and exhausting rituals that any high level visitor to North Korea has to endure. Singh and his delegation had to travel to Mangyongdae, the birthplace of the founder of North Korea, “Great Leader” Kim Il-sung.

In Pyongyang, the foreign ministry announced that V K Singh “laid bouquets at the President’s old home in Mangyongdae with deep reverence for him.” More challenging was Singh’s visit to the “Tower of the Juche Idea.” It is a 150-metre-high tapering white marble column representing the triumph of the Great Leader’s guiding philosophy for the Korean people that is sacrosanct in all their walks of life.

Singh and Gotsurve had to endure a long explanation of the fundamental principles of the Juche Idea. The other mandatory visit they made was to the Victorious Fatherland Liberation War Museum. The short-term legacy of Singh’s visit is that the new Indian Ambassador will be the toast of the diplomatic community in Pyongyang. In a country where access is difficult, thanks to Singh’s visit, Gotsurve has already met the vice-president of the Presidium of the Supreme People’s Assembly, the Minister of Culture and select members of the Presidium of the Politburo of the Workers’ Party of Korea. In the normal course, it would take an Ambassador resident in Pyongyang at least a year to have such high level meetings, if at all. 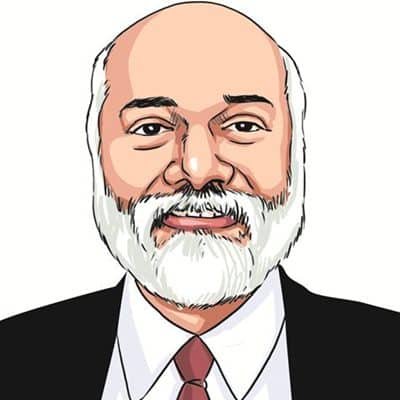