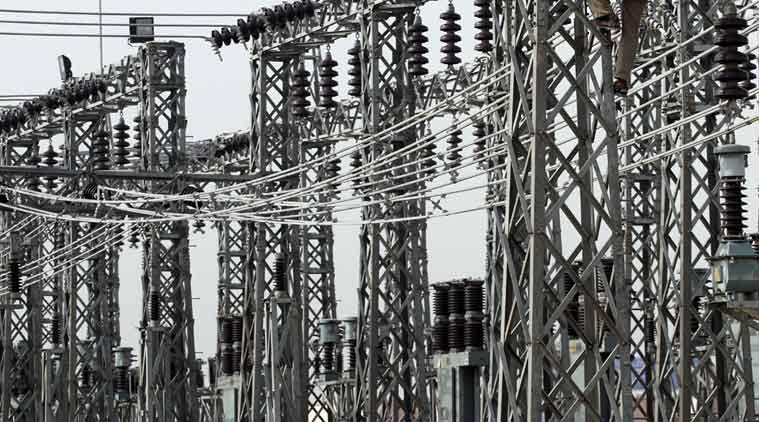 These include gifts for officials in the Ministry of Power: a teakwood cabinet for the Personal Secretary to the Union Power Minister; an iPad Air 2 for the Secretary; payment of a Vodafone bill for a Special Secretary; and a mobile handset for an Additional Secretary.

The CVO — Gujarat IPS officer Satish Verma — also red-flagged hospitality bills of Power Ministry officials worth Rs 20 lakh, including 18 for meals at five-star hotels in Delhi, and from Kentucky Fried Chicken and Baskin Robbins, a box of chocolate, even home delivery from Domino’s.

Verma’s report, which was sent to the ministry, CBI and Chief Vigilance Commissioner this July, includes details of “unauthorised” car hires for ministry officials worth lakhs of rupees and purchase of dry fruits worth Rs 10.6 lakh.

There’s also a bill for the purchase of turmeric and ginger, and reimbursements claimed for money spent in a movie theatre in Shillong.

The report containing details of money spent on Power Ministry officials by NEEPCO — between May 2014 and March 2016 — was one of the nine submitted by Verma during his tenure as the PSU’s CVO between October 2014 and July 2016.

On December 13, The Indian Express had published details of another report sent by Verma that included charges of an “elaborate conspiracy”, allegedly involving a relative of Union Minister of State for Home Kiren Rijiju, contractors, NEEPCO officials and local officials in the construction of two dams for the 600-MW Kameng Hydro Electric Project in Arunachal Pradesh.

In that report, Verma had alleged that highly inflated bills were submitted to defraud the PSU and the government of funds, that “may extend up to Rs 450 crore”. Verma’s report also contained an audio CD of a purported conversation he had with sub-contractor Goboi Rijiju on December 29, 2015, in which the latter is heard offering “any help you need from Bhaiya (MoS Kiren Rijiju)”. MoS Rijiju and the Power Ministry have denied these charges.

Soon after Verma had sent the report, he had been pulled up by NEEPCO for “unauthorised absence” and transferred to the CRPF in Tripura.

When contacted about Verma’s charges related to money spent on officials, the Power Ministry acknowledged that the officer’s reports are being investigated. It did not respond to specific charges, except to cite NEEPCO records to clarify that the iPad was given to its then CMD P C Pankaj and not the Secretary (Power).

The ministry reiterated an earlier statement in which it had stated that Verma was facing an inquiry after being slapped with a chargesheet and that he had sent 10 back-dated reports.

NEEPCO, too, said in a statement that the iPad was given to its then CMD. It said in a statement that “no gifts were given to any MoP (Ministry of Power) officials during the period”. “The list of gifts mentioned cannot be construed as gifts as these are mostly miscellaneous office equipments/ data cable, etc., which were given for official use… MoP being the administrative department of the corporation,” it stated.

The NEEPCO documents Verma attached with his reports:

* A payment voucher showing purchase of an I-Pad Air 2 for Rs 59,900 on November 9, 2015, from Infinity Retail Ltd (Croma). It includes a handwritten note that reads: “Purchase of I-Pad Air – 2 for Secretary Power”.
* A note sheet dated November 4, 2015, which states: “It has been decided by the management to provide one Apple I-PAD Air-2 Wi-Fi+Cellular 128 GB for official use of Secretary (Power), MoP. Accordingly a quotation has been called from IWorld Business Solutions (P) Ltd… Ansal Plaza New Delhi. I World has quoted Rs 59,900…” The sheet contains signatures of various NEEPCO officials, including the PSU’s then CMD approving the purchase.
* A data table showing details of purchases, including Rs 46,000 spent on a teakwood cabinet for “PS to the MoP”; Rs 3,000 on settling a Vodafone bill for one common number listed against a Special Secretary and Additional Secretary; Rs 4,375 on a handset for an Additional Secretary; Rs 6,000 on two USB adaptors and a lighting cable for an iPhone 5… “as requested by Addl Secy”; Rs 3,000 on an iPad USB cable for “JS (Hydro)”; and, Rs 10.6 lakh worth of dry fruits.
* 87 hospitality bills worth Rs 20.2 lakh for lunch and dinner expenses of ministry officials, mostly in Delhi and including 18 meals at five-star hotels.
* Rs 5 lakh was spent on hiring vehicles for one ministry official alone between May 2015 and February 2016.

Calling these expenses “unjustified”, the CVO’s report states: “MoP is the administrative ministry of the Govt. of India having oversight over NEEPCO and it is impermissible that NEEPCO should spend serious public money for entertaining MoP officials… It is not the purpose of hospitality expenses to be spent on officials of the MoP. Such powers are given to CPSE (Central Public Sector Enterprise) officers for business development.”

It states, “Vehicles have been hired for MoP officials who are not authorized for staff car as per Govt. Norms.”

The report cites memos from the Department of Personnel and Training (DoPT) to note that the “government of India has prohibited such use of CPSE resources by officials of the ministry”.

“The conduct rules of NEEPCO do not allow serious expenses on giving lavish parties to MoP officers and gifting them goods and services on illusory excuses. On the other hand, neither the CCS (Conduct) Rules nor the All India Services (Conduct) Rules allow a ministry officer to accept them,” the report states.

The Indian Express emailed queries related to the charges to Secretary (Power) P K Pujari and the then Joint Secretary (Hydro) Aniruddha Kumar but received no response.

When contacted Thursday, then Additional Secretary Devendra Choudhary said that he was unable to verify “such official orders” in such a short span of time.

Asked about the response from the Power Ministry and NEEPCO on the iPad, the PSU’s then CMD, P C Pankaj, said, “It may have been issued to me but I have not kept it. I have given it to someone. I don’t remember whom. The note must have been made in the name of Power Secretary, but who received the iPad, I am not sure. I am sure I did not give it to Power Secretary. I am sure the notesheet does not mention Power Secretary, Government of India. It could be Power Secretary of a state also. For business development we have to do these things. I will have to find out who I gave it to.”

Asked about the other allegations contained in the report, Pankaj said: “I don’t know what facility has been availed by what official. At my level, you don’t get to know everything. So many entertainment bills come to me for signatures, I don’t check all of them.”

Pankaj, however, defended the PSU’s expenses in terms of gifts and meals at five-star hotels for Ministry officials. “We have a budget for entertainment. Wherever we feel it is necessary for business development, we entertain people for dinner, etc. There is MoP, then there are MoPs in states, too. We have to get projects from them, get clearances, get things moving in different states,” Pankaj said.

Responding to the allegations, the Ministry of Power stated:

“The complaint was referred to the CVO, North Eastern Electric Power Corporation Ltd (NEEPCO), for examination. Regarding the allegation pertaining to wasteful expenditure on officials of Ministry of Power including that in 5-star hotels, it was reported by the then CVO, NEEPCO, Shri S C Verma in February, 2016, that it is not possible to investigate or give opinion on such imprecise and vague allegations.”

“Based on the report of the then CVO, NEEPCO, the CVC allowed the matter to rest. However, another report which is dated July 4, 2016, has been received in the ministry on July 25, 2016, from Shri S C Verma. This report has been posted from General Post Office, New Delhi, on July 23, 2016, i.e., much after he handed over charge of CVO on July 5, 2016.” (Verma had said that a fresh report was sent after he discovered another file in July 2016 with details of hospitality bills and gifts.)

Since those reports were dispatched by Shri S C Verma after having been relieved from NEEPCO, they have been referred to his successor for examination. The consolidated report of CVO has been forwarded to CVC on November 30, 2016.”

‘Hospitality for promotion of business’

In a statement, NEEPCO said that the expenditure incurred on official hospitality was for the promotion of its business interests.

“The expenditure on official hospitality was for promotion of business interest of the corporation/ business lunches & dinners/ dinner post Board of Directors meetings/ farewell meetings of senior official; where MoP officials were also invited/ NEEPCO’s foundation Day celebration, etc., with various stakeholders. All the expenditures incurred on official hospitality have been approved as per the provisions of delegation of financial powers. For business promotions and as a gesture of goodwill, sweets and dry fruit hampers were distributed on Diwali.”

“No gifts were given to any MoP officials during the period. The list of gifts mentioned cannot be construed as gifts as these are mostly miscellaneous office equipments/ data cable, etc., which were given for official use.”