Development professionals and policymakers have tried many a scheme to address these issues. One idea that has found resonance in recent times is Farmer Producer Organisations or FPOs. 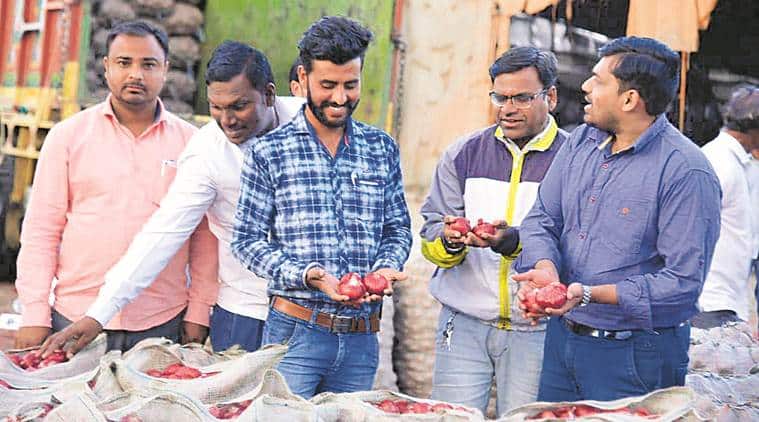 It is well-known that Indian farming is predominantly subsistence-oriented. Over 86% of our farmers operate individual holdings below two hectares, while cultivating 47% of the country’s total cultivated area. The production and productivity of these farms are generally low, and so is the marketable surplus that is generated. Such farmers are also at the receiving end of our marketing system, with even the little produce that they sell fetching low realisations.

Development professionals and policymakers have tried many a scheme to address these issues. One idea that has found resonance in recent times is Farmer Producer Organisations or FPOs. Simply put, it represents the power of aggregation, from many small farmers coming together and forming an organisation that would collectively purchase inputs required by them and/or sell their produce. Initially, only small informal groups of 20-25 farmer-members are formed. Such farmer interest groups or FIGs are, then, aggregated into FPOs, supposedly of the requisite size for tapping input and produce markets. The FPOs, in turn, can remain informal groups or be registered societies, cooperatives, trusts and companies.

That’s where the problems start.

A committee under noted economist Y K Alagh had suggested amending the Companies Act of 1956 to allow formation of farmer producer companies (FPCs), which combine the ideals of cooperatives with the more business-friendly regulatory framework of company law. The recommendation was accepted and many development professionals, too, felt it was a good idea to register farmers’ collectives as FPCs. But remember, we thought of collectives mainly as an instrument for improving the lives of small farmers. And here, we were subjecting them to the rigours of company regulations that they were ill-equipped to handle and having to pay consultants for filing returns.

It raises the question: What is the hurry to incorporate farmer collectives as companies? Why not let them stay as informal FIGs till they are really ready to get into business? Right now, there’s probably an incentive for NGOs to assemble farmers, form them into FIGs and immediately register as FPOs, since the latter are eligible to receive a matching equity grant of up to Rs 15 lakh from the Small Farmers’ Agribusiness Consortium under the Union Agriculture Ministry.

Second, small farmers mostly produce paddy, millets, wheat, pulses, vegetables and other staples, with very few into boutique products such as chia seeds. Even if FPOs/FPCs are formed, are there enough margins in the business of just aggregating staples? Would these leave farmers vastly better-off than earlier, when they were individual sellers in the market? We need to, therefore, address issues relating to when and where to start an FPO, apart from the right product/product mix — whether plain milled rice or the whole value chain from rice bran to single polish, double polish, puffed and beaten rice — and a viable business plan. That calls for strategic thinking and going beyond short-term “infatuation” or “romance” when it comes to helping farmers.

Linked to this is the third point — the pedigree of FPO-promoting organisations. Many of them happen to be NGOs that are good at community mobilisation, but whose business acumen is suspect. The FPOs/FPCs ultimately have to compete with the arathiyas or middlemen-market makers. These are nimble individual players who, unlike the newly-minted FPOs, have been part of the Indian produce marketing system since time immemorial.

Fourth, while cracking the produce markets might be difficult, can’t FPOs start with bulk purchase of agricultural inputs, which may help them to secure discounts from suppliers? But even to be input dealers, there are also other issues like obtaining the requisite licenses and being able to provide credit. Most agri inputs today are sold to farmers by arathiyas or dealers on credit.

Fifth, if FPOs are to operate as businesses, what is the quality of manpower at their member, board and CEO levels? In the past, we had IRMA (Institute of Rural Management, Anand) that was created in order to build a cadre for managing milk cooperatives, just as the Centre supported a long-training programme for the running of agri-clinics at the National Institute of Agricultural Extension Management, Hyderabad. Right now, the CEO’s job at FPOs is done by NGO personnel whose core competence lies in community mobilisation. Can’t we develop proper training programmes, including through producing short videos such as those used in massive open online courses? Also, why not introduce a system of issuing sweat equity to CEOs or board members of FPCs as a performance incentive?

The idea of FPOs is, no doubt, worthy of romance. But as already noted, there are dangers of this not progressing beyond temporary infatuation, wherein businesses are artificially propped up and numerical targets set for starting FPOs. Good FPOs are those that truly create value for the farmer and operate as or more efficiently than the nimble arathiya. An FPO of, say, pulses growers can create value by aggregating and processing their produce, and selling it as milled dal. But if the dal mill belongs to somebody else and also not from the same village, the benefits of value addition will obviously not accrue to the growers.

FPOs further require an enabling ecosystem, through sensitising government officials and bankers to the unique potential of these business entities for improving farmers’ incomes. We saw such sensitisation and commitment when the movement for creation of self-help groups and their linkage with banks was launched in 1992. Powering an idea into a vehicle for rural development needs not merely “infatuation” and “romance”, but forging “relationships” and all actors — NGOs, governments and banks, in this case — folding their sleeves and working in tandem.