Data for December 2020 released by the Telecom Regulatory Authority of India showed that Punjab and Haryana were the only two states in which Reliance Jio lost subscribers during the month. 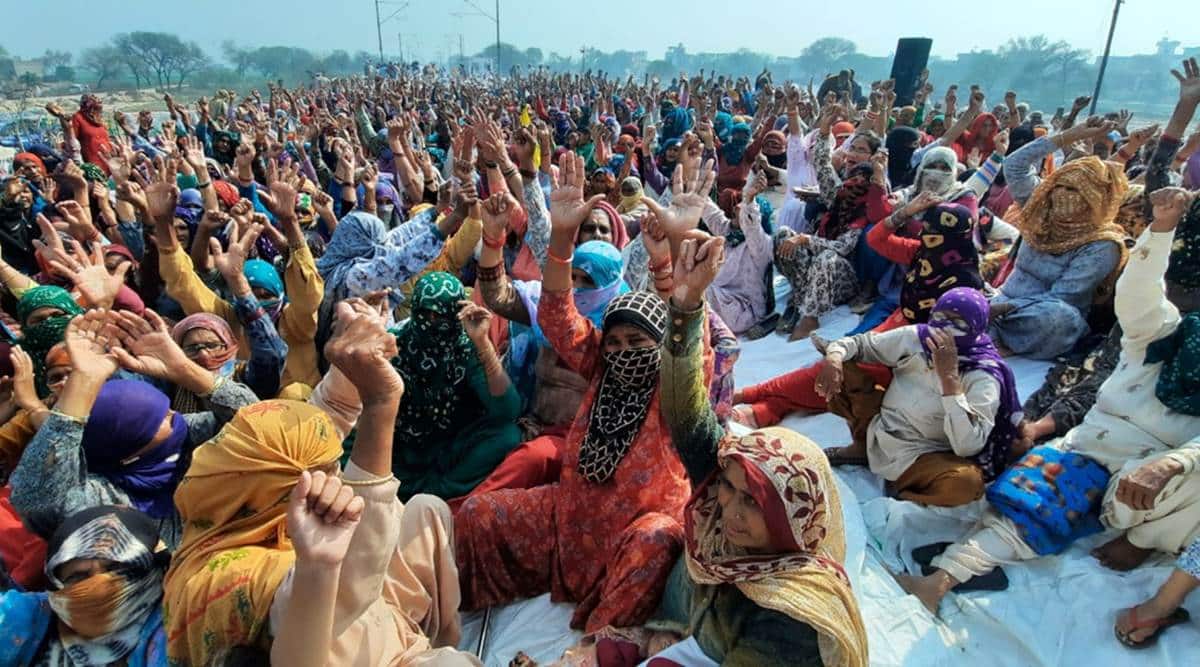 Women block railway tracks as part of the protest against the new farm laws, in Jind district of Haryana on Thursday. (Express Photo)

India’s largest telecom operator Reliance Jio’s wireless subscriber base in the states of Punjab and Haryana recorded a slide in December 2020, in what is being seen as a potential outcome of the backlash its parent company Reliance Industries Ltd faced from the ongoing protests against farm laws.

Data for December 2020 released by the Telecom Regulatory Authority of India showed that Punjab and Haryana were the only two states in which Reliance Jio lost subscribers during the month. Also, during December, Jio was the only major operator to have lost subscribers in these two states.

In Punjab, Jio had 1.25 crore subscribers as of end-December, the lowest in the preceding 18 months, falling from 1.40 crore as of November 2020. This was only the second time Jio lost subscribers on a net basis in the state since its commercial launch, with the only other month being December 2019, when all major telecom companies, except state-owned BSNL, reported a fall in subscribers in the Punjab circle.

In Haryana, Jio saw a fall in wireless subscriber numbers to 89.07 lakh in December 2020 from 94.48 lakh in November 2020 — the first time the company witnessed a fall in numbers for Haryana since its commercial launch in September 2016.

In a statement issued after RIL December-quarter results were reported last month, the company had said: “Higher churn during the quarter at 1.63% due to continued impact of COVID and recent malicious and motivated campaigns against Reliance Group in select geographies”.

While localised protests against the three farm laws had been going on since they were passed by Parliament in September last year, protestors began converging at borders outside Delhi by end-November. Shortly after that Jio started receiving port-out requests. On December 11, Jio wrote to the telecom regulator complaining that its rivals Airtel and Vodafone Idea were running “malicious campaigns” leading to the churn in its subscriber base.

Advertisement
Opinion |Farmers’ protest shows loss of trust in processes of governance, is reminder of the tyranny of laws

“These companies continue to remain directly/indirectly involved in supporting and furthering insinuations and false and frivolous rumours of Reliance being an undue beneficiary in the farm bills,” the company wrote in its letter to TRAI, adding that this was the reasons cited by customers in the “large number of port-out requests”.

The rivals had denied these allegations.

Later, following vandalism of telecom towers and fibre cables in use by Jio in these two states, the company filed a petition in the Punjab and Haryana High Court seeking “the urgent intervention of Government authorities to bring a complete stop to the illegal acts of vandalism by miscreants”.

Farmer unions had alleged that enabled by the farm laws, companies, including Reliance Industries, were “purchasing vast stretches” of farm land in Punjab and Haryana, where they allegedly planned to undertake contract farming and set up private mandis, thereby undermining government-run mandis.

However, Reliance Industries said that none of its affiliates including Reliance Retail or Reliance Jio had done any “corporate” or “contract” farming. It also said that neither Reliance nor any of its subsidiaries had purchased any agricultural land, directly or indirectly, “in Punjab or Haryana, or anywhere else in India, for the purpose of “corporate” or “contract” farming”, adding that it had no plans to do so.

Details of crop sown should be registered by farmers: Khattar