The scheme, “Bahini”, aims at providing “100 per cent access to free and safe sanitary pads to secondary and senior secondary schoolgoing girls”, says a government note. 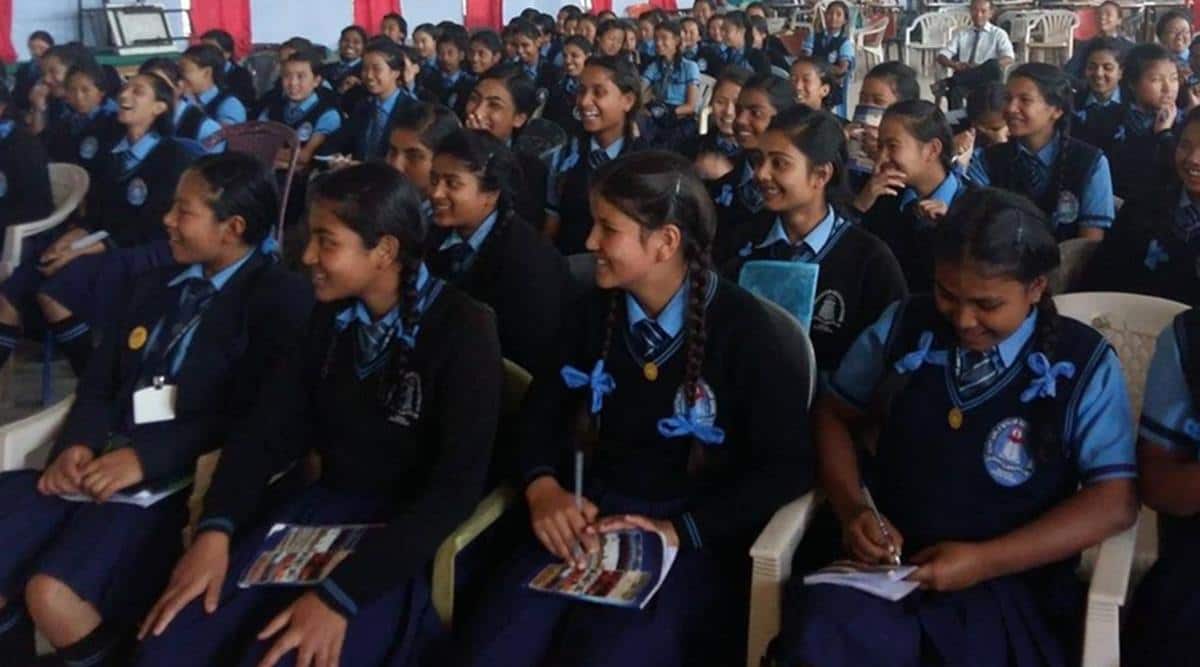 More than 40,000 students in Ahmedabad city have shifted from self-financed schools to government primary schools, stated the Gujarat government. File.

IN A first, the Sikkim government is set to announce a scheme to install vending machines to provide free sanitary pads in all its 210 secondary and senior secondary government schools across the state, in its annual Budget later this month.

The scheme, “Bahini”, aims at providing “100 per cent access to free and safe sanitary pads to secondary and senior secondary schoolgoing girls”, says a government note. It aims to curb dropout of girls from schools and raise awareness about menstrual hygiene.

There are about 18,665 adolescent girls studying in government schools in Sikkim. The scheme is based on an experiment the state government initiated in 2018, in collaboration with Sulabh International, where vending machines were installed in some schools.

“This is the first time that a state government has taken a decision to cover all girls studying in Classes 9-12. We had provided sanitary pads through vending machines in some schools, but that was ad hoc. And due to lack of budgetary support, some machines have fallen into disrepair, or stocks of pads have not been acquired. But this time, with the scheme being a part of the Budget, this will not be a problem. All schools will be covered and we will issue tenders for the dispensing machines. We will also install incinerators at these schools for proper disposal of pads,” said Additional Chief Secretary (Education) G P Upadhyay.

The decision to roll out ‘Bahini’ was taken at a meeting of the ruling Sikkim Krantikari Morcha on March 4.

“The issue of menstrual hygiene has been important for the SKM. The Chief Minister has talked about it in several of his speeches and we have been trying to formalise a scheme since 2018. Access to sanitary napkins, especially in rural Sikkim, much of which is remote and difficult terrain, is difficult. Often, even shops don’t keep napkins in these areas,” said Bikash Basnet, press secretary to Chief Minister Prem Singh Tamang.

“It’s not just providing sanitary napkins which is important, but creating an awareness about menstrual hygiene as well as general hygiene among girl students, especially adolescent girls,” said Upadhyay. “In rural Sikkim, there is little knowledge about menstrual hygiene. So we will hold training programmes for teachers and counsellors who will then disseminate the information to the students. Our hope is that the students will take this information back to their communities — and we will be able to target the women of these communities through the students,” he said.

He said that while girls in Sikkim may not drop out of schools due to menstruation, it is definitely a contributing factor. Upadhyay said the dropout rate of students in Sikkim, for both boys and girls, is similar to the national average, which is approximately 20% for both genders.

According to WaterAid India, during menstruation, adolescent girls skip school for five to six days every month, and 23 per cent opt to drop out completely due to lack of proper toilet facilities and inadequate provisions.

“Another factor is that accessibility of sanitary pads depends on affordability. There are many companies that produce pads locally now, but the fear is that these pads are not of good quality,” said Ranjana Das, who works on gender at Oxfam.

Upadhyay said that according to the National Education Policy (NEP) 2020, anganwadi centres are to be set up inside school campuses. “Very often, women don’t always turn up at anganwadi centres. But if they are in schools, access becomes more natural as students come everyday in any case. So anganwadi and ASHA workers will also be roped in for our menstrual hygiene programme under Bahini,” he said.

“Most women in rural areas resort to homemade sanitary pads… In Champaran in Bihar, for instance, women continue to use homemade napkins. Lack of access to menstrual facilities is a major reason why girl students drop out of schools in India, alongwith having to help in household chores, and look after their siblings. Schools in India simply do not provide safe places for menstruating girls, such as proper toilets,” said Das. “During their menstrual cycle, girls simply don’t go to school, which affects their education. And this lack of access follows them into the workforce,” she said.

Is Praful Patel the next Delhi L-G, asks Kejriwal