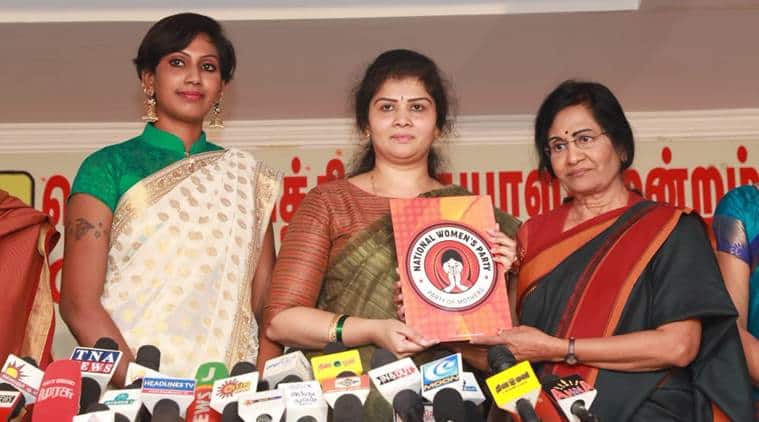 The National Women’s Party (NWP) launched its state unit in Chennai on Wednesday.

Party founder Dr Swetha Reddy said NWP will contest in 283 of the total 543 Lok Sabha seats in the upcoming elections, adding that the party’s main aim is to ensure 50 per cent reservation for women in Lok Sabha.

“The political parties in Tamil Nadu support women, but we are only a tiny part of their party’s big scheme. Here (NWP), we are everything. The ratio of women representatives in a political party is considerably low compared to men. So, we have decided to fight ourselves for our rights. When we are almost on par with men in terms of population, we have the right to be on par with them in politics,” Nithya said.

After getting eliminated from Bigg-Boss season 2, Nithya says she was in constant touch with Kamal Haasan and even got an invite from him to join his political party, Makkal Needhi Maiam.

“Kamal sir invited me to his party and even offered a position. He was very helpful on and off the show. Though I have immense respect for him, I decided to choose NWP over MNM because I really got attracted to the former’s ideology. They want women to be empowered. The party is by the women, for the women, and of the women,” Nithya said.