Sources said the list has two names from the BJP, which was earlier demanding better representation in the Cabinet, and four names from Rangasamy's NR Congress. 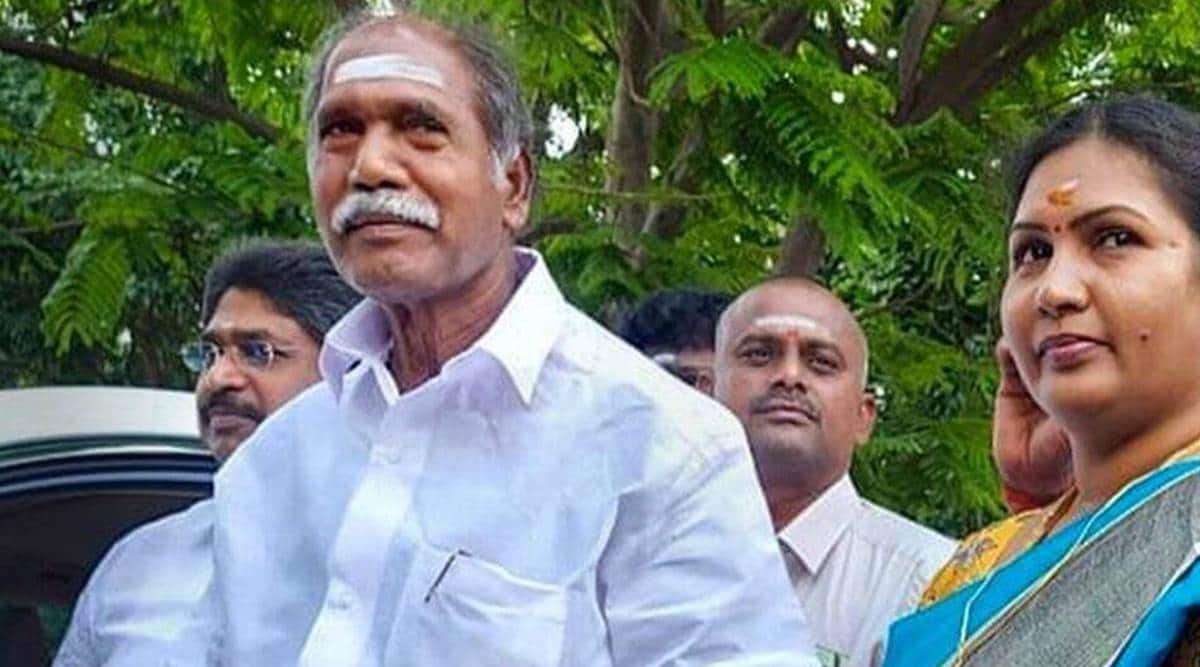 N Rangasamy took over as chief minister on May 7

AFTER WEEKS of hard bargaining with ally BJP after winning the elections, which delayed Cabinet formation in Puducherry, Chief Minister N Rangasamy on Wednesday submitted the list of his ministers to Lt Governor Tamilisai Soundararajan.

Sources said the list has two names from the BJP, which was earlier demanding better representation in the Cabinet, and four names from Rangasamy’s NR Congress.

A senior leader close to Rangasamy confirmed that the Chief Minister has submitted the ministers’ list to the Lt Governor. The list will be approved after the Ministry of Home Affairs forwards it to the President.

A senior BJP leader said A Namassivayam and Sai J Saravanan could possibly be the two ministers from the party. Namassivayam was the leader of a dozen Congress MLAs who toppled the previous Congress government by resigning and joining the BJP a month before the polls.

The possible elevation of Saravanan, meanwhile, triggered dissent in the BJP.

A Johnkumar, another MLA who left the Congress along with Namassivayam to join the BJP, resorted to a public protest last week after Saravanan’s name started doing the rounds and it became clear that he would not be picked for a minister’s post.

“It is a fact that we considered Johnkumar. But when we get only two minister posts, we cannot give both to people who came from the Congress party,” said a senior BJP leader, suggesting that Johnkumar may not be in the list submitted by Rangasamy.

After the election results were announced, the BJP, with six MLAs and help from Independents, harboured hopes for the CM’s post. BJP finally settled for Rangasamy’s offer of two ministers’ posts and the Speaker’s post.

Speed is the key