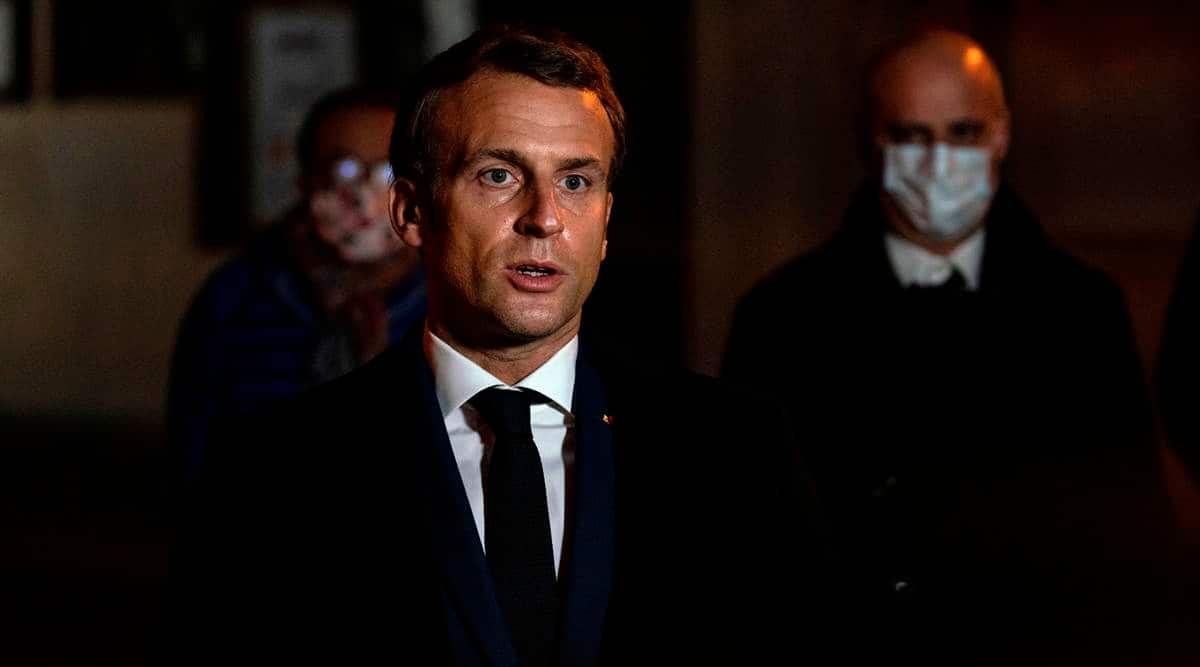 In a rare move, India on Wednesday came out in support of France’s President Emmanuel Macron, whom Pakistan and Turkey have targeted for strongly defending the French people’s right to freedom of expression.

On October 16, an 18-year-old Chechen refugee in France beheaded a 47-year-old schoolteacher, Samuel Paty, days after Paty had shown caricatures of the Prophet to his students.

Condemning the murder, Macron said: “We will continue… We will defend the freedom that you taught so well and we will bring secularism.” France, the President said, would “not give up cartoons, drawings, even if others back down”.

In an official statement, the Ministry of External Affairs said on Wednesday: “We strongly deplore the personal attacks in unacceptable language on President Emmanuel Macron in violation of the most basic standards of international discourse. We also condemn the brutal terrorist attack that took the life of a French teacher in a gruesome manner that has shocked the world. We offer our condolences to his family and the people of France.

From Explained | What explains the calls to ‘boycott France’ in the Muslim world?

“There is no justification for terrorism for any reason or under any circumstance.”

While France has seen repeated violent incidents around caricatures and cartoons that are deemed offensive, it is unusual for New Delhi to wade into a controversy over religion in another country.

In January 2015, after the attack on Charlie Hebdo journalists and cartoonists, the MEA spokesperson had said “we have vociferously condemned the situation”, and then External Affairs Minister Sushma Swaraj had written to her counterpart Laurent Fabius. “We are on the side of those who condemn this barbaric incident,” the spokesperson had said.

Earlier in March 2006, controversy over the publication of cartoons depicting the Prophet in a Danish daily had forced the cancellation of Prime Minister Anders Fogh Rasmussen’s scheduled six-day visit to India. Following widespread protests over the cartoons, New Delhi had conveyed to Copenhagen that this was not the “optimal time” for the visit.

New Delhi has close strategic ties with France, especially on issues of mutual interest from counter-terrorism to defence, and nuclear to space. Prime Minister Narendra Modi shares a personal rapport with President Macron, who had invited the PM to the G-7 leaders’ summit in Biarritz last year.

France has been extremely supportive of India at the UN Security Council on Kashmir and Pakistan-sponsored terrorism, among other issues. The two countries have a close cooperation on climate change, and have formed the International Solar Alliance.

Following Wednesday’s statement by the MEA, France’s Ambassador to India Emmanuel Lenain posted on Twitter: Thank you @MEAIndia. France and India can always count on each other in the fight against terrorism.”

India’s vocal support for Macron could also have been influenced by the fact that the charge against the President has been led by Turkey and Pakistan, two countries that have repeatedly attacked India over Jammu and Kashmir and alleged human rights violations.

European leaders have rallied around Macron and criticized attacks on him, particularly from Turkey.

Steffen Seibert, the spokesman for Germany’s Chancellor Angela Merkel has said: “They are defamatory comments that are completely unacceptable, particularly against the backdrop of the horrific murder of the French teacher Samuel Paty by an Islamist fanatic.”

Dutch Prime Minister Mark Rutte tweeted: “President Erdogan’s words addressing President Emmanuel Macron are unacceptable,” adding that the Netherlands stood “for the freedom of speech and against extremism and radicalism.”

France, Germany, and the UK, countries to which Shringla is headed, are all strategic partners of New Delhi, and nations with whom India has close and well-established relations.

Shringla will review bilateral relations and discuss matters of mutual interest and share Indian perspectives with his counterparts and with other key interlocutors. He will also interact with businesspersons, academics, intellectuals and media persons in these three countries. He will discuss international cooperation in dealing with the ongoing pandemic and its consequences.

“India’s relations with France, Germany and UK are built on a foundation of shared democratic values and are informed by a commonality of interest in issues such as sustainable development and climate change. India has very substantial trade and commercial ties and large investment flows with these countries. India also works closely with these countries in multilateral and plurilateral platforms on various issues,” the MEA said.

“Indian priorities such as robust and reformed multilateralism, its expanded multilateral and plurilateral engagements including its forthcoming non-permanent tenure in the United Nations Security Council, and its commitment to a free, open and inclusive Indo-Pacific will be discussed,” it said.

Some districts trying to control the testing for Covid-19: Thyrocare MD