Lok Sabha Elections 2019 HIGHLIGHTS: It is sad how Vande Bharat Express is being targeted, says PM

Lok Sabha Elections 2019 HIGHLIGHTS: Invoking poet-saint Guru Ravidas on his birth anniversary, Prime Minister Narendra Modi on Tuesday urged people to end caste discrimination and identify those who promote it in their "self interest".

Lok Sabha Elections 2019 LIVE Updates: Prime Minister Narendra Modi Tuesday flagged off what the Railways call the world’s first electric locomotive converted from a diesel locomotive, at Diesel Loco Works, in Varanasi. Modi unveiled the heavy-duty 10000-horsepower which has been made by joining two of the WAGC3 locos for freight operations.

The 2612 horsepower WDG3A diesel loco was converted into a 5000 horsepower electric loco to assume the new class called WAGC3 at a cost of Rs 3.79 crore. The project was sanctioned at the end of 2017 when Railways took the decision to go for 100% electric traction. Railways ministry has given sanction to convert 108 locos in one year.

Responding to the criticism of Vande Bharat Express by opposition leaders after the train developed a snag, PM Modi on Tuesday hit back, terming "targeting and mocking" semi-high speed train as unfortunate. The prime minister's reaction came after the criticism by Congress President Rahul Gandhi and SP leader Akhilesh Yadav. He termed the targetting of the train as an "insult" to engineers and technicians.

"Entire country will be forever indebted to families of those soldiers who laid lives for the country," says PM Modi.

Don't get demoralised by those surrounded by negativity: PM on opposition criticism on Vande Bharat Express

"Some persons targeting and mocking at semi-high speed train, it is unfortunate.  This is an insult to engineers and technicians involved in Vande Bharat Express project," says PM Modi.

Our govt is progressing the country on two tracks: PM Modi

Prime Minister Narendra Modi in Varanasi: Our government is progressing the development of the country on two tracks. One track is the infrastructure such as railway, airway, internet.....and the second is the attempt to make the lives of farmers, middle class & labor class easy. pic.twitter.com/CA1nuC5q8v

It is sad how Vande Bharat Express is being targeted: PM Modi in Varanasi

Prime Minister Narendra Modi in Varanasi: Many steps have been taken to transform the railway in the last 4 & 1/2 years. Semi-high speed train, Vande Bharat that was made in India is an example of it. It is sad how this train is being targeted and made fun of by some people. pic.twitter.com/NtlobCIWkL 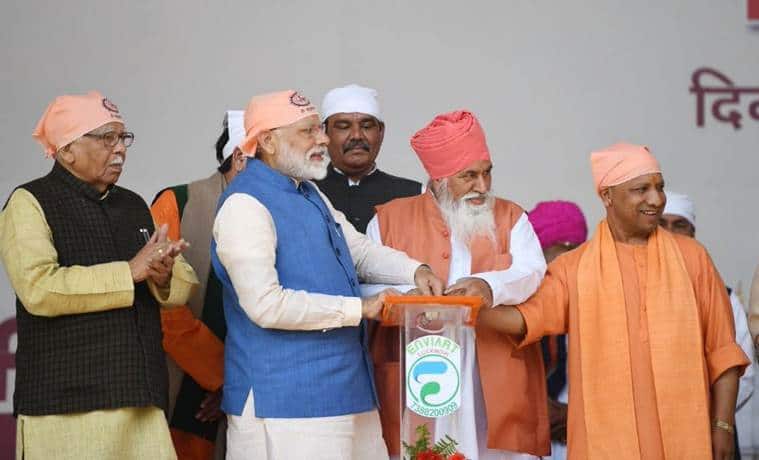 To fulfill your wishes, foundation stone has been laid: Modi

On his visit, Modi will be inaugurating two hospitals in the city.

After offering prayers at the Ravidas temple, Modi lays the foundation stone for Guru Ravidas birthplace development project. Addressing people at Kashi and Modi promises various developmental projects for Varanasi. The Prime Minister says various facilities for devotees including, a community hall would be built and quoted several teachings of Ravidas.

"If we had followed the teaching of Ravidas, India would have been rid of the caste system. Cheating and corruption has ruined the country," says Modi.

Modi vouches to provide education to children, jobs to youth, farmers cultivation, LPG to each family, power supply, Rs 5,000 to poor for medical assistance, irrigation. He also mentioned that Rs 6,000 would be directly transferred to farmers as was stated during the interim budget.

"This is just the beginning. Each will receive the benefits of these schemes," says Modi.

Will go to banaras and inaugurate to hospitals today.

Modi was greeted by Divyangs at Kashi

PM @narendramodi was welcomed by Divyangs at Kashi. #BadalRahiHaiKashi pic.twitter.com/I0n4AOFiNm

Good Morning! Welcome to our live blog. For latest updates on Prime Minister Narendra Modi's visit to Varanasi and elections, stay tuned to the page. 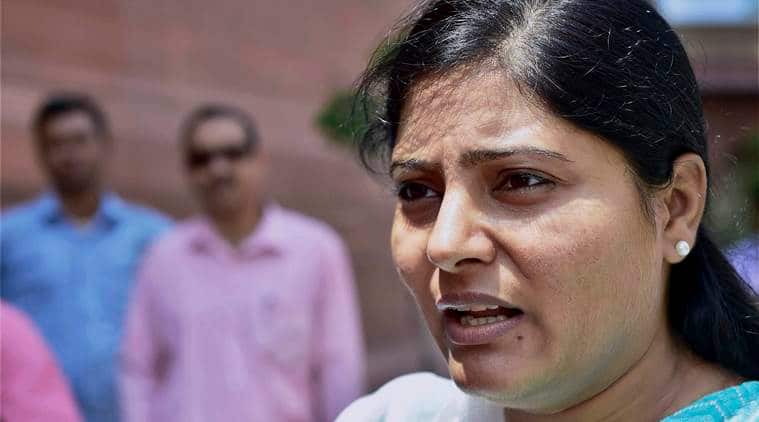 The BJP faces challenges of keeping the support of NDA allies in Uttar Pradesh who are not content with the functioning of the Yogi Adityanath's government and the state BJP organisation.

According to sources, leaders of the Apna Dal (Sonelal) and Suheldeo Bharatiya Samaj Party (SBSP) are upset with the BJP-led UP government because workers of allies were not being appointed to corporations and boards and also because no discussion was being held regarding seat-sharing for the Lok Sabha polls.